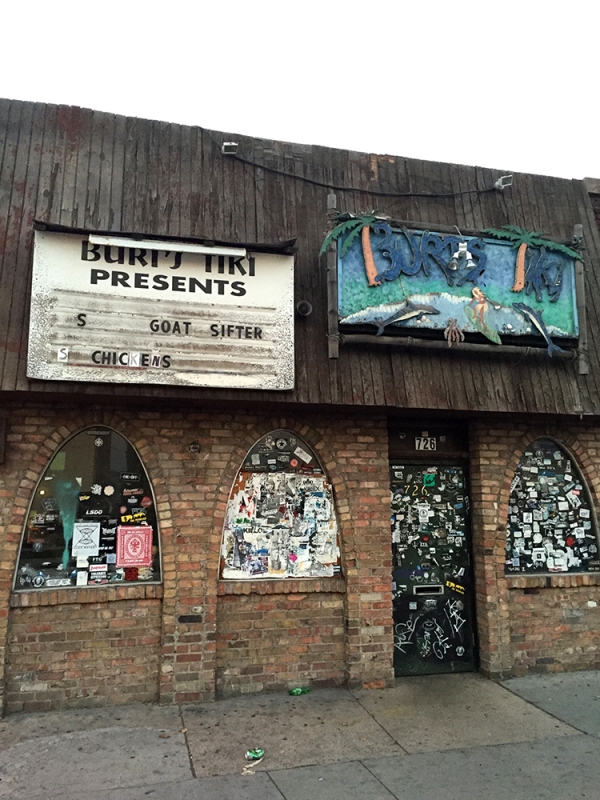 Burt’s Tiki Lounge was a place where one checked their “scene cred” at the door and let the bar’s flier-ridden walls tell the venue’s story—and a damn-good chunk of Utah’s underground music tale at that. There was no place quite like it in Salt Lake, where a bright-eyed 21-year-old could chat over PBRs with a scene vet who’d seen the first incarnations of bands like The Boards, Massacre Guys and Maimed for Life and lived to tell about it. It was blue collar, honest and, most of all, a community space. No other venue provided a band the opportunity to play their set while watching The Toxic Avenger on one of the TVs hanging from the ceiling. Whether it was a Tuesday night with handful of people aware of an obscure touring band like Pleasure Leftists or a packed house for Swingin’ Utters, Burt’s was always a bastion for music. The old guard of punkers and metalheads ushered in many a 20-something, who, in turn, kept the sound waves fresh and boundary-pushing (and abrasive, if we were lucky). Each bartender would treat you like family—especially if you were family. In turn, when an extra hand was needed to work the door or build onto the stage, someone would inevitably step up. Sure, it was a little rough around the edges, but that was its charm, and they eventually fixed the water heater and got soap anyway. Toast this venue who’d be hard-pressed to turn a band away with a Cerebral Assassin, their trademark drink: Mix Jägermeister, Old Crow and energy drink, shake it up, and down the hatch as a shot. R.I.P., you dirty, old bastard.