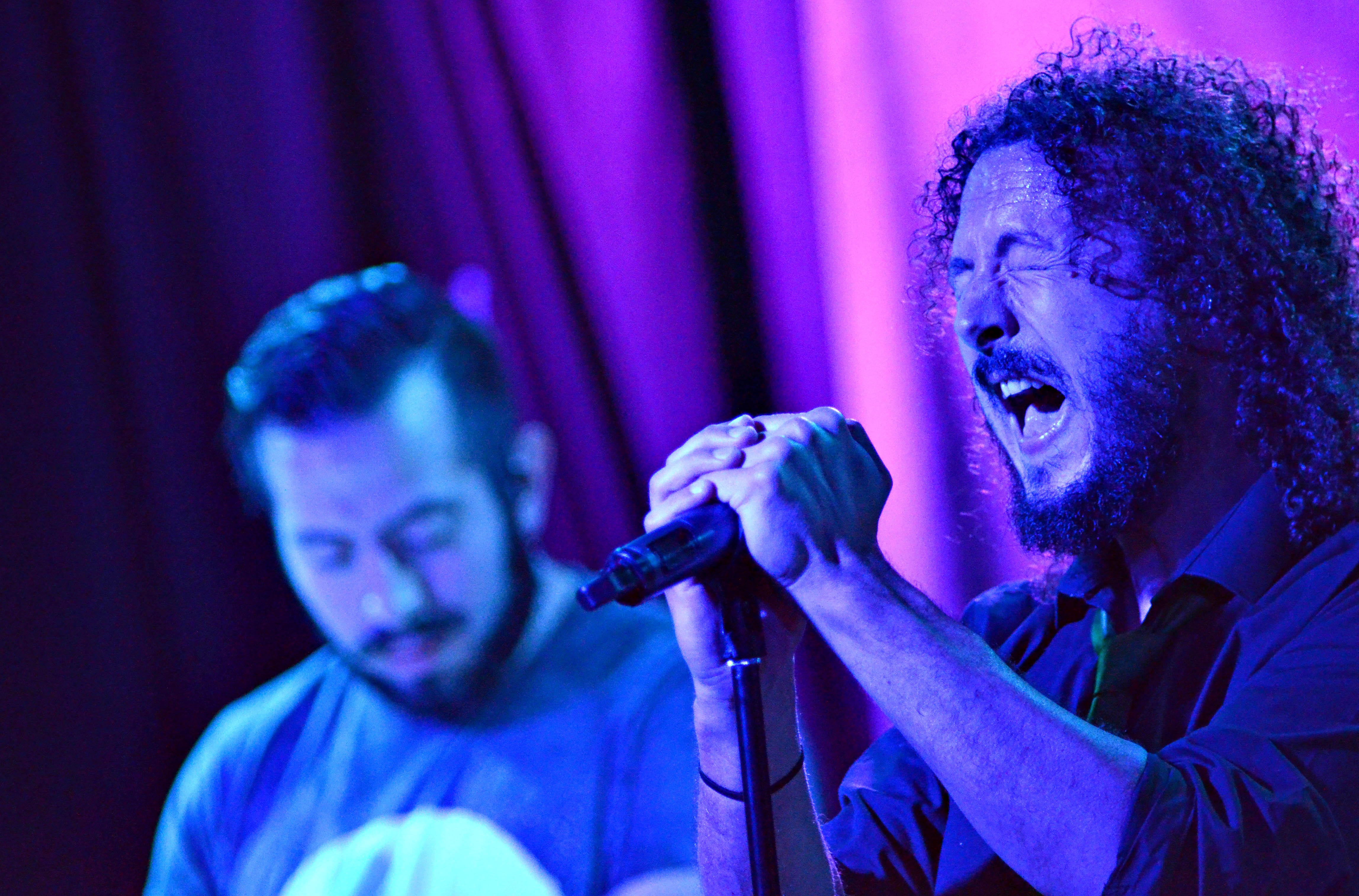 Jennings with power and intensity.

LA’s three piece Mammoth opened the evening with a short set that got the crowd swaying and tapping. Mammoth’s sound is like jazz-fusion and prog rock had a heavy metal love child. I was reminded of Alan Holdsworth’s song “Metal Fatigue” throughout their set. Spicy Wolf Man, on the band’s website says, “Mammoth flit around ever-shifting time signatures and key changes without missing a beat, and they do so with assuredness and confidence while managing to  blend elements of prog metal, jazz fusion (à la Allan Holdsworth) and funk. Pretty awesome stuff on display here.” I agree.

Next up was Sithu Aye. Sithu Aye could be described as “ridiculously complicated and noodly guitar-work can be found all over …” says Daniel Davis from Sputnik Music. It’s true. Every player’s fingers were a constant blur as they dished-out a nearly impossible display of speed, dexterity and musicianship. The rockers were out in force as headliners Haken launched into their set. From Pink Floyd–ian atmospheric soundscapes to an amalgamation of jazzed-up Rush, Yes and Dream Theater, Haken is a music nerd’s dream, and Urban Lounge’s small space was an ideal place to see them. The space is small enough so one could count all eight strings of each guitar and all six on the bass easily—yes, these guys are serious musicians and could probably play anything by Bach or Chopin while chewing gum and walking backward. If the movies of Bilbo Baggins and Gandalf were set in the 21st Century, Haken would most certainly be asked to compose the soundtrack.