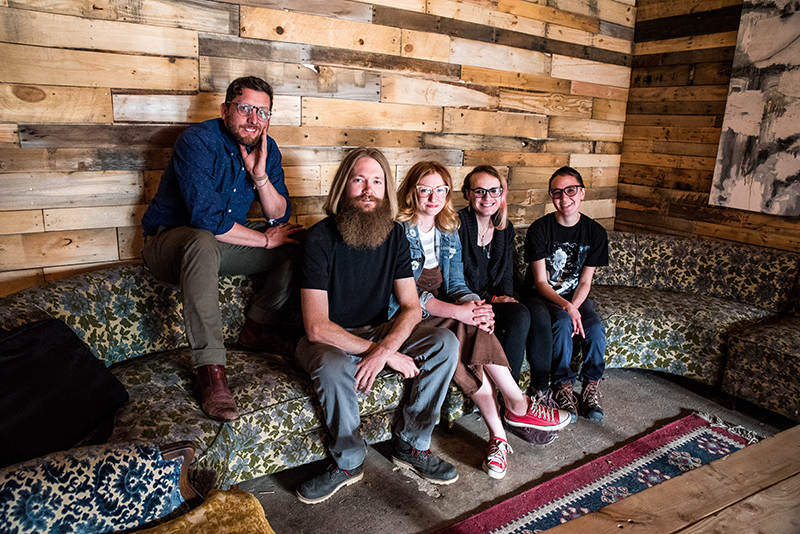 As a founder of the Pillars of Salt zine, Sara Faulkner walks the streets of Provo with a purpose. The zine group is able to offer a listening ear and a supportive platform to those who are looking to express themselves and for youth who are struggling with who they are. However, the Pillars of Salt team has recently decided to try a new platform. On May 20, the Pillars of Salt squad are hosting a carnival-themed benefit called Carnival Outré, and its mission is to not only educate and provide resources but also to bring together the collectives and spaces made by and for LGBTQ+ folks, women, people of color, non-binary folks, people with disabilities and so many others.

“We initially recognized three issues in Utah,” Faulkner says, “the first being a serious lack of community involvement, the second being bullying and lack of empathy, and the third being suicide itself.” These three issues motivated Faulkner to found Pillars of Salt last year to create solutions and normalize conversations about these issues. “We’re creating a community through bringing empowerment to these individuals and allowing them to express their vulnerabilities and experiences. … By giving everyone a place to express themselves, we’re allowing the opportunity for people to make connections, and that’s how we’re building a community and taking care of each other.”

Faulkner definitely had these original issues and solutions in mind when organizing Carnival Outré. By including diverse vendors, organizations and individuals, the carnival is meant to be not only a celebration but also an educational experience. “It’s all about knowing what options you have,” Faulkner says. “I know that when I first moved here [from Seattle], I didn’t know that I had so much available to me. So, I really want this carnival to be just as beneficial as it is fun.” Representation is one of the most important elements when it comes to this event. Whether it’s through the vendors, performers or even the hosts themselves, Pillars of Salt intends to take action and create a unified, fun environment for everyone to enjoy. The carnival will be held in Provo at The Boxcar Studios and will be organized in an approachable way through not only the playful carnival theme but also the tabling organizations. By collaborating with local organizations like Provo Pride, Racially Just Utah, the Peculiar Journal, Studio Studio Dada and more, the carnival offers exposure to just how many resources are available for those who are seeking support or community. Plus, each table will feature a classic carnival game such as fortune telling, balloon pop, ring tosses and face paint.

Pillars of Salt is working hard with other helping hands to create a safe, open-minded community within Provo. By creating their zine and by working on Carnival Outré, they’re reaching out to people to offer them support and a creative outlet. Through this event, they hope to spread that message to the people of Provo and give Provo diverse representation.

Carnival Outré is taking place at The Boxcar Studios in Provo on May 20. The fun starts at 7 p.m. and goes until midnight, when there will be dancing and playful fun! Stay updated on Carnival Outré through the Facebook event.

Editor’s Note: This article has been updated from the print version to reflect changes in Pillars of Salt’s personnel.