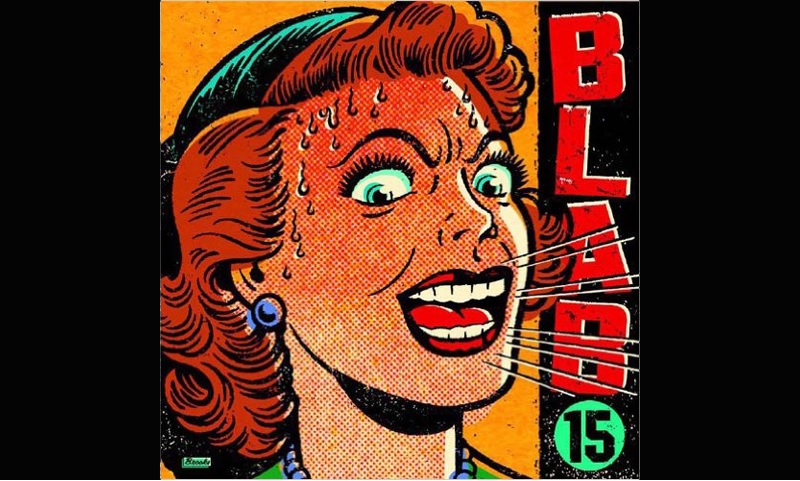 It might seem fairly easy to put together a provocative compilation of graphic and comic art. Yet, like a good mix CD, editions such as these must be well-paced, possess some semblance of continuity and narrative cohesion and offer only the finest quality material. With a few minor exceptions, Monte Beauchamp ’s current work with the Blab! series represents such attention to detail. The collection opens with a triptych of offbeat black-and-white tales (color does not appear until page 25), the highlight being Matti Hagelberg’s morose, meticulously crosshatching (His Shoes Say UKK). Amongst a series of two-page spreads, Christopher Northeast offers the most charming two-page work (What’s That Stink?) I’ve seen in some time. Through a mere 120 pages, Beauchamp covers many interesting outsider graphic styles, from bucolic Howard Finster-esque folk to contemporary graffiti, but doesn’t neglect exciting new work based upon major comic conventions. Devoting the latter pages to some longer narratives (and short fiction), the collection loses a bit of its aesthetic steam. Yet a return to the stark black-and-white style for the final two entries does enough to reunite Blab; that the missteps (the silly pastel cocktease Astrida tops this list) are easily forgiven. –Justin Burch