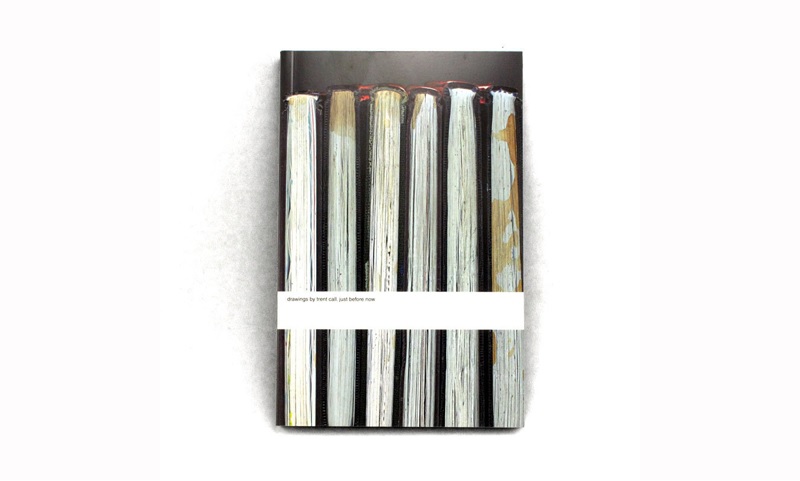 Just Before Now “is filled with selected drawings from six different sketchbooks during the time of March oh three to April oh four” (back liner note). It starts with a To Do List containing 12 items with three crossed off, one of them being, “Book.” This sort of quaint, offhand individual expression gives Just Before Now most of its character, which one also feels when viewing it as a whole and sensing the varying levels of “completeness” from page to page–from starkly outlined and fully shaded pieces down to my favorite page, which has only scribbles at the top and, “I fell asleep sittin’ on a cinderblock this afternoon” written off to the side. Between the covers are a variety of different artistic styles, including still life, Swinj and local band gigposter mockups (Red Bennies, Form of Rocket, the legendary Death by Salt Release Party), written notes from a European adventure, scattered cityscapes and of course, portraits–some of people I recognize (Ryan Jensen-Tree, Fletcher Booth, Will Sartain) and some of people I don’t that you probably will. Each portrait seems to emphasize some single perceived aspect of the subjects’ character that the tonal aesthetic of the portrait is then centered around. This simple, almost childlike comprehension of the world spreads very apparent through nearly every sketch and infuses cohesion into what were once spastic and random thoughts, building the sense that defines Just Before Now as a true whole–a book, rather than a collection of art. –Nate Martin