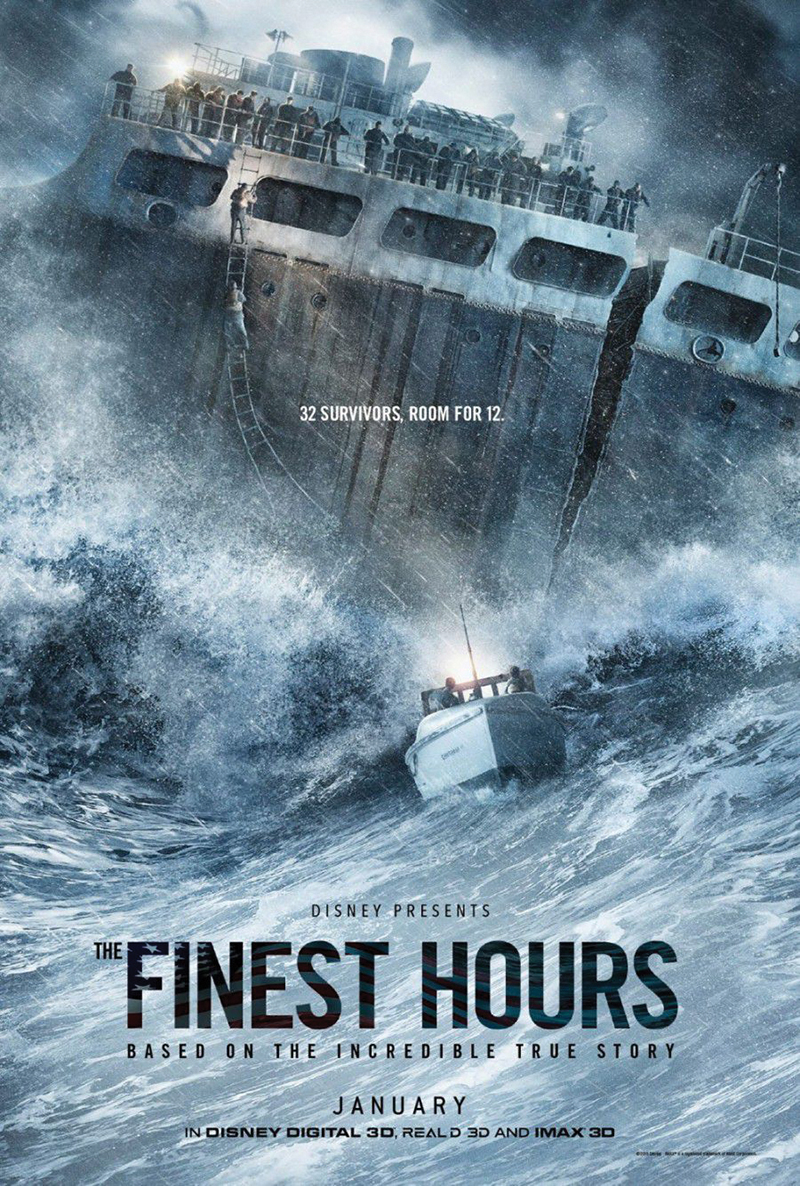 Among the many film divisions under the Disney umbrella—including Marvel, Star Wars, Pixar, The Muppets and Disney Animation—one you can be certain to witness every year that attempts to tug on the heartstrings: the inspirational, live-action, true-story project. In fact, director Craig Gillespie gave us Million Dollar Arm in 2014, so he’s no stranger to the topic of discussion. In his latest endeavor, Gillespie unveils the heroic tale of Boatswain’s Mate First Class Bernard Webber (Chris Pine) of the Coast Guard and his 1952 attempt to rescue a sinking oil tanker that has broken in two with the back half still carrying 32 desperate crew members. Along with one of the greatest Coast Guard rescue missions to date, Webber and his fellow coasties must also navigate the hurricane of force that comes in the form of his strong-minded girlfriend, Miriam Penttinen (Holliday Grainger), who refuses to stand in the shadows as she demands the safety of her lover from his commanding officer, Daniel Cluff (Eric Bana). While venturing to the disaster site, the other half of the film focuses on Ray Sybert (Casey Affleck), an introvert mechanic aboard the tanker who must take control of the turbulent setting and calm the remaining survivors’ nerves in order to survive. Time after time, viewers will find themselves thinking, “I can’t believe this really happened.” The image of a massive ship split in two and floating adrift in the sea is truly unbelievable. While the tanker’s exteriors are primarily visual effects, the interiors include a beautifully crafted four-story practical set. At the beginning of the story, Pine thoughtfully depicts Webber as a compliant guardsman unwilling to question authority, but as the dangers become a reality, Pine channels the insubordinate traits of another Captain he portrays in another production series. Gillespie succeeds at showcasing the moving human spirit, but keeps things exciting with exhilarating ocean action sequences with nerve-racking weather conditions. –Jimmy Martin