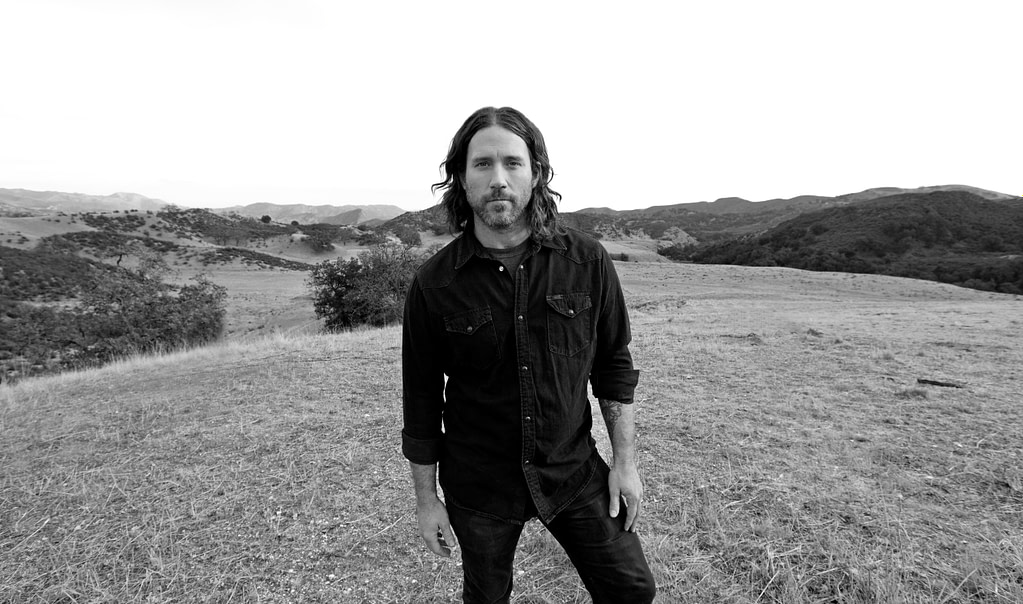 For some seemingly inexplicable reason, there is a connection between roots music and punk rock. It at least goes back to the likes of Joe Strummer and others early on, willing to admit they might’ve sped up the wheel, but they certainly didn’t invent it. There’ve been many punk rockers who’ve tried their hand at roots music, but none of them do it with the weight that Chuck Ragan does it. His solo material can hit with every bit of bite that his more aggressive endeavors do. Layering a rich recipe of instrumentation that includes steel guitar and violins, all topped with Ragan’s soulful, gravel-throated vocals.

I got the chance to ask the solo artist and Hot Water Music frontman some questions about coming up in the Florida scene, his creative process and a few a few others topics only this punk rock troubadour can shed light on.

SLUG: Lets get this out of the way: When are we getting a new record?
Chuck Ragan: Not until 2020, at least. 2019 music energy will mostly be directed to the Hot Water Music 25 year Anniversary.

SLUG: What’s your songwriting process like? Are you hearing a fully produced song when you write, or do you just write with an acoustic and add everything else later?
C.R: It varies. I document quite a bit, so I tend to have a lot of bits and pieces. Every once in a while, a song will emerge and I’ll see it through, start to finish, immediately. They usually all begin and end acoustically, though, whether solo or HWM.

SLUG: What was it like coming up in the Florida punk scene?
C.R: Inspiring. It was everything we had hoped it’d be when we moved—wild, free and a little dangerous. Just as in any other scene or small town, politics would divide folks here and there, but for the most part, it was all good energy and good fun.

SLUG: What do you think is/was different about the Florida scene than others?
C.R: After traveling and experiencing different scenes and communities, I can honestly say that there wasn’t much of a difference. It seems that there was a like-minded ideal and ethic when it came to music, no matter what state or country you were in. You had lifers and you had folks who were in it for the fad or style of it, as well as key-players in the scene or industry that ran labels, radio, venues or zones that were always keen on rooting for the underdog and giving no-name bands a shot when no one else gave a shit.

SLUG: What is your history with folk/roots music?
C.R: I grew up in a Southern Baptist household and a Cajun Family in the southeastern region of the States. Gospel, bluegrass, Cajun and Country music was what I heard growing up. As a teen, I found skateboarding and alternative music that drove me away from the traditional music I grew up around, but it seems that a lot of folk music from friends’ parents or friends’ siblings always found its way through to our ears.

SLUG: Were you always into it? Did you ever reject it?
C.R: No. I rebelled quite a bit as a teen and found a home and purpose in punk and rock n’ roll. I wouldn’t say I ever rejected it as much as just not pay as much mind to it. It wasn’t as much fun skating vert to the sounds of Pete Seeger or Woody Guthrie, if you know what I mean.

SLUG: What do you call your music, Americana? Folk?
C.R: Americana works for folks if they have to label it. To me, it’s just what comes out so it’s hard to classify especially since at the end of the day, it’s all just rock n’ roll.

SLUG: Does the Americana/folk/country establishment acknowledge you?
C.R: I’ve gotten more support from more communities than I’d ever dreamed I’d get. I feel rather lucky to be able to create music and have folks get something positive out of it.

SLUG: What other artists do you feel a camaraderie with?
C.R: I feel blessed to have the opportunity to play music with artists that I admire. Cory Branan, Tim Barry, Austin Lucas, Jenny Owens Young and the list goes on. I often pinch myself as a fan playing these shows, realizing I’m a piece of the puzzle.

SLUG: There’s a fair amount of punk rock guys that have turned to playing roots music of in some way—what’s the connection as you see it?
C.R: It’s honest, forthright, it can be political, it can ruffle feathers—much of the same elements that got a lot of us into punk or rock n’ roll at an early age. Some have a history and have done it long before anyone listened or cared, and some have recently found an admiration for the independence of it. Either way, if it’s positive and from the heart, there’s not much I can say against it.

SLUG: I know you’re quite the outdoorsman—does that feed your creativity?
C.R: Very much so. It’s certainly where I find quite a bit of peace and clarity. Many of my songs begin, develop or get finished on the water or in the woods.

SLUG: You’ve recently played Crucial Fest here in Salt Lake—do you approach festivals like this differently?
C.R: This is a very different festival than what I normally play in terms of the lineup, but I look at it no differently than playing anywhere else. I’m gonna give it my best shot and play as if it were my last as I always try to do.

SLUG: So many of these festivals have popped up in the last couple years, is it a good thing for artists? Does it affect touring at all?
C.R: I believe a gathering of any sorts around music is always a good thing for the artists and crowds alike. It’s how we hear and see if artists we normally wouldn’t find otherwise and as a musician, it’s a way we have a shot at playing in front of folks who normally wouldn’t find us otherwise. It’s a great thing.

Chuck Ragan is one of those artists that has the ability to speak to a vast amount of different people. He’s a punk rocker with roots. He’s an outdoorsman, a poet and he’s able to tap into those things and be relevant. Though we may have awhile to wait for new music from Chuck, I know that it’ll be worth the wait.