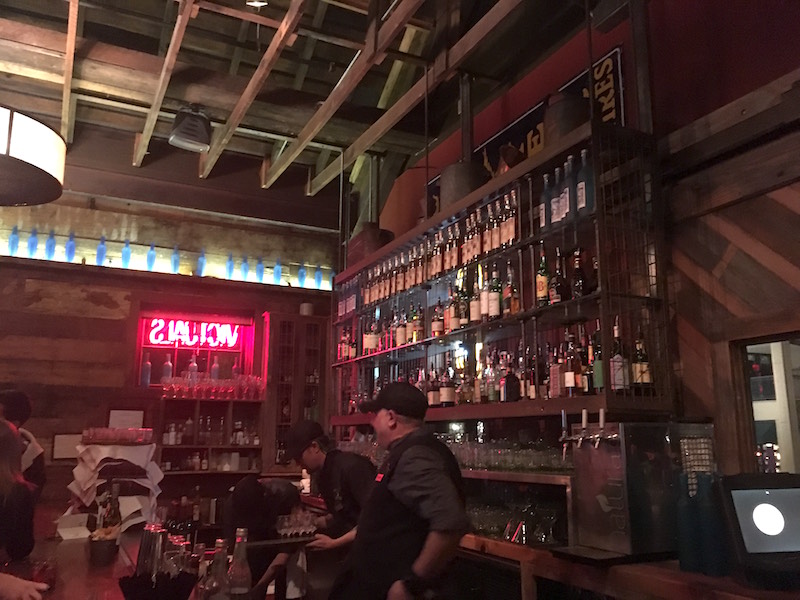 The WhiSKI Series: High West and TGR Team Up For A Great Show in Park...

Some things in this world were just meant for each other. You can probably think of a few of your favorites, but one we can all agree on is whiskey and skiing. Born of two of America’s favorite pastimes, The WhiSKI Series is handcrafted to bring a “small-batch experience” to a few select mountain towns this season. The brainchild of Teton Gravity Research comes to fruition over the fall with the help of sponsors like Charles Schwab, REI and Yeti Coolers. While many folks think of a ski movie premiere as a raucous auditorium filled with belligerent ski bums frothing at the mouth to see their favorite ski heroes shred the gnar, the WhiSKI Series is a bit different.

The final installment of the tour lands at the venerable High West Distillery in Park City, just under the iconic town lift. Bearing the title as one of the world’s only ski-in, ski-out distilleries makes High West a jewel in the crown of the Wasatch. This artisan enclave has made quite the name for itself over the last decade by purveying some of the finest spirits this side of the Mississippi.

The night starts off with a warm welcome of hot potato and elk sausage soup, served out of a huge cauldron, paired with a tasting of two premiere whiskey and bourbon staples, Campfire and American Prairie. Settling in for the night’s entertainment, we are greeted with a very casual seating arrangement of no more than 100 people under the wooden rafters of the saloon. The crowd is distinctly different from most ski films I have attended, but everyone is friendly and more libations are spread across the room. Our hosts serve us a mellower and cleaner tasting whiskey called Valley Tan, a throwback to the Mormon pioneers who enjoyed a few sinful delights now and then. TGR cofounder Steve Jones greets the audience and shares the backstory of all the hard work that goes into making a high-caliber film like tonight’s showcase, Rouge Elements. He is joined by perennial TGR athlete Dash Longe to answer questions for those interested in learning more. Longe and Jones met years ago and have shared many experiences across the globe. Longe continues to be a part of the core team and spends his time working for Rising Star Realtors when he isn’t on the road. It is interesting to hear all the pieces that go into making a film and how the athletes make it all work both on and off screen.

As the lights go dim, we are handed yet another delicious treat, the Mid-Winter Night’s Dram, a unique twist on the High West Rendezvous Rye finished in French oak port barrels. Master Distiller Brendan Coyle shares his excitement: “A big part of our company’s heritage is located in ski country, and to have a partnership like this with TGR is a huge thing for us,” he says. “We try really hard to connect ourselves with the local community and want to promote our town to the global community.”

The film opens with another stellar performance from local wonder Angel Collinson slaying huge peaks in Alaska. Her stature as a skier continues to amaze, and her enthusiasm for the mountains might only exceeded by that of her younger brother, Johnny Collinson. The duo visits some of the most extreme terrain home and abroad as they go turn for turn with other local powerhouses Tim Durtschi and Thayne Rich. Come to think of it, nearly 50 percent of the Jackson-based filmmaker’s roster calls SLC home. Throughout the movie, teams of world-class athletes head across the globe chasing snow and the raw power of nature. From the heights of Bolivia to the lowly streets of Duluth, there is something for every genre of skier. Jeremy Jones also makes his mark on the screen as one of the most prolific snowboarders of this generation. His heel-side slash is true inspiration for all mountain sliders near and far. Rounding out the film are a cavalier bunch of mountain bikers chasing skiers through the iconic terrain of Jackson Hole at speeds not approved for all audiences. TGR brings the noise in this film, and it will definitely find its way into my personal collection.

Ryan Moore, our emcee and local ski-business man, deserves a lot of credit for bringing the rogue elements of the community together to share in an incredible evening and build the stoke for the coming season. We truly are blessed to live in this beautiful landscape and our tribe is one of a kind.

For more info on the WhiSKI Series or to download the film, check out tetongravity.com. Cheers.