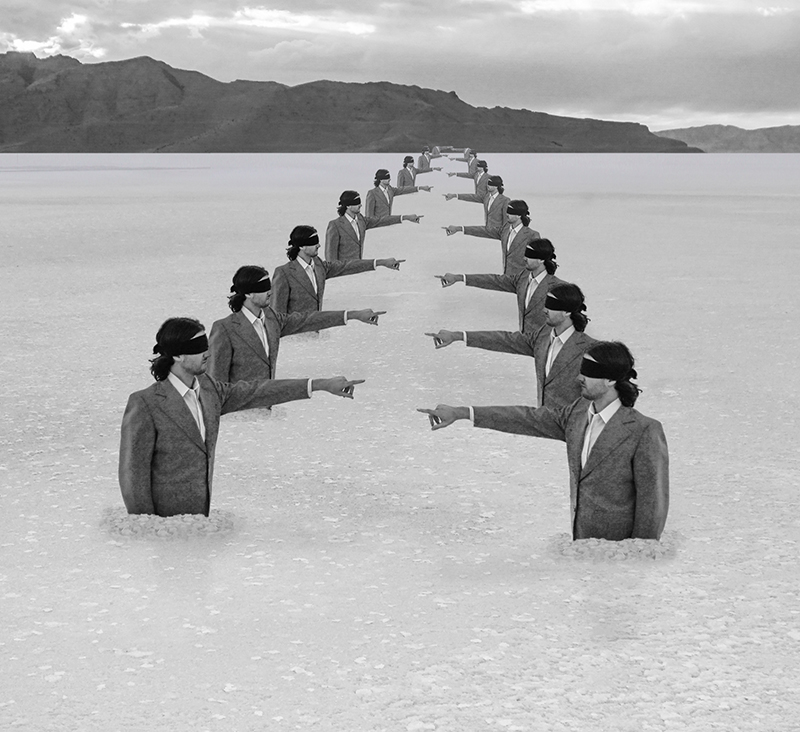 On this episode of Soundwaves, Night Marcher musician and rock prodigy Rob Reinfurt discusses finding his path by playing music, writing lyrics on trains and their new album Us & Them.

The name of the group, Night Marcher, came to Reinfurt somewhat by fate. After a friend told him to inspect Hawaiian folklore, he found the story about the Night Marchers on a random page in a book from the library. Feeling inspired by the story of the ghosts of Hawaiian warriors, Reinfurt decided it was the right title for his project—all the while feeling as if the name was familiar to him. Later, he realized the name was also used as the title of a song by Medeski Martin & Wood, a group that Reinfurt fell in love with after seeing them perform live, eventually inspiring him to buy a drum kit and move him on the path towards music.

In 2009, Reinfurt found his life “turned upside-down” after some trouble with the law. This led Reinfurt to begin seriously writing songs and lyrics for the first time in his life. As he moved his life away from his poor decisions, Reinfurt began writing lyrics while he was traveling, mostly on planes and trains.

The inspiration for Night Marcher’s Us & Them came to Reinfurt after purchasing a piano from a blind, one-legged man named Stumpy online. To learn to better play the instrument, Reinfurt turned to the playing of Bill Evans on the Miles Davis album Kind of Blue.

Reinfurt feels that much of the music he writes is dark, but he set out to write more upbeat songs for Night Marcher’s new album. He says that he allows for the music to come to him in his songwriting, and he’s excited to share Us & Them soon. In the meantime, listeners can enjoy a newly premiered track, titled “No More Yes Men.”