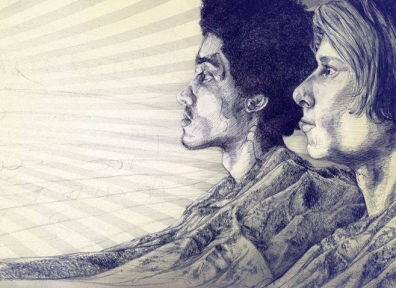 Some Dope Thoughts with DopeThought
By Allie Russell

Each city with a recognizable hip hop scene shows its own characteristics in its music. “There is a strong religious and spiritual influence in Utah. It’s not gonna sound like other cities—it’s gonna sound like Salt Lake.” SLC gets a bad rap from outsiders when there are so many different types of people, especially those expressive through art. It’s as though Salt Lake has an established norm which gives outsiders a preconceived idea—most of us get lost in translation. MakeMind has a goal of changing that norm.  … read more

Film Review: Worth
By Patrick Gibbs

When Worth kicks into gear, it’s a moving and interesting story that captures both a collective and individual experience. … read more