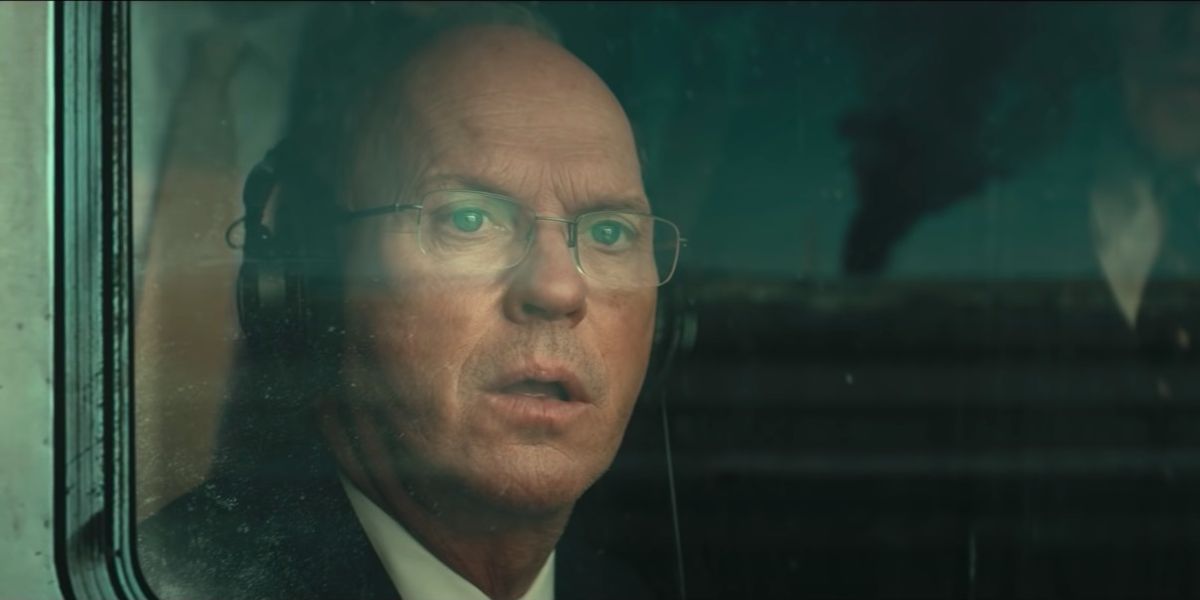 There are some subjects that are hard to build a fun movie around, with both 9/11 and financials high on that list of topics. Luckily, Worth, the new film from director Sara Colangelo, isn’t trying to be fun.

Worth is a fact-based story that begins with the 2001 attacks on the World Trade Center and the Pentagon. There’s a lot of fallout to deal with, one being the fear that lawsuits filed against the airlines by victims’ families could have far-reaching and devastating economic consequences. In response, Congress creates the September 11th Victim Compensation Fund, led by attorney and renowned mediator Kenneth Feinberg. He is played by Michael Keaton, who made room for this one in between fighting with Maggie Q in The Protégé and returning to the role of Batman in 2022’s The Flash.

Feinberg is assigned allocating financial resources to the victims of the tragedy. Feinberg and his firm’s head of operations, Camille Biros (Amy Ryan, Gone Baby Gone, Bridge of Spies, The Office), face the impossible task of determining the worth of a life to help the families who’ve suffered incalculable losses. When Feinberg locks horns with Charles Wolf (Stanley Tucci, The Terminal, Supernova), a community organizer mourning the death of his wife, his initial cynicism turns to compassion as he begins to learn the real human costs of the tragedy.

It takes about 45 minutes for Worth to start hitting a good stride. Being a Netflix release, it’s going to have its work cut out for it keeping viewers up to that point. But those who stay will be glad they did—when Worth kicks into gear, it’s a moving and interesting story that captures both a collective and individual experience. It asks some interesting questions about the tangible versus the intangible, even if the story never really takes its own advice, where Feinberg learns that he must deviate from his set formula.

Keaton gives a stellar performance that anchors the movie. While his New England accent may take getting used to, he pulls it off nicely, and Ryan lends able support, which is unfortunately all that Hollywood seems to want to let her do. Tucci excels in this low-key role. Whenever he and Keaton are onscreen together, it’s hard to look away. But the most memorable performances actually come from Laura Benanti (Supergirl, Here Today) as Karen, the wife of a first responder who was killed in one of the towers, and Andy Schneeflock (Orange is the New Black) as Graham, a man who lost his same-sex partner but is not legally entitled to anything because they couldn’t lawfully marry in his state.

As a director, Colangelo (The Kindergarten Teacher) does a better-than-serviceable job but never achieves genuine inspiration. The same can be said for Max Borenstein (Godzilla vs. Kong) and his workmanlike screenplay. Worth is a good film that knows how to successfully push all the right buttons for this sort of procedural drama—and I like that kind of film better than a lot of critics do—but it’s not great and certainly nothing new.

That said, Worth keeps the audience mentally and emotionally engaged, which is primarily what it sets out to do. I’d give Worth a strong recommendation as a film deserving of your time. Despite being a good movie that treats its subject matter with the respect it deserves, it’s just not going to be remembered as one of the year’s best or as anything bold or innovative. Ultimately, however, the film acknowledges that its plot is not just reenacted subject matter, but it honors 2,996 individual people, each with a name and story that will live on forever. –Patrick Gibbs