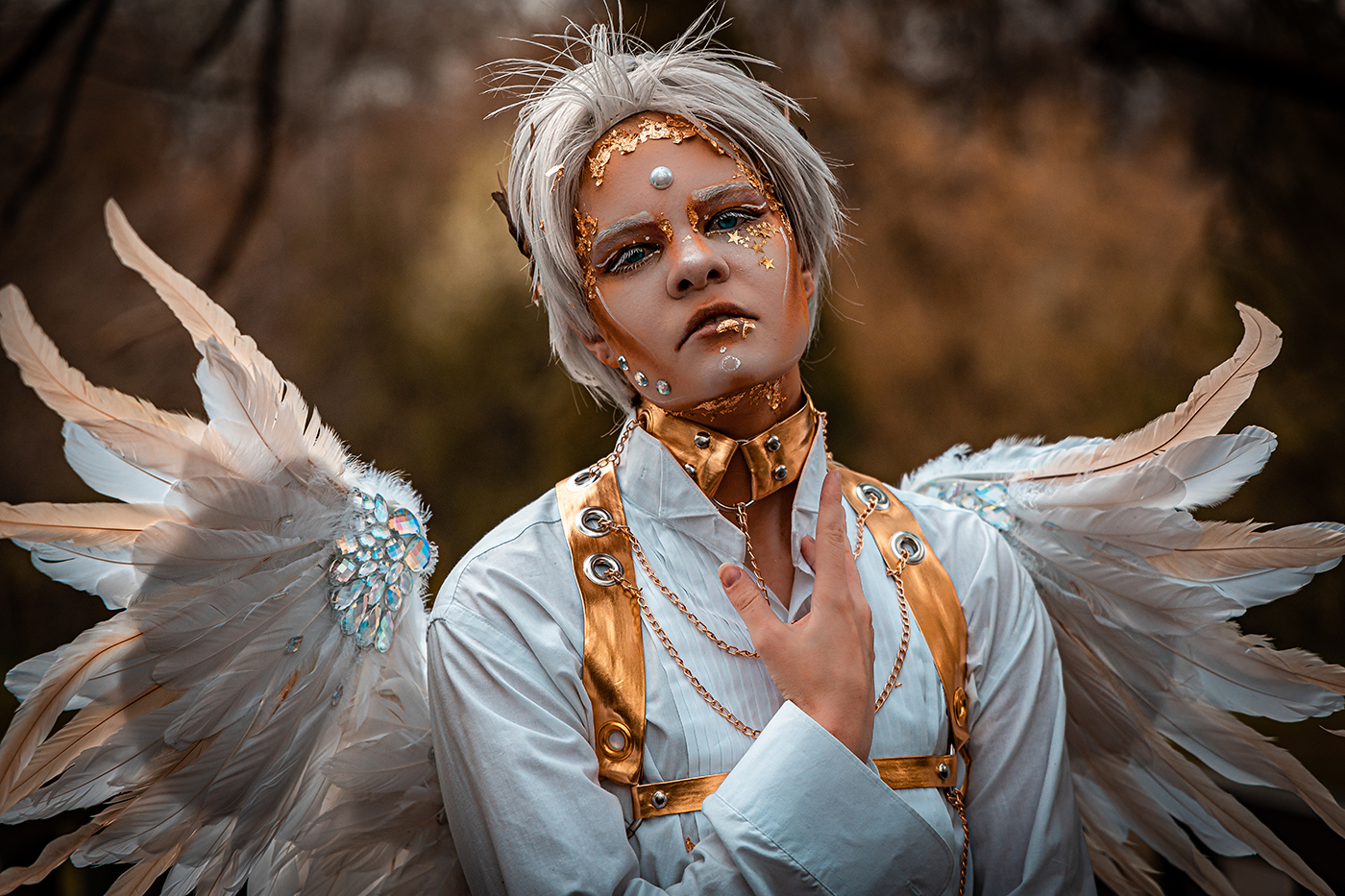 Chris Tall is a handsome Drag King who’s been a forerunner of the male drag scene in Utah the past several years. Focusing on sharing love, Chris is an artist who consistently provides space for entertainment and escapism. A huge supporter of local art and community, Chris is working on progressing not only his own drag and personal life, but also uplifting all those around him—especially during these challenging times getting through COVID-19 and social distancing.

Chris says that if we had sat down with their 12-year-old self, they would have told us there would be no way they’d be performing “onstage at bars with a bunch of lovely queers every other week,” mostly because of their Mormon upbringing and quiet nature. In high school, Chris became involved in cosplay, art and costuming and through this, began questioning their own identity. After attending several months of college, it really hit him that others’ expectations of his life had started to outweigh his own, and he made the decision to get involved in drag around 2017.

Drag has had more than just an artistic and communal impact on Chris. Through the art of drag, Chris was able to come out as a trans man. When explaining this revelation to me, Chris says, “I’ve made some incredible friends, experienced a world I had no idea about [and] grew more confident. It’s done wonders for my mental health and given me a space to be me. It made me develop skills I never thought I would have an interest in. And I’m pretty sure I’m not the only one who feels this way about drag. It’s such an important medium to me—I honestly don’t know where I’d be now without it.”

“I’ve made some incredible friends, experienced a world I had no idea about [and] grew more confident.”

The drag persona of Chris Tall started as a family-friendly pun of a name since Chris is actually not tall and started out in drag with a full crystal-gem beard. Additionally, their character is a type of interstellar alien from another planet since he’s into space. “I made a character that’s this prince of a crystal planet, using shapeshifting to learn about and communicate with humans,” Chris says. Chris has lately been experimenting with a variety of music and performance style, and has been working on more choreographed numbers. “Also, I quickly learned that gluing rhinestones to my face every week is not good for skin and not very sustainable, so now it’s more reserved for special occasions.”

The style of drag Chris is generally seen to be performing is a type of artistic camp—“pretty boy looks,” he calls it—with a “dash of goth or creature energy.” They are a genderless fella and especially fabulous with his looks. In the past, their shows have expressed a variety of performance art, from burlesque, kink, emotionally moving pieces, hot-clown balloon art, and genderf**k in either femme or masc looks. He’s inspired by Lady Gaga (as we all are by our Queen), KPop musicians and other local drag artists who make it “hard not to be inspired,” according to him.

“We’re building something here in Utah.”

Speaking on local talent, Chris admits that other queer folk in our Salt Lake community are some of the most encouraging people he’s ever met. I think we can all agree that our community here is special, particularly among LGBTQIA+ members. “Here’s such a community of building each other up and strengthening each other. Every show I’ve been in has been so welcoming and warm—everyone is family,” says Chris. And I completely concur. “We’re building something here in Utah”—and I think we can all see that quite clearly now, more than ever. With virtual drag shows and online training courses in the arts, Venmo tipping and personal-goods trading becoming the norm for our social interactions, Chris has still continued to push his art and support those around him, which has continued a growth that’s awesome to see.

Chris is a genuine individual who I can tell sees the need for communal outreach in order to find growth in oneself and as a collective whole. “Drag is a voice,” he says. “I’m not a very bold person, but for a few minutes a week, it feels like, ‘Listen to me—I’m here’ for a bit. It breaks down walls and constructs and I can be someone strong and stunning for just a few minutes. It’s a way to connect to people that I never imagined. I, like any other performer, can use that voice to make pretty cool things happen.” Although these are times of great uncertainty, Chris feels confident and content with the impact their art currently has on those around them. “I wanna keep pushing full force until I run out of ideas or physically can’t anymore,” Chris says. He’s still “figuring out his trajectory,” as he calls it, but we’re all lucky to be able to have such a performer and artist as Chris Tall.

Be sure to follow Chris online and support his journey as an artist and individual @drag.a.beech on Instagram and @thatchrispyboi on Twitter. Support local drag, and always tip your kings and queens. Stay safe out there, everyone, and make sure you wash your hands!