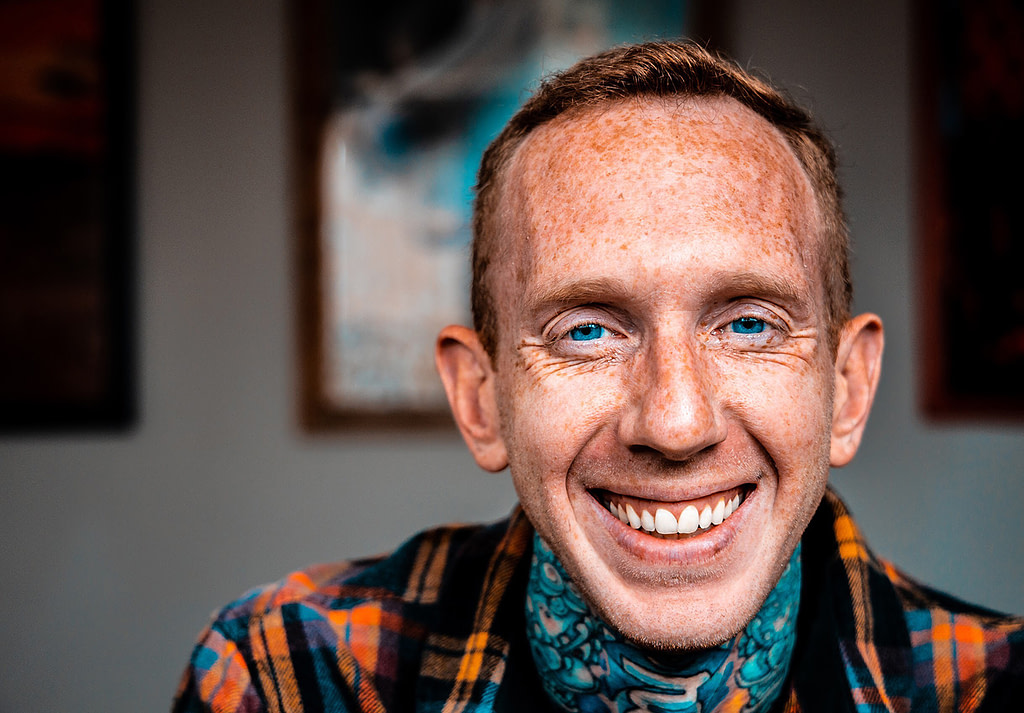 You may have discovered some of your favorite local icons through SLUG’s monthly column Bold & Beautiful. You are not alone in your latest favorites—Bonneville Jones has also met some of his dearest people through his photography work with the column. He uses his passion and inspiration to capture the divine moments that exhibit the passion manifested by his subjects pursuing their dreams. He easily captures this essence as someone familiar with making big leaps to do what he loves.

Jones experienced divine intervention in the form of drastic life changes shortly before 2016. He turned unforeseen circumstances into his dreams, simply by pursuing them. He traveled and dove into a whole new way of experiencing once-in-a-lifetime moments. “I had this dream of living the vanlife,“ says Jones, “I quit my job, cashed out my 401k, sold all of my belongings and hit the road! Along the way I realized how many exciting and unique experiences I was having and wanted to document them for nothing more than the sake of having memories of the trip.” During one of his trips out to the desert, a morning offered him and his pup Sasha a sunrise. He decided to take pictures and later showed them to his friends. These shots were the catalyst of his profession as a full-time photographer.

“The priority is to ensure that everything in the image has a certain flow that ties the scene together.”

Now, Bonneville Jones can mostly be found on the path of a lifetime through photography in photojournalism, street photography and doing Bold & Beautiful–esque shoots, though this is not the limit of his art behind the camera. Other than weddings, he enjoys all kinds of styles and genres of photography. His process in curating a scene for a shoot almost always starts with establishing a theme and foundational vibe. From there, Jones moves forward by organizing the looks of the subject or creating the environment they want. The priority is to ensure that everything in the image has a certain flow that ties the scene together.

Though the project may have its own style and mood, typically Jones will take time with his client shortly before the shoot and get to know them. This rapport helps the subject and the artist to feel comfortable and free in their authenticity before they’re on either side of the lens. This also facilitates the vital role of connection between the client and photographer, producing the best-quality images and a story that is dictated by the subject.

“Jones excels in his ability to support his subjects in the ways they want to be seen and heard.”

This connection is especially apparent in Bold & Beautiful, SLUG’s LGBTQ+ performing-arts-focused recurring digital feature, where Jones excels in his ability to support his subjects in the ways they want to be seen and heard. His methods for these shoots have changed over the past years because of his enhanced capabilities he now has with his own studio. His space allows him more opportunities for behind-the-scenes, preliminary planning. Jones now has enhanced and untapped control in easing the connection between his Bold & Beautiful subjects and their scene to create the raddest shoots for the raddest subjects.

Jones’ inspiration may have started with Sasha and other dog photography, but this past year he has discovered his new found inspiration in the work of David LaChappelle. His risque and avant-garde approach opened up Jones to a new world of possibilities in his own work, and he is currently on a mission to make those possibilities his reality. That reality is well on its way with Jones’ current output, clearly exhibiting that the photographer uses a raw style to tell the tales of people and businesses living out their own missions.

In his small amount of free time, you may find Jones studying up on old film techniques, different types of film and anything old-school Hollywood. If you’re interested in connecting with Bonneville Jones for commissioning work or collaboration, you may email him directly at info@bonnevillejones.com or through his Instagram at @bonneville_jones. For more information and to view additional work, visit his website at bonnevillejones.com.