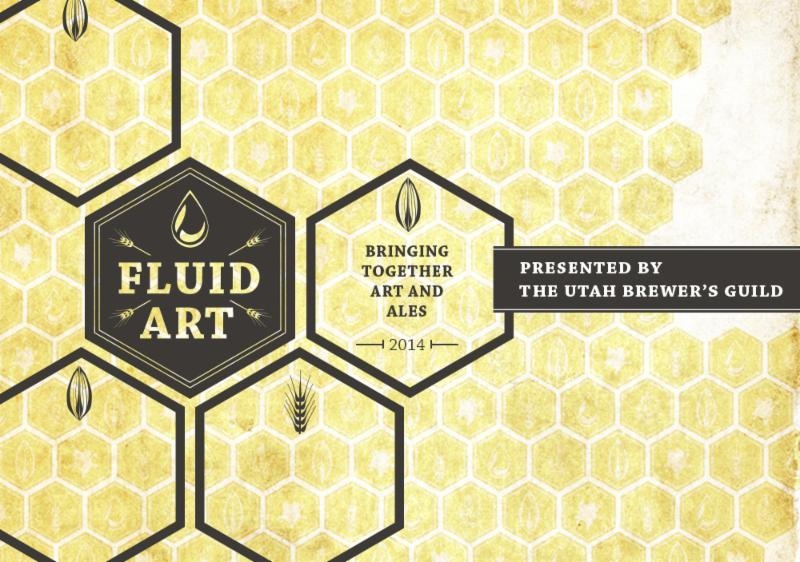 The 2nd Annual Fluid Art exhibit takes the best of Utah's contemporary art and pairs it with fine beers from local breweries.

This last Friday, Nov. 7, the Utah Museum of Contemporary Art, alongside the Utah Brewers’ Guild, hosted the second Fluid Art and the Craft event. The art on display paired up with 12 local breweries, making this this a perfect way to ease any craft beer drinker or weekend imbiber into experiencing SLC’s fantastic art scene.

As this was the second time that this event has been held, I was glad to see that our local breweries were collectively maintaining involvement with different sects within the city. The Utah Brewers’ Guild is a non-profit organization made up of local breweries who have come together to promote education and awareness in the community about craft beer and the craft beer industry. This night was great example of their dedication to preaching the good word about local beer and breweries. When chatting with Phil Handke, President of the Utah Brewers’ Guild, he said, “this is not just a great way to promote the guild, but to help raise money for the guild and the museum as well.” I think that these are two great causes and I could not agree more.

A contemporary art museum would be the last place I’d expect to find a decent microbrew, and frankly, I’m a bit burnt out on wine pourings in the back room at an art gallery. The merriment of these two was a great display of what craft beer and art bring to the table. Sitting back, it was nice to observe the diverse range of beer drinkers and weekend art goers. It was awkward at first, seeing the medley of beard-clad beer drinkers and artistic purveyors, but once it set in, the crowd seemed to mesh pretty well. While the lines to get beer were marginally confusing and somewhat long, as a beer drinker in Utah, that is something I am used to. Even so, I always found my way to a drink and enjoyed the art along the way.

As great as the selection was for the craft brews at hand, it was an equally impressive display of multiple mediums of contemporary art. I did find it rather hard to conceive of the concepts of the pairings, but I had a beer in my hand, so it was easy for this not-so-avid art-gallery guy to enjoy. My only complaint was this—the video on display in side room, where a dead horse was being gutted, was not being shown anywhere near Moab Brewery. Maybe that was a missed pairing, or maybe I am still trying to get a grasp on this whole “contemporary” thing. That aside, UMOCA did a great job displaying and maintaining their displays despite the light crowd.

At the end of it, I think it achieved the goals that the Guilds and UMOCA set out to realize. It brought in a diverse audience to help get their information out, and it brought people like me into an art gallery that I had forgotten. Not to mention, I think it’s not always a bad thing for a classy establishment like the UMOCA to hear a good ol’ drunken “wooooooo” once in a while.