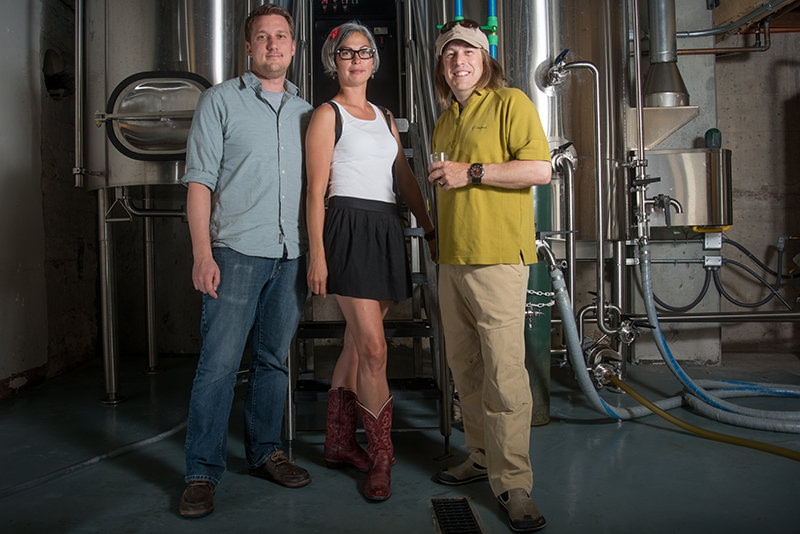 On one of the most beautiful days on record this year, I shunned the sunshine to settle into a seat deep down in the basement of the BeerHive Pub (128 S. Main). With a chilled glass of barleywine about halfway drained, I soon found myself sitting across from Phil Handke, the President of the Utah Brewers’ Guild. With a Master’s Degree in Communications, he certainly seemed like a business-minded professional—a pragmatist unafraid of raw, hard numbers, whose qualities may prove very useful as the Guild grows and develops a stronger lobbying voice for the brewing industry in our state.

A brief background: Handke started out in the wine industry back in the Midwest. When he and his wife moved to Utah for her career, Phil found work as a sommelier for a restaurant up in Park City. With more breweries than there are wineries in Utah, he ended up gravitating toward the beer business—a transition, he says, that he was happy to make. Having been employed by Epic Brewing Company for the past two and a half years, Phil has now expanded his focus on helping defending local brewers’ interests.

Handke says, “We’re really just starting to get our feet underneath ourselves by building a strong foundation as a non-profit organization. The Guild started in 2011, so we’ve spent time researching local issues, and starting to think about events.” Their main goal, at the moment, is to raise funds and grow membership in order to promote active participation through the development and delivery of educational programs, events and services. “We are hoping to start programs like enthusiast memberships, Beer 101 classes for the general public, and really push for more marketing campaigns for the craft beer world within Utah tourism.”

Within the last year, the Utah Brewers’ Guild held a beer pairing at Meditrina in July, and its own Oktoberfest event on Granary Row in late September. In May, they held Fluid Art, an event at the Utah Museum of Contemporary Art that showcased pieces of art that paired with local beers from participating Utah breweries. Coming up in July is the Beer-B-Q, a new event at the Park City Food & Wine Classic, where the talented chefs of the Waldorf Astoria will show off their grilling acumen, local breweries will provide their delicious, different styles of beer, and live music will be playing throughout. For more info, visit the Utah Brewer’s Guild website. All of these events, Handke says, will hopefully lead to the point where they are able hire a lobbyist to represent brewers’ interests.

The mission statement of the Guild is clear: create brewery unity within the community, so when it comes time to play another round of tug-of-war with politicians, local businesses can advocate said interests in harmony. “I like to think that a lot of the time we align, but there’s oftentimes we have to talk things out,” Phil says. “I think that Utah is definitely a ‘high-tension’ environment for alcohol politics. I think brewery unity can really help push us in what we think is the right direction, with more liberal alcohol laws.” While the Guild has been continually working at gaining funds by throwing events and increasing awareness via social media, Handke revealed that their agenda, for the future, will include advocating decreasing Utah’s beer excise tax rate.

Phil says, “I think we could all agree on lowering the excise tax. Right now, it’s 41 cents per gallon of beer sold, which is significantly higher than other states (Wyo.: 2 cents, Colo.: 8 cents, Ariz.: 16 cents, Nev.: 16 cents, Idaho: 15 cents). So we’re more than double.”  Proceeds from the excise tax fund state programs intended to combat underage drinking.  He went on to say, “If you look at charts, you’ll find that the states with the lowest excise tax are the states with the highest economic impact. Maybe one doesn’t necessarily lead to the other, but I think there are connections there that should be explored and thought carefully about in Utah.”

Handke also went on to discuss in detail a topic that the Guild is actively addressing: the misgivings both breweries and farmers have with the FDA’s proposed rules regulating animal feed/spent grain. He says, “The FDA is trying to regulate it as animal feed, and essentially they would require us to dry and package the grain without it touching human hands.” He says, “It would put a really onerous burden on breweries, costing them a lot of money, and it seems really detrimental to a symbiotic relationship that has lasted for a very long time. It’s been incredibly beneficial to local farmers, so the proposed regulations really don’t make much sense for anybody.” To follow the Guild’s progress on the issue, visit their website. Perhaps even contribute to the Guild while you’re at it!

Squatters, Wasatch, Red Rock, Epic, Hoppers, Bohemian, Desert Edge and many more breweries are all members of the Guild, and you, individually, can be, too. Though the Guild is young, and its role in the community hasn’t quite been defined yet, we can continue supporting the organization. Soon enough, they could be up there on Capitol Hill making a huge difference. Cheers to that!