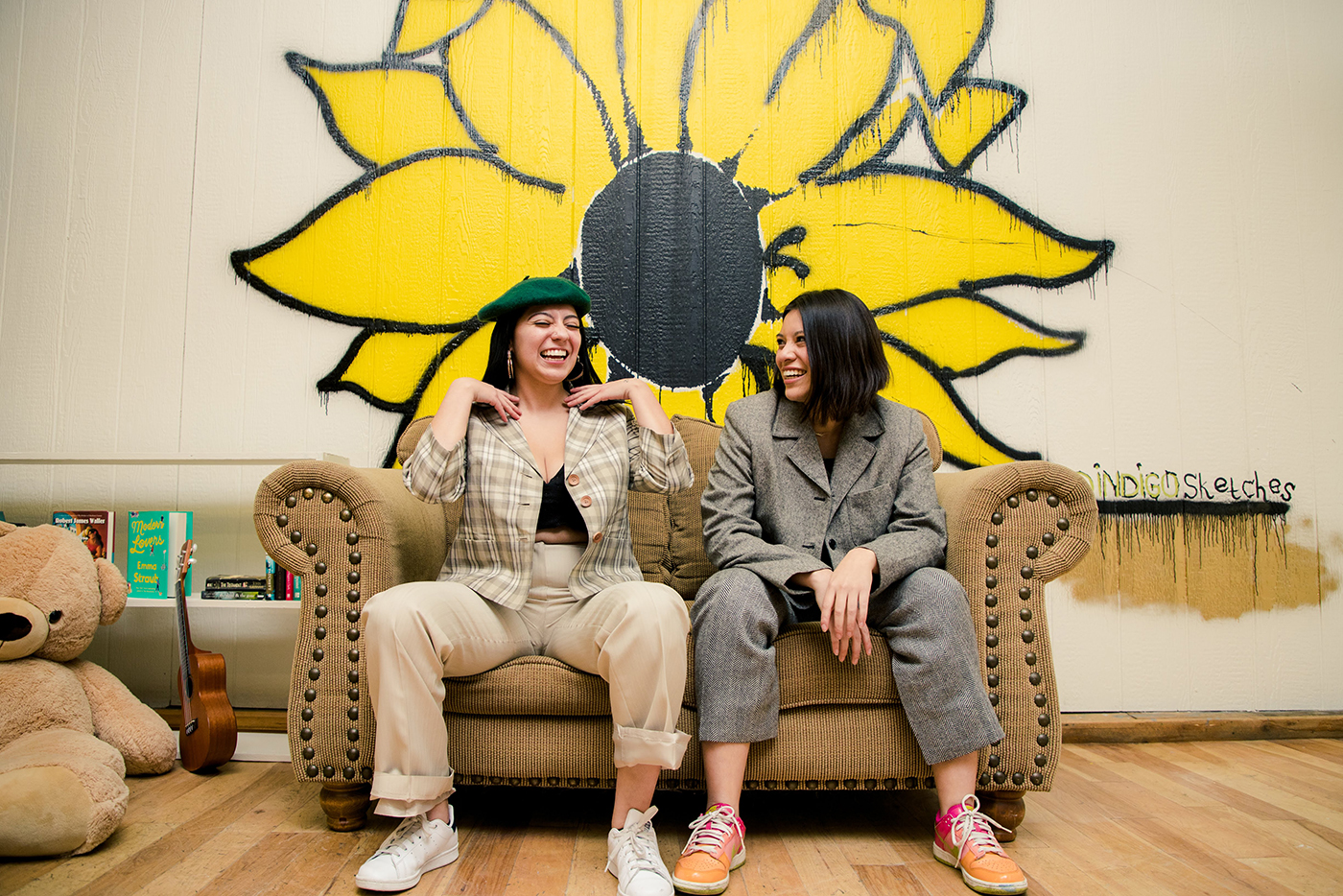 Being present for the Existimos Collective Open House Jan. 4 of this year was much more like being a guest in a warm home, anticipating the arrival of friends and family for an evening of celebration. Evolving from the Existimos Magazine release in August of 2017 to obtaining a physical community space for QTBIPOC (Queer & Trans Black, Indigenous People of Color) folks in January 2020, Existimos Collective (sisters Graciela and Patricia Campos) has had a robust timeline developing and strengthening their mission. “We like putting on events and having spaces that focus on community healing and art, primarily on groups that are underrepresented in Utah,” says Graciela. The heart of their mission is to provide a solution to a stark lack they identified in Utah’s art community and created a space made by QTBIPOC for QTBIPOC offering a financially accessible platform for artists’ work to be seen, while also offering a space that can host community-bonding events such workshops, dance nights and book clubs.

In December of 2019, Jennifer Salazar and Esther Aboussou from Wanderlust Sex reached out to Existimos to offer to share Jennifer’s mother’s space that was originally The Hispanic Center for the Arts on 7677 S. Main St. in Midvale. “A lot of the spaces on this street are POC-owned,” Graciela says. “This area is currently being gentrified.” Salazar’s mother, the original owner of the space, wanted to keep her previous dance studio under ownership by people of color. Existimos officially moved in Jan. 1, 2020, and hosted the Open House party that week.

Since the conception in 2017, the collective has taken various forms, molding itself to fill voids in the art and QTBIPOC communities by curating events previously unavailable to groups of people in our community. “I’m a photographer, so I was looking at other photographers in Utah,” says Patricia. Identifying the lack of diversity in the realm of Utah photography, Patricia saw an opportunity for change. “So I decided to make a magazine, and it was based on Latinx in Utah,” she says. This intention to create a platform that feels more accessible to QTBIPOC artists is what kick-started the transition for Existimos to not only be a magazine but a collective.

Graciela says, “I went to a film festival in L.A. held at a park. All the filmmakers were Latinx women, and I was like, ‘All they freaking did was bring a projector and a screen to the park. I can do that.’” With Graciela’s idea in tow, the second Existimos event, The Existimos Film Festival, and was held at the Utah Arts Alliance in October of 2018. The theme was “A Slice of Life” and featured films from Connor Nielson and Mac Berg with performances by Marqueza (musician), Alfonso Belloso and Stef Leaks (poet).

With the momentum built from their first two successful events, Graciela and Patricia turned their attention to the rising generation. “We wanted to do an event that was focused primarily on artwork from the youth,” Graciela says. From here, Existimos reached out to educators. “We didn’t have a lot of support,” Graciela says. “It seemed like they themselves didn’t believe in their students.” Speaking a lot to the inequality or negligence in Utah schools to youth of color, this experience stoked Existimos’ fire to continue offering these opportunities. Existimos transformed the initial event idea to be an open art event for local artists titled Now That’s What I Call Art Volume 1, hosted at the Sugar Space Arts in December of 2018. Artists and performers who participated are Karen the Wizard, Luis Ramirez, Ella Mendoza and Dorian Banks. With tacos, entertainment and the warmth of the community, the event was a success regardless of the obstacles.

In June of 2019, the Existimos Pride event at the Utah Arts Alliance was a turning point for Existimos. They identified a lack of representation of people of color at Utah’s Pride celebrations: “We need diverse people behind the scenes and in front of the scenes,” says Graciela. Taking the first step, Existimos reached out to Leaks and Marqueza in a group chat. “Patty and I identify as queer, but we are cis, right?” Graciela says. “Stef is black and non-binary. [Marqueza] is Japanese-Venezualan and nonbinary. We needed a diverse group who knows the community more than us.” In order to make the event free and have the budget to pay their performers, they created a GoFundMe fundraiser for the event. After an anonymous donation of $1,000 (and other donations), Existimos was able to make the event free, offer free food, pay performers and create a clothing drive for the transgender community.

“We need diverse people behind the scenes and in front of the scenes.”

The future of Exisitimos and their space is projected to be a home for workshops, art shows, weekend dance parties and even Zumba classes. A more centered goal for the collective is making an impact on the youth by working with educators. Through the changes and growth, the core mission for the Existimos Collective remains their driving force: “We have to stop relying on people who don’t care for us unless they are trying to meet a diversity quota. We have to do it ourselves,” says Graciela. Keep up with Patricia’s and Graciela’s passionate journey to provide the resources to help local artists be seen by following their Instagram @Existimos.co, and keeping an eye out for “Existimos” events on Facebook.