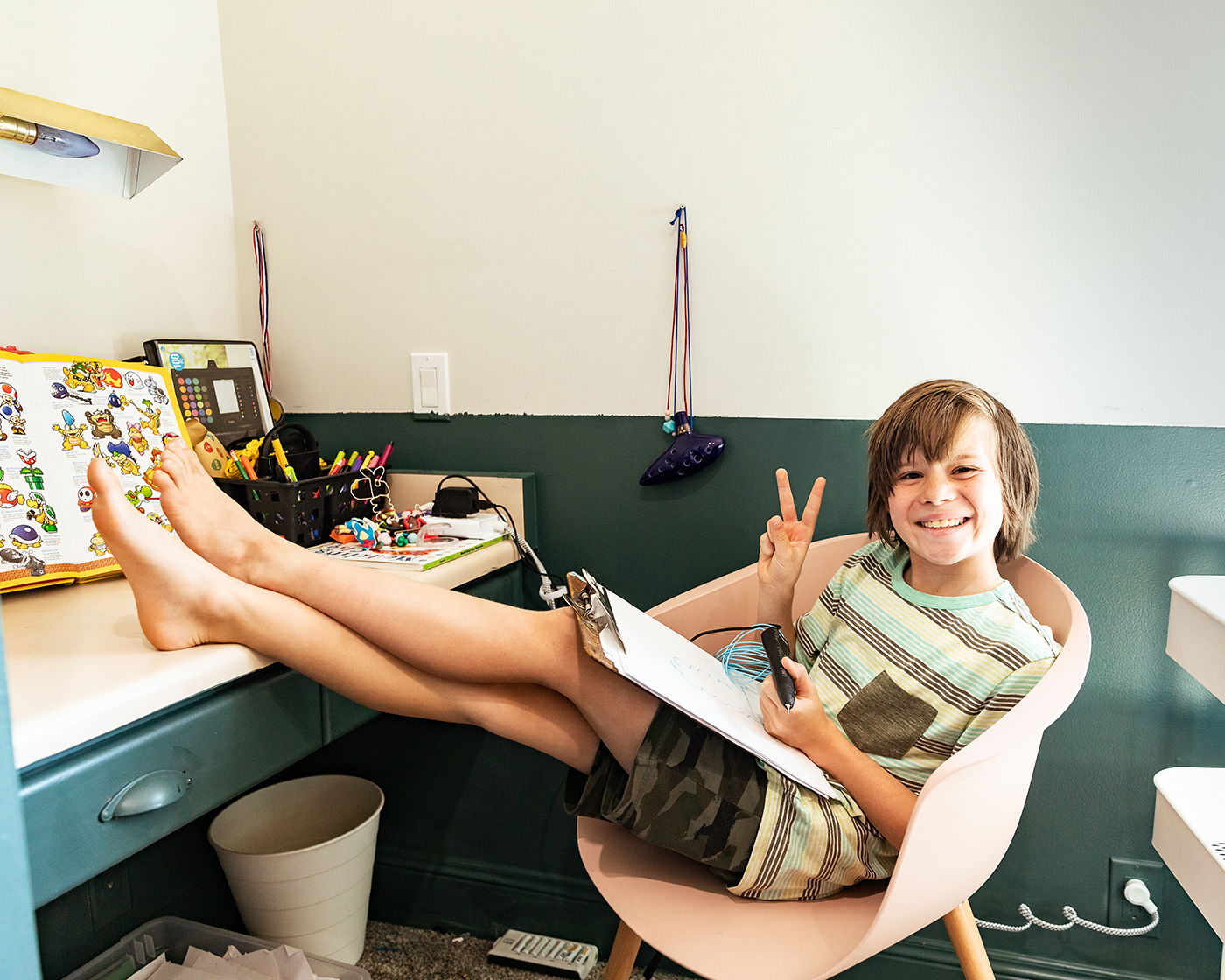 The future is now, and Max Crafts can prove it with a 3D Pen. 10-year-old Max Moore uses a 3D pen to create an assortment of objects with the hopes of someday making his very own video game. Moore describes himself as a savvy gamer, and it shows through his creative energy and young consistency. A goofus like myself needed an explanation for how one would describe a “3D pen.” Moore says it’s similar to a 3D printer: “A 3D printer is a machine you can use to make objects, but [a pen] is artistic and crafty because you’re the one doing the artwork instead of telling the machine what to do.”

Moore began this project because he genuinely enjoyed the attention of his craft. He likes people admiring his work and wanted to share. “It costs money to make, so I started selling,” he says. “3D pens interested me because it’s like you are drawing and crafting at the same time—you draw in 3D and what you draw appears as a figure.” Moore has always been an avid originator, even if it’s disassembling pens to make custom straws as his toddler self did. He relishes other outlooks to use his passion like drawing, sewing “plushies” and making clay figurines. “I design characters for my video game I’m planning to make, too,” he says. Check out Moore’s website for his work (maxcrafts.bigcartel.com) and be sure to come down to his booth at the Craft Lake City DIY Festival!