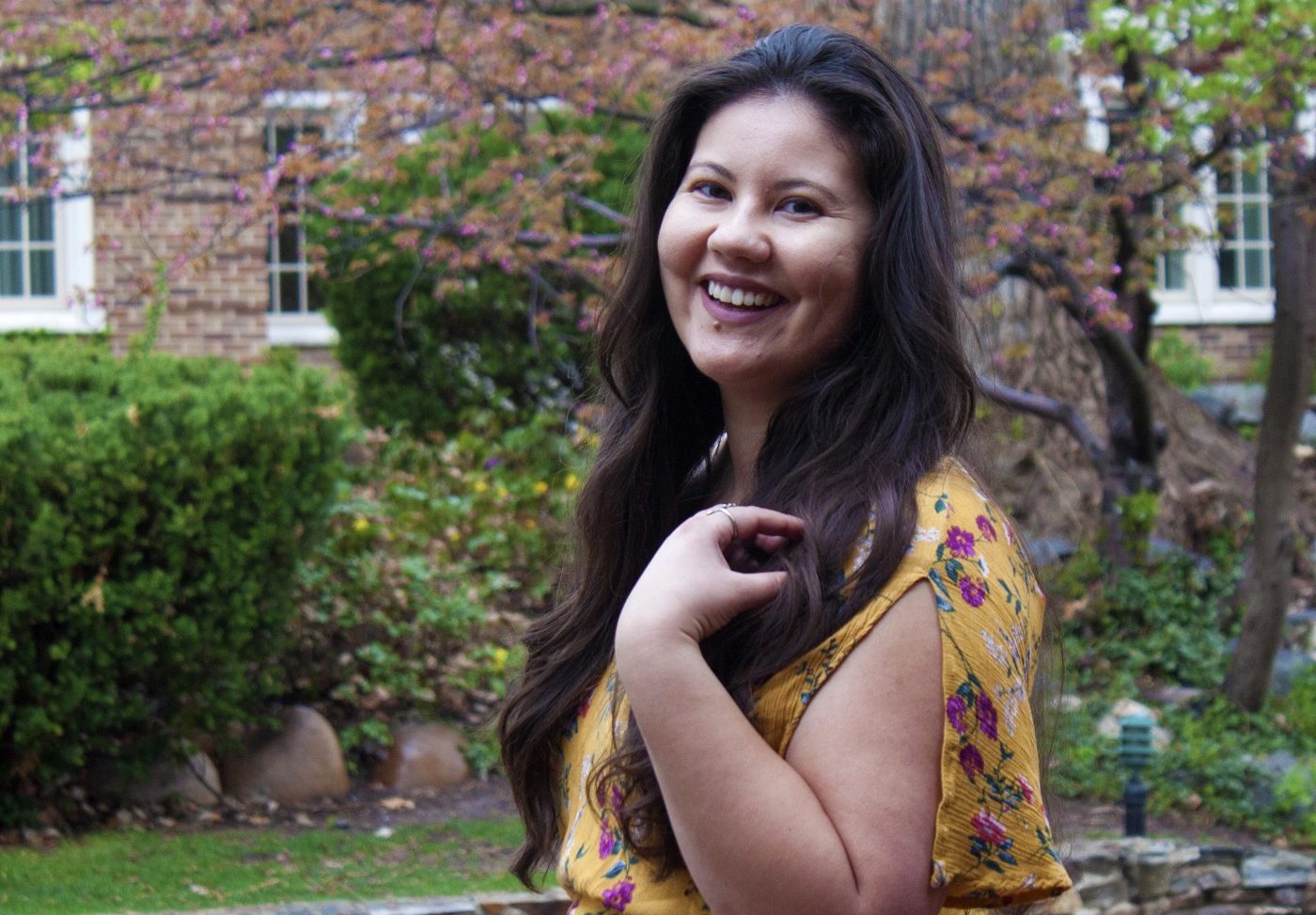 Photo courtesy of Sarah May

Sarah May Uncovers Her Heritage in Photographic Layers

When photographer and community advocate Sarah May began learning more about her indigenous, Salvadoran heritage five years ago, it pulled her into a creative dialogue with her roots and helped her claim a deeper relationship with a culture she’s distanced from but still feels an intense connection to. “There is generational

heritage that’s been passed down, and part of these people is still living in you. When I create my art, I’m thinking about my relationship with my ancestors,” says May. As a second-generation, biracial American, her identity flows between different worlds, and her use of cyanotypes and multi-exposure photography brings into focus these crossroads between time, culture and language.

May started on the path to become an artist and photographer in high school, earning a scholarship to study at the University of Utah and graduating with a BFA in Photography & Digital Imaging. After artist residencies abroad—including the Gullkistan Residency in Iceland, which was a catalyst moment for her work—May has landed back in Salt Lake City.

In her recent series Identity Retablo Ofrendas, May uses wooden shadow boxes to stage and relate her photography with personal and family symbols. “I wanted to explore my identity as a Latina woman and being biracial, and transcend the labels and boxes western society seeks to put outsiders in,” she says. The altar “Another Life” (2016) has a multi-exposed, black-and-white photo at its center, which combines a school photo of her mother in El Salvador with a recent picture of her preparing food.

“My mother was living in the capital of El Salvador when the protests became violent. She still carries the trauma of what she saw and having to leave,” May says. The dried limes, chili and flowers present alongside the images add dimension to the sculptural work. She explains, “These retablo ofrendas altars symbolize the identity and soul of those who have more to their story than at first glance.”

“When I create my art, I’m thinking about my relationship with my ancestors.”

“Beginning” is an altar self-portrait, with a black-and-white photo of May framed between a small, blue vase that’s holding a red leaf and a delicate broken shell, with a small lightbulb just visible inside. The inscription below says, “I wander between the worlds that define me yet I cannot find a home.” The shadow boxes provide a half-shelter that speaks to May’s sense of not feeling wholly anchored in any one environment or cultural context. The trailing pieces of shell show the potential for change and growth that May’s art communicates.

May also experiments with traditional photographic printing of cyanotypes. Artists have used his early photographic technique since the 19th century, applying photosensitive chemicals to fabric or paper to capture the silhouettes of objects. May was drawn to the celestial overtones of the cyan-blue finish, sometimes layering photos in the collage, and creates mandalas by placing flora in circular patterns. Of her series called Tree Life Cyanotypes, May says, “The life and movement of trees is reflected in the movement and growth of their branches and their roots, following moisture, stability, and reaching towards air and light.” Trees bridge the earth and sky, and May’s use of their symmetry and stability is comforting.

“May’s artwork shows her connection with the past, the earth and the communities that are often left out.”

Recently, May has combined her personal art practice with community work, which builds on a firm theoretical foundation she gained from a Master’s program in Community Leadership with an Emphasis in Art & Culture from Westminster College. She has led art and writing workshops in her role as a facilitator and coordinator for the Woke Words Womxn of Colour Reading and Writing Series within the Color Collective at the YWCA in Salt Lake City. The Color Collective is a safe space for Womxn, Femmes & Non-Binary Persons of Color in Utah. In May’s art-based activities and writing exercises, the group focuses on empowering and providing a healing space for those who are grappling with racism and other kinds of oppression. In February, May guided participants in the creation of their own mandalas with the cyanotype process to help them visualize themselves as complete and loved.

Through her textiles and images, May explores her second-generation Salvadoran indigenous heritage and its place on her own spiritual path, uncovering who she is and how she can form bonds with her past and other marginalized people around her. Her artwork shows her connection with the past, the earth and the communities that are often left out of mainstream notions of what it means to belong in the United States.

Through the connections and positive impacts she makes with her work at the YWCA in Salt Lake, May brings together symbols and actions that contribute to the continual push to help BIPOC communities flourish. You can connect with May at sarahlizmay.com and on Instagram @sarahlizmay.