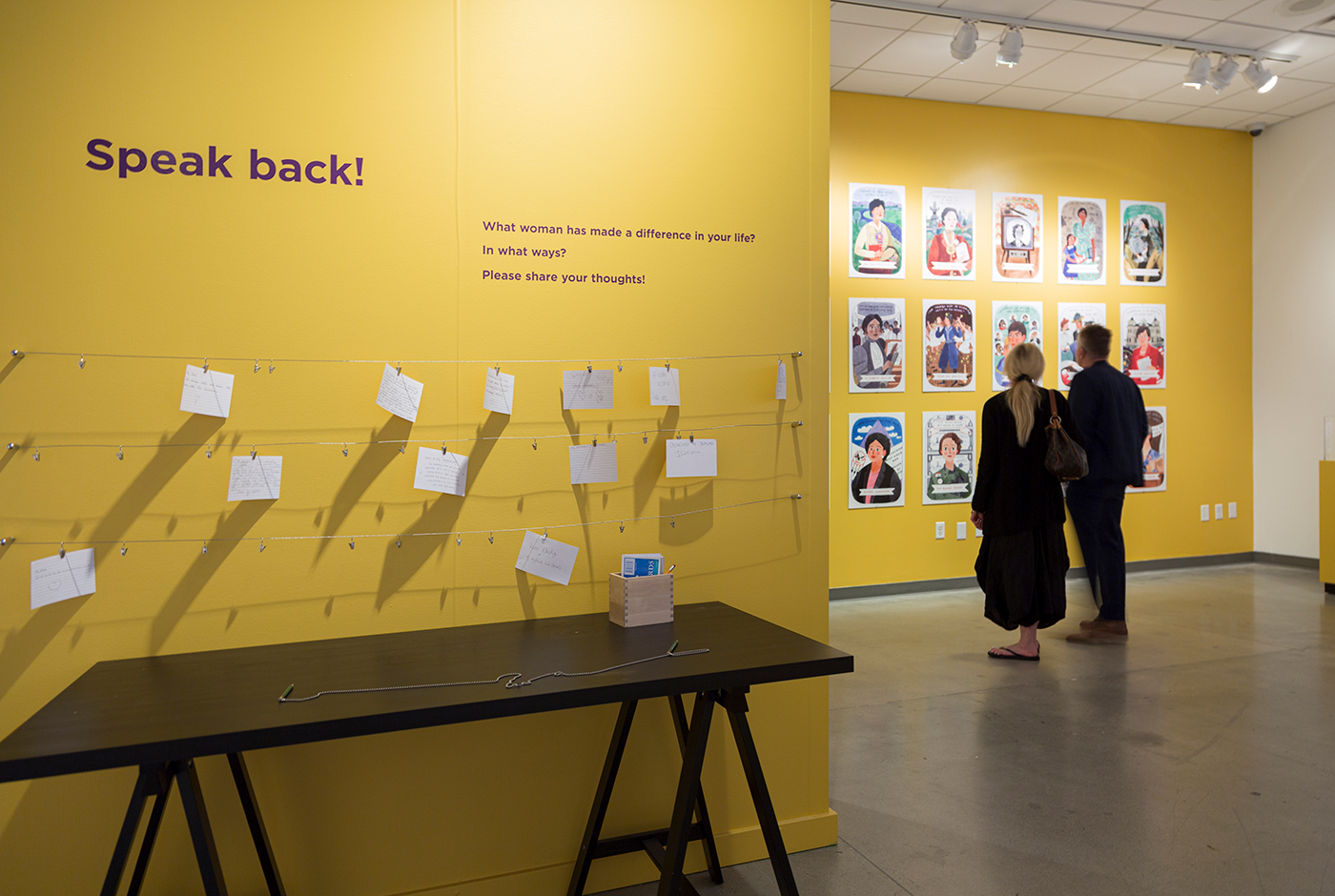 Tucked into the ACME Lab at the Utah Museum of Fine Arts, the new exhibit Utah Women Working for Better Days! puts the centennial of women’s suffrage and the often-ignored history of Utah female political activists in the spotlight. Pulled from the University of Utah’s J. Willard Marriott Library’s Special Collections and created in collaboration with the Utah women’s history organization Better Days 2020, the memorabilia and historical items focus on the positives in the story of Utah women’s campaign for human rights. Utahn Martha Hughes Cannon was the first female State Senator in the U.S., and says, “The story of the struggle for women’s suffrage in Utah is the story of all efforts for the advancement and betterment of humanity.” Although women have only had the right to vote for a hundred years, Utah’s female activists have played a significant role in forwarding the cause. The show runs through Sunday, Dec. 6, and the ACME Lab will host activities, including voter registration drives, throughout autumn.

With objects pulled from the Willard Marriott Library Special Collections, including Congressional campaign posters and brochures from Ivy Baker Priest’s campaign (Treasurer of the United States from 1953–1961) and historical photographs such as the “Campaign of 1915, Utah Senate Deputation,” the exhibit tells the story of Utah suffrage and women’s rights in an object-centric way. However, the politically sensitive nature of the material is equally visible in what is not stated and how some objects are described. An example includes the caption of the 1915 photograph, which says the women “paraded” up Salt Lake’s Main street to meet with then Senator Reed Smoot, glossing over any similarities between contemporary and historical feminist marches through simple word choice.

“[Utah Women Working for Better Days!] is a family-friendly and upbeat effort to focus on progress and a rosy view of the future of women’s rights in Utah.”

Fortunately, the centennial of the Suffrage Movement and the fact that Utahn Seraph Young was the first woman in the modern United States to legally vote in 1870 has forced the state to fund a topic that one gets the distinct impression people in high places are uncomfortable discussing. One genuinely provocative move the museum could have made would have been to pull from the vaults and display some of the massive amount of historical materials that show arguments and actions against giving women the vote—showing how women were denied representation in government to highlight the progress we’ve made. However, it is a success that the show came together and mediated multiple viewpoints, displaying that collaboration and celebration of political history is possible. The show was organized by Alana Wolf, UMFA’s collections research curator; Ashley Farmer, Assistant Director of Learning and Engagement; Jorge Rojas, Director of Learning and Engagement; Jessica Breiman, J. Willard Marriott Library Special Collections Librarian; and Reference Librarian Alison Elbrader.

A highlight of the show is the wall of illustrations of influential women painted by Brooke Smart, which are collected in her book Champions of Change. One prominent portrait features Olene Walker, with the quote “Leadership is the ability to get things done.” Walker was Utah’s first and only female governor, serving from 2003–2005. She is especially remembered for founding the Salt Lake Education Foundation and acting as its Director. During this centennial, besides being honored in Utah Women Working for Better Days!, Walker will also be the first woman to have a Utah school named after her: Olene Walker Elementary School off of 3700 South. This shocking fact—that in a state with 41 school districts, every school has only ever been named after a man—is one of many details about Utah women’s history that make for uncomfortable elephants in the gallery room of Utah Women Working for Better Days!.

“The story of the struggle for women’s suffrage in Utah is the story of all efforts for the advancement and betterment of humanity.”

The downside of the exhibit is that, for the most part, the material and captions tip-toe over specific women’s rights issues or facts about women’s opportunities (or lack thereof) over the past century. A notable exception is the inclusion of an ERA Missionary Project pamphlet, a relic of the 1970s–80s push to pass an equal rights amendment, which the Latter-Day Saint leadership fought against and continues to oppose today. The lack of context about the national and international suffrage movement is also disappointing for the suffragette history buff. Instead, the exhibit operates as a cheery “shout out” to women who fought for representation in government. Although the idea that positivity can do more than criticism has merit, after visiting Utah museum after Utah museum where facts about both historical and contemporary polygamy and the systematic oppression of women in Utah are not even mentioned, it’s hard not to think about the role of eye-glazing positivity in the convergence of history and propaganda. Mirrors at the entrance and exit of the gallery remind visitors of their role in shaping and moving history, but it’s difficult to see how change is possible when education about women’s struggles is so often prettied up or glossed over with this same high-pitched cheeriness (which is the de facto “ladylike” way to neutralize any uncomfortable topic).

The title of the exhibit is apt—it is a family-friendly and upbeat effort to focus on progress and a rosy view of the future of women’s rights in Utah. Look on the bright side folks: At this rate, we could have two elementary schools in Utah named after women by 2120!