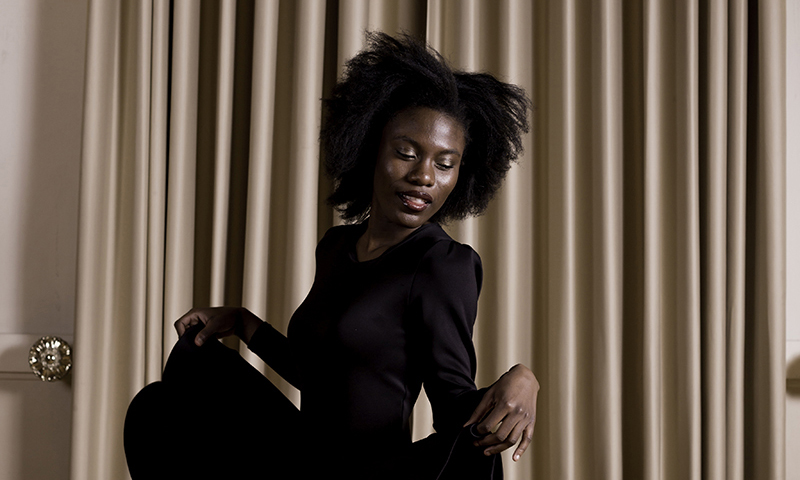 When one thinks of consistency, one doesn’t always also envision diversity, color and excitement. But when asked about her designs, local designer McKell Maddox says that ever since a stint on Project Runway several years ago, her style has remained consistent, but that “sameness” contains multitudinous influences. “I always love to dress up the body,” says Maddox about her designs. “I love accentuating women’s curves with that ’50s element. I like the more sexy stuff—deep cuts, things like that. It’s definitely loud. I use really bright colors and big, bold prints or floral prints, and I’ve always had those elements.” But she’s also held onto other elements in addition to these, ones that one wouldn’t always pair with a trim, ’50s-inspired waistline. “I have a kind of bohemian element, where I love embroidery and painting. I’m really inspired by folk art … I love that handmade touch to things like stitching and buttons on a garment.”

Ever since Maddox’s mother told her that people made clothes, she says, she wanted to design clothes. She spent her childhood painting her clothing, eventually learning to sew while in school at the Academy of Art in San Francisco and then interning with Jeremy Scott for a few seasons. Now, Maddox says that she’s primarily designing individual pieces for people (such as the gowns that abound on her Instagram), a practice that she says works for her “method of madness.” However, she says that she prefers to make clothes that women can wear all the time, that will hang in their closets.

Maddox’s “method of madness” is fueled by unconventional inspirations and design processes. She says that her inspirations don’t just come from people she sees on the streets but also from songs or things that she reads. “I know a lot of designers build a mood board, and then they’ll start sketching,” she says, “but I’ll be inspired by something, start making it, then I’ll sketch at the end. I feel like so much more happens when you’re actually draping it. I think you get a much more cohesive look. Sometimes, I just throw something down so that I don’t forget.” And this process—these inspirations—yield wild pieces: a red dress based on a song by Puscifer; an all-white leather fringe dress made for a rodeo queen; a motorcycle jacket painted with flowers.

Maddox isn’t currently at any local shops around town, but you can find her work on Instagram (@mckellmaddox) or at mckellmaddox.com, and if you like what you see, you can contact her at mckellmaddox@gmail.com to start talking about what her method of madness can bring to your wardrobe.