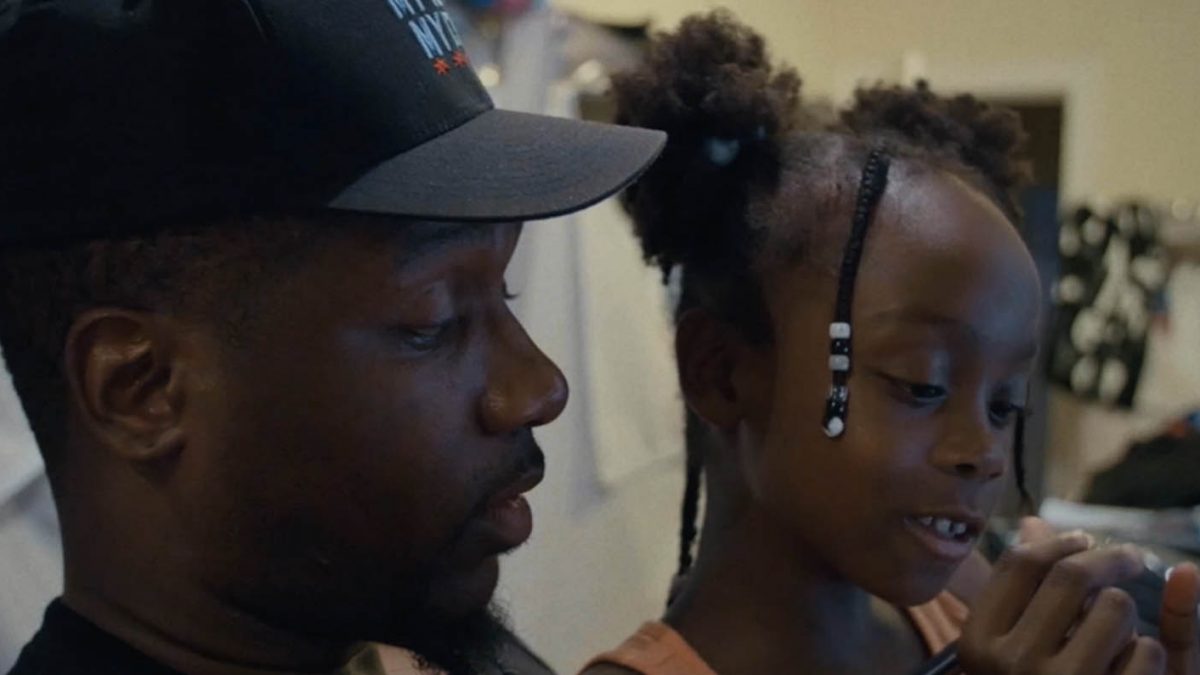 Photo courtesy of One City Films.

“Each time a man stands up for an ideal, or acts to improve the lot of others, or strikes out against injustice, he sends forth a tiny ripple of hope, and crossing each other from a million different centers of energy and daring, those ripples build a current which can sweep down the mightiest walls of oppression and resistance.” – Robert F. Kennedy

These are the words that Jahmal Cole turns to for inspiration. For countless people in Chicago, Cole is their inspiration—that ripple of hope, that reason to believe. A Tiny Ripple of Hope is a powerful and emotional new documentary from director Jason Polevoi, which premiered at the 2021 Slamdance Film Festival. The film captures a year in the life of this charismatic community activist in Chicago, and Cole’s nonprofit organization, My Block, My Hood, My City (M3). A champion of social justice, Jahmal’s mission is to build a more interconnected Chicago on the pillars of service and education. M3 provides teenagers from the under-resourced South and West sides of Chicago with an awareness of the world and opportunities beyond their neighborhood. Cole is a father figure to many of the kids in his care and works to build a more interconnected community around them by coordinating events such as group snow shoveling. In 2018, Cole was named a “Chicagoan of the Year” by Chicago Magazine, in 2019, he was named to Crain’s 40 under 40, and in 2020 he was awarded the American Red Cross Community Impact Hero Award.

“Initially, we thought we were making a film primarily about the kids in his program,” Polevoi says, “and Cole was kind of a supporting character.” But as it turned out, A Tiny Ripple of Hope was a deeper and more personal story than anyone had envisioned it to be. Polevoi and his small crew had no idea just how much his devotion to his city and to the youth was costing him as they started to gradually shift their focus to Jahmahl Cole as their protagonist.

“Initially, we thought we were making a film primarily about the kids in his program.”

“It took us a lot of time shooting to get to the actual story that made it into the film,” Polevoi says. “It wasn’t until I found out that his home was in foreclosure, that his relationship with his wife was crumbling, that we really felt like we had the kind of conflict to tell an important, compelling story. So, you know, it wasn’t necessarily the film that I set out to make, but that’s the great part of documentary filmmaking, is that you can be surprised by where the story takes you.”

A Tiny Ripple of Hope explores the impact that one person can have on the world, and it’s inspiring, but it’s also a blunt reminder that we are so dependent on deifying our heroes that we don’t want to view them as people with their own needs. “[Cole] takes so much responsibility for other people that often neglects himself,” Polevoi says, explaining that Cole likes to describe himself as ‘the most visible poor person in Chicago’.

“It wasn’t necessarily the film that I set out to make, but that’s the great part of documentary filmmaking—you can be surprised by where the story takes you.”

“I think people think that he has unlimited resources and like, he’s rich because he does so much all the time,” Polevoi said. “And he’s always there when the city needs him …  and I think that’s part of why this film is important. It shows you the real sacrifice that needs to be made in order to do these things.” Cole believes that travel and exposure to new things and ideas are key to overcoming the poverty and isolation the students face, boosting their educational attainment and opening them up to opportunities that make a real difference in their lives.

For Polevoi, making A Tiny Ripple of Hope was a way of becoming more involved himself. “The initial point of making the film was to reach out to the city on behalf of the [M3] organization,”  Polevoi said. “Because I couldn’t just write a check, like how can I signal-boost this man and his message to the rest of the city, the rest of the country?”

Polevoi has been working in television for over 10 years, and while he and crew had access to high quality professional equipment, they were making the film not on a low budget or even a microbudget, but literally no budget at all—though it certainly doesn’t show in the finished product. In total, they shot over 150 hours of footage.

While the movie was completed some time ago, and the past year has certainly been an eventful one in Chicago and all over America, Polevoi and company resisted the urge to go back to shooting, because they felt passionate about the film they already had.

A Tiny Ripple of Hope is a gripping reminder of how people like Jahmahl Cole put themselves on the line every day, as we see him not only keep going as he loses his wife and home, but even pick himself up after narrowly escaping becoming a statistic in a drive-by shooting. Jahmahl Cole is a man on a mission, and as long as Jason Polevoi has a camera in hand, the mission and the man will not be forgotten.