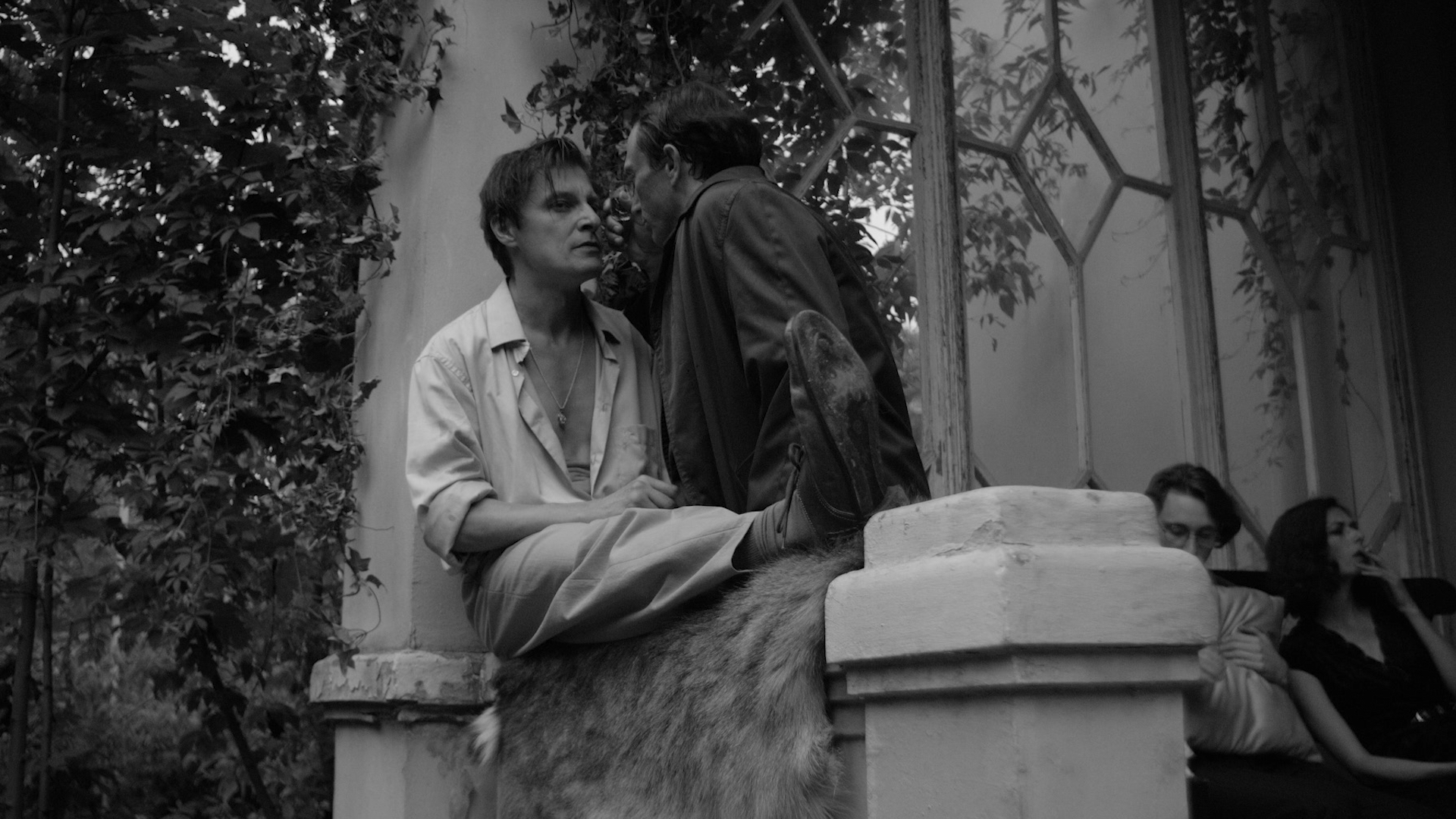 ISAAC is a film about tension. It’s a theme that grabs you and doesn’t let go, from tensions rising between characters to the tension created in my dorm room as I watched. It bubbles slowly like a boiling pot, and when it boils over, it burns like hell.

Everything in ISAAC centers around one true event: the murder of a Jewish man, Isaac, in the Lietukis Garge massacre in 1941, German-occupied Lithuania. The Nazis have wiped out nearly all Lithuanian Jews, but not without help—several thousand Lithuanians assist. This massacre in particular was the product of Nazi-allied Lithuanians.

Flash forward to 1964: Lithuania is now Soviet-occupied once again, but ethnic and political tensions are still high as the Soviet government investigates war crimes and continues deadly deportations to Siberia. These tensions are stoked ever-higher as prominent filmmaker Gediminas Gutauskas (Dainius Gavenonis) returns from the U.S. with a script about the massacre that’s far too accurate for the KGB’s liking, mixing both Gutauskas and his close friend, Andrius Gluosnis (Aleksas Kazanavicius) into a dangerous plot. Things become even more complicated as Andrius desperately tries to hide his past from everyone except the audience—Andrius was at the massacre.

ISAAC is film noir through and through, director Jurgis Matulevičius really succeeded at the classic mood of pessimism, fatalism and menace that marks a film noir. With several switches between color and black and white styles, ISAAC delivers all of this with a heavy, heavy hand. While the poeticism can be a bit much at times as I struggled to understand unfamiliar history, the emotional power of the movie is easy to feel. If the film was poignant enough to make me need a deep breath and a break in my dorm, I can’t imagine what it would be like in a theater.

ISAAC does a phenomenal job of taking big historical concepts and making them devastatingly personal. As Richard Price said, “You don’t write about the horrors of war. No. You write about a kid’s burnt socks lying in the road.” Our society is desensitized to war, but ISAAC is a reminder that history doesn’t end, and trauma lives on.

ISAAC isn’t a war movie in the way that Saving Private Ryan or even 1917 is (though 1917 seems like a much closer technical comparison). It’s thick with visual metaphors, and ISAAC feels very much like we are an outsider looking in at real-time events; we’re watching a car crash, and we can’t look away. The ridiculously smooth and fluid camerawork was the exact opposite of the jarring movements typical in brutal films, and that in itself was anxiety-inducing. At some points, the visual techniques used to create suspense reminded me of The Shining: think strange images that don’t always click, a soundtrack so uncomfortable it made me itch—even worse, when the soundtrack wasn’t there, only silence remained..

Matulevičius made some incredible decisions that all worked to deeply unnerve audiences. Just like the burnt socks, Matulevičius focuses on the little things that create tension. Everything about the scenes felt just a little off, and when it hit me, I was blown away by how such a small detail could create such effects: Matulevičius breaks the rule of thirds ever so slightly. It was never drastic enough to look bad, but a perfect balance to create this foreboding atmosphere. Combine that with the aforementioned soundtrack and scenes that sometimes felt just a bit too long, and you’ve got an anxiety attack on your hands.

Every actor in ISAAC was incredible. Sometimes, dramas feel predictable, with emotional arguments a little too scripted or overdramatic. While ISAAC definitely had a few moments that had me going, “Yeah, okay,” it was decidedly less and never interrupted my enjoyment of the film. The emotional tension that brewed between actors as secrets grew more and more dangerous felt natural, and even the love triangle subplot between Andrius’ wife Elena (Severija Janusauskaite) and Gediminas didn’t feel like it took away from everything else.

Without giving away too much, the ending of ISAAC was satisfying in its devastation, but it all hinges on you actually understanding it. Like I said before, sometimes the twisting plot was lost to poeticism. ISAAC is a film that gives you breadcrumbs and allows you to make meaning, and while that might be daunting, that final moment of clarity is incredibly worth chasing; Rewatching the intro after I had finished the film put all the pieces in place, and that epiphany alone cemented that I liked it.

ISAAC is an involved film full of complex commentary on how we tell stories and who gets to tell them—including itself. It’s not an easy watch, but it’s a deeply satisfying one if you’re willing to do a bit of detective work. If the film style is a bit intimidating, check out the novel of the same name the film is based on by Antanas Skema. I know that’s going to be my next stop. –Alexis Perno