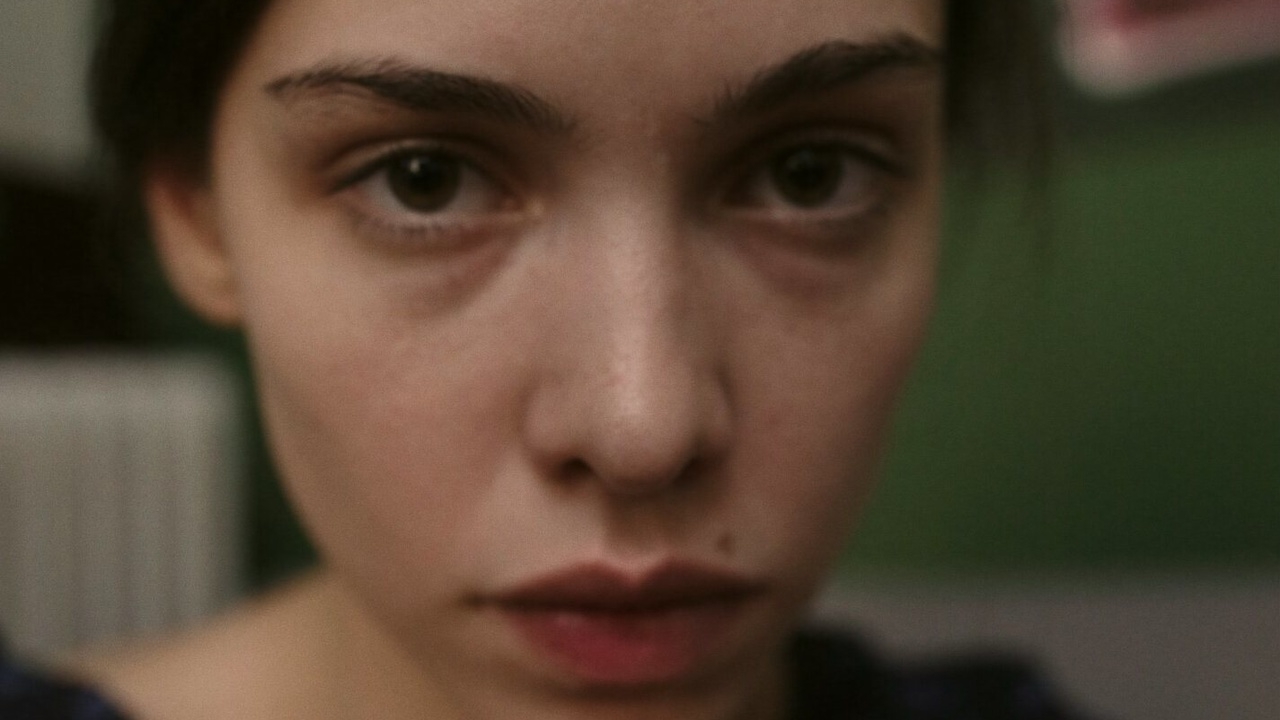 I think there are a lot of woman who’ve had thoughts of getting revenge on their ex, whether it be through moving on, bettering themselves, working on their physique, finding someone better or, in the case of Mia Misses Her Revenge, filming themselves having sex with another man and sending it to their ex.

In a scene that we come back to throughout the movie, theatre actress Mia (Ioana Bugarin) comes home after a fight with her partner, Teo, over accusations of cheating on her part. Claudia (Stefania Circu) tries to comfort Mia with her favorite food, but Mia doesn’t reveal anything until later that night when her friend Eva (Ana Maria Guran) comes over. She finally reveals that Teo slapped her during the fight, and she has no idea if she should stay or leave. This is where she comes up with the quest to find a man who will help her with her revenge. It’s also the start of her various frenzies in which she questions those closest to her on whether a slap is a big deal.

The scene that stood out the most is when Mia’s friends, Eva (Ana Maria Guran), Anastasia (Maria Popistasu) and actress Ioana Ilinca Neascu talk about their audition experiences with theater directors who are all men and how they each had to take off their clothes in their auditions. This sparks anger in Mia, who asks why they deal with that. Neauscu’s character retorts that it’s not a big deal and that she’ll do whatever it takes to get where she wants to be. The stance that men can do whatever they want with women grapples at Mia from this scene onward but her encounters with them are quite opposite. My favorite moments are the intimate scenes where Mia takes her camera and stands in front of the mirror and acts as if she’s talking to her former partner about the damage he inflicted on her with his silly accusations. Her emotions build and can be seen clearly on her face every time she does this through the sadness in her voice or the anger surfacing in her eyes.

Every time Mia would find a guy and ask them to film themselves having sex, I felt second-hand embarrassment—the guy she brought home from the bar, the guy she went home with from dinner and her theater director all say no. We see Mia being upset at one point that men objectify her friends, but she manages to do the exact same to these men assuming they wouldn’t miss out on a chance to film some “porn.” By the time she gets her last rejection, she’s realized that it isn’t a good idea and instead decides to fake the film with Eva recording it. It would be better for her in the long run.

Mia Misses Her Revenge opens various conversations regarding men and the power they have over women, abuse and the benefit of having supportive friends to help you get through bad breakups. Director Bogdan Theodor Olteanu does well capturing the ups and downs of relationships and digging into stories that women have been through. I love the simplicity of the movie because it’s good and easy to follow—it didn’t need anything bigger to capture the rawness of the story. ­–Kimberly Portillo