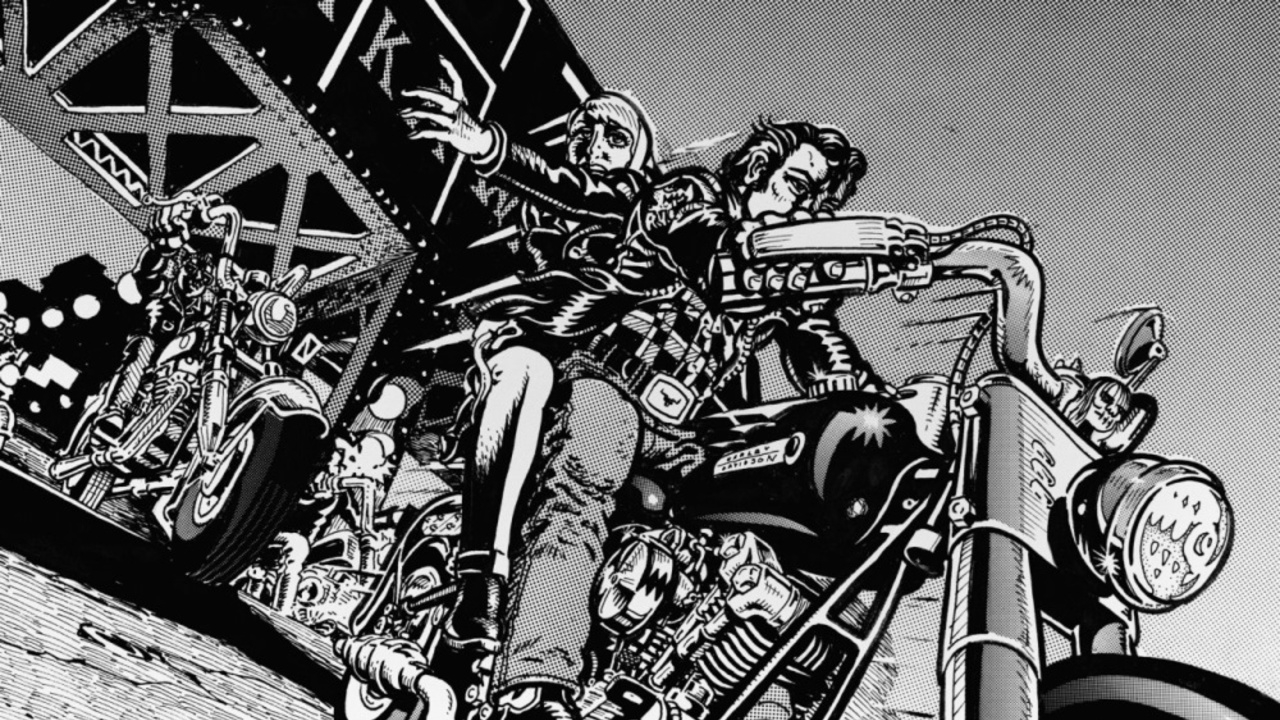 With a Sharpie marker in clutch, Spain Rodriguez would typically be spotted tagging cartoons on the outside of buildings in broad daylight. To passers by, he would seem like a crude old man with an affinity for drawing breasts similar to 14-year-old kids on the verge of puberty. Unbeknownst to an unaware observer, Spain played a pivotal role in the underground cartoonist scene that revolutionized the graphic novels we have today. Through the direction of his wife, Susan Stern, Bad Attitude: The Art of Spain Rodriguez unpacks the evolution of Spain as not only a legendary artist but as an activist fighting for social justice in the war against capitalism.

Bad Attitude tells Spain’s story through the accounts of notable cartoonists and artists such as Gary Groth, R. Crumb, Ed Piskor, Trina Robbins, Art Spielgman and Ishmael Robin. The story begins with illustrated (through Spain’s own drawings) renditions setting the scene of his upbringing during the ‘50s, when comic books were essentially criminalized and deemed evil to a developing mind. “First time I saw a comic book, it just wigged me out,” Spain says. “My dad hated comics. There were a few times I’d kept comics, and my dad would rip them up.”

“Spain was born bad,” Stern says in her narration. Spain’s upbringing in Buffalo, New York, is described in the film as having been rooted in violence. His background set the tone for his comic book Dessert, which told the tale of a violent sexual assault. It wasn’t until later that the story came out to be an auto-biographical of something that Spain had experienced when he was 14. Bad Attitude walks us through each page, animating the story as if viewers were witnessing the event happening before them. As tragic as that introduction to Spain’s work can seem, it feels crucial that viewers understand Spain and his motivation for the work that established him as an artist-activist.

Spain’s political views started to take on a tangible form during his time as part of the Road Vultures, which had been known to be the most violent street gang in Buffalo. With Nazi flags adorning the Road Vulture Clubhouse, Spain took the task of teaching the gang the fundamentals and benefits of communism. He had the idea of turning the Road Vultures into a revolutionary voice, a consciousness that spurred his career in political cartoons.

The development of his most memorable characters like Trashman (an anti-capitalist superhero) or Big Bitch (a “sexed-up” war spy) did not make an impact on comic book audiences without underscoring the sexism and objectification of women that saturated Spain’s work. While the documentary definitely addresses this gendered aspect of Spain’s work, the film focuses mainly on the bold political commentary and impact these characters made and continue to make as opposed to analyzing their place within American chauvinism and how this reflects on Spain’s stature as an independent artist.

Through Bad Attitude, we witness the influence Spain had on the artists surrounding the underground cartoon scene from the ‘60s through his death from cancer in 2012. Until the very end, he spent his time mentoring and guiding his daughter Nora Rodriguez, who is also an artist and animator. In the film, Nora’s animations telling Spain’s story through her lens, scattered between the personal accounts of his colleagues, allows viewers to connect with Spain as both a revolutionary underground cartoonist and as a father. With this, Bad Attitude offers a well-rounded look into the evolution of Spain and how that impacted the world around him through his stories, characters and influence. –Bianca Velasquez