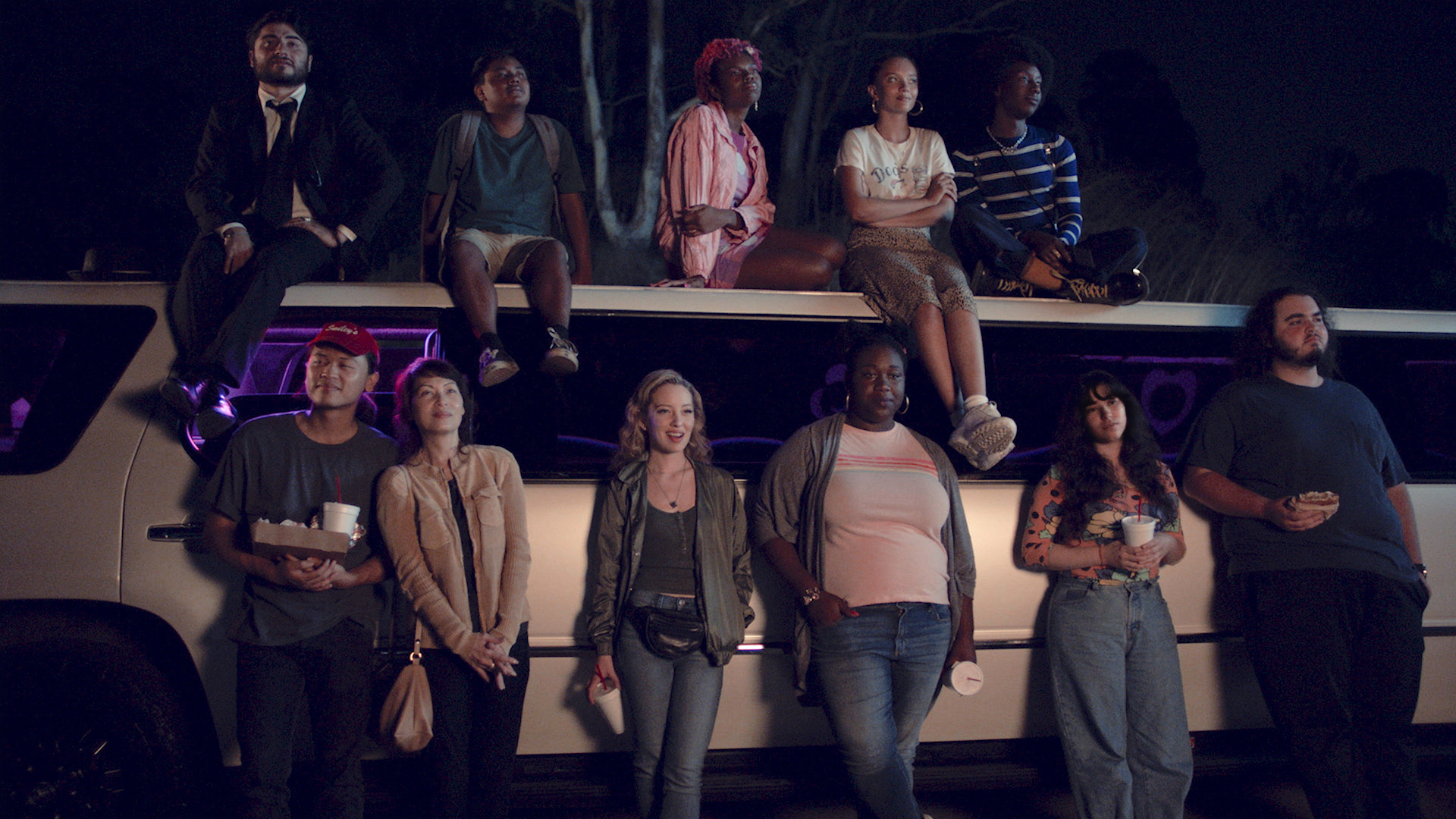 In some of the best independent films, the emphasis is less on trying to showcase an established star. These films instead sell the movie based on that presence than it is on discovering and creating the stars of the future. In Summertime, director Carlos López Estrada introduces 27 of them.

Summertime follows the intersecting stories of 27 young spoken-word poets over a single, sweltering summer’s day. A skating guitarist, a tagger, two wannabe rap stars, an exasperated fast-food worker, a limo driver and more weave in and out of each other’s stories. Through poetry, they express life, love, heartache, fear and, in one case, the desire simply to find a place that still serves a decent cheeseburger. Part contemporary musical and part sociological narrative experiment, Summertime explores themes of identity, community and intersectionality, all through the unique perspectives of this diverse ensemble.

“I was very inspired by this group of young artists and their work, so from that, I proposed the idea of adapting their poetry into sort of like a feature-length film experiment.”

“A little over two years ago, I got invited to the spoken-word poetry showcase that this nonprofit organization called Get Lit was putting together,”  López Estrada says, “and I was very inspired by this group of young artists and their work, so from that, I proposed the idea of adapting their poetry into sort of like a feature-length film experiment.” Get Lit – Words Unite is a Los Angeles–based arts-education nonprofit founded in 2006 with the goal of increasing literacy, empowering youth and inspiring communities through poetry. Once the organization and the poets were on board,  López Estrada and the team began workshopping. “The idea behind bringing the movie together was that they would each bring their work and would, together, stitch it together.”

López Estrada made his feature debut with Blindspotting in 2017. Since then, his work has included an episode of Legion, a music video for Billie Eilish and Carly Rae Jepsen, and serving as co-director on Disney’s Raya and the Last Dragon. But Summertime would prove to be a creative endeavor unlike anything he’d done previously.

“So over a summer workshop, all 27 of them, plus myself, we were meeting every single day trying to adapt their poetry into scenes and fuse the scenes together, so it really was a communal effort,” Etrada says. He explains that while they worked with a screenwriter, Dave Harris—who was working with the rest of the group—“it wasn’t a traditional writing process like you would see on any other film.”

Austin Antoine and Bruce Banks appear in the film as the rap duo Anewbyss and Rah, an endearing pair whose whimsical interludes are a highlight of the film, but they almost didn’t make it into the movie at all. “Anewbyss and Rah were actually some of the later additions into the movie,” López Estrada says. “We already had sort of our casting of characters, and we were piecing together the story. Then Diane Luby Lane—who is the director of Get Lit, the nonprofit that introduced me to all the poets, said, ‘Hey, we have these two really compelling performers, and I know it’s too late, but can we see if there can be potentially a slot for them?’ And we met them, and they’re just clearly such stars, so at the last minute we had this idea: Why don’t we try to incorporate them throughout the film?”

“So over a summer workshop, all 27 of them, plus myself, we were meeting every single day trying to adapt their poetry into scenes and fuse the scenes together, so it really was a communal effort.”

López Estrada reveals that the concept of two rappers—whose rise to stardom happens so fast that it all takes place during the short period in which the film takes place—started as something of a joke, but he believes they ended up stealing the film. This type of happy coincidence leading to movie magic was par for the course on Summertime.  López Estrada admits that making the film was such a chaotic process that, at times, it was hard to know whether it was coming together.

“I knew that there was something special in their poetry and knew that I was very inspired by their work,”  López Estrada says. “But I really didn’t know how this was going to come together, and I think that’s what made the movie and the process of being in the movie so special, the fact that we were all doing this kind of blind trust fall together. We were hoping that all of the pieces would come together, but not till we were really finished did I really feel like, ‘OK, we have something special.’”

López Estrada is now gearing up for his next feature, the CGI remake of Disney’s Robin Hood, once again showing that he’s an artist who defies convention and is difficult to categorize easily. “The only strategy that exists to the work that I’ve done is that I try to follow my gut, and I try to work on projects that I feel inspired by and that I feel really connected to,”  López Estrada says. “I would say that, maybe, the one common thread is that all of the stories I’ve directed are meant to build empathy and meant to allow you to connect to people more.”

“We were hoping that all of the pieces would come together, but not till we were really finished did I really feel like, ‘OK, we have something special.’”

Carlos López Estrada is an exciting creative presence who has already had a significant impact on modern film. With Summertime, he has given 27 young people the chance for their voices to be heard on a scale that they never imagined, and there is little doubt that, among them, there is that one artist—or a few—who will go on to leave an indelible mark on the world and that, for many of them, their chance to shine is only beginning. Only time will tell, but for now, in the Summertime of 2021, their voices will all ring out loud and clear.