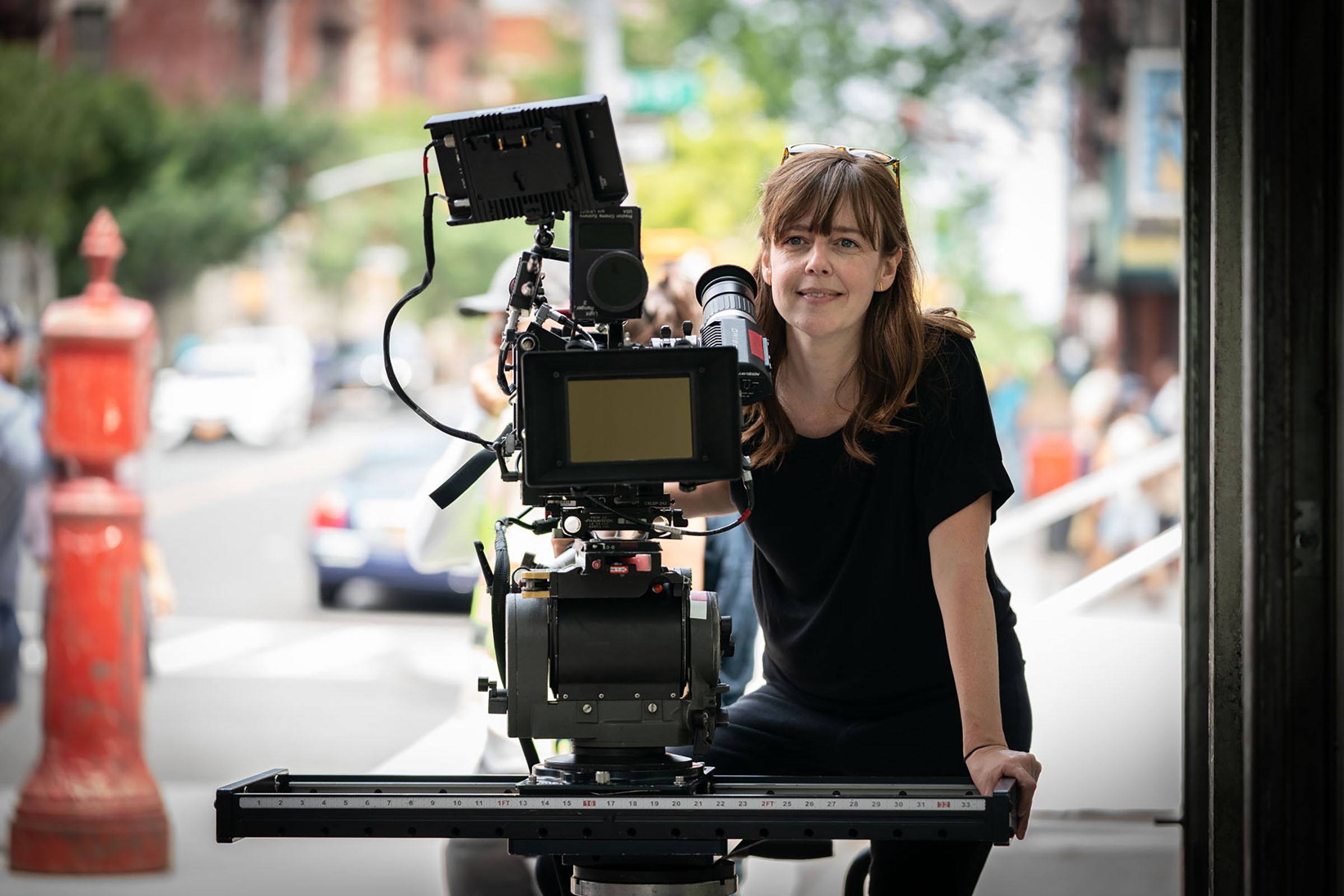 Cinematographers Look At The Big Picture: Moviemaking and Moviegoing in the COVID Age

Whether you make movies or simply find that a darkened theater is your happy place, the COVID-19 pandemic has been a time of change and uncertainty. As film productions shut down, release dates jumped around all over the calendar, and theaters completely shut down for months, struggling to fill seats even now. Big openings for tentpole films such as Black Widow and F9: The Fast Saga notwithstanding, moviegoing is still not back to normal, and major productions are still ceasing almost daily due to positive COVID tests. But if there’s anyone out there who can shine a light on the workings of a film set in this era—as well as the importance of proper presentation of the art form at large—it’s a film’s director of photography. Alice Brooks, Denson Baker and Ross Riege are seasoned professionals who have run the obstacle course of filmmaking in the time of COVID. They’ve come out of the first wave with firsthand perspectives on this period in cinematic history.

“I was someone who really took the lockdown seriously, and when I knew I was going back to work, I had lots of questions.”

Brooks was a child actor who realized, at age 15, that she belonged on the other side of a camera. While she’s shot a number of Hollywood projects, 2021 is a banner year, with three major features: the dramedy Queen Bees, as well as the critical darling In the Heights, Jon M. Chu’s adaptation of the Broadway musical by Lin-Manuel Miranda. Brooks was then asked to meet with Miranda about another project, his directorial debut, tick, tick… Boom! But after starting production, everything came to a grinding halt.

“I was someone who really took the lockdown seriously,” Brooks says, “and when I knew I was going back to work, I had lots of questions.” Brooks gives credit to the artists, unions and studios in Hollywood who drafted a document called The Safe Way To Move Forward, outlining strict safety procedures on film sets. “Making movies is about overcoming challenges, and this was just the biggest challenge to overcome ever.”

Riege, who shot the indie favorite The Kings of Summer, was beginning pre-production on Rutherford Falls early last year. “We started prep in the spring and then, of course, got shut down,” Riege says. “We had to rethink a number of things due to the restrictions and the safety protocols, and one of the things we did is we added a third full-time camera crew.” This provided a much-needed contingency in case they needed to split into separate units to shoot more than one sequence at a time in order to stay on schedule, since COVID protocols caused significant slowdowns. Or, in the event that one crew got sick, this measure also facilitated having a backup in place.

“Making movies is about overcoming challenges, and this was just the biggest challenge to overcome ever.”

The New Zealand–born cinematographer Baker is best known for his collaborations with director Claire McCarthy, including Ophelia and The Luminaries. In addition to being creative partners, Baker and McCarthy are also husband and wife, and the filmmaking couple just finished a film, The Colour Room. “We just wrapped last month,” Baker says, “and that was right in the thick of the most restrictive period here in the U.K., so it was full COVID protocols … Everyone had to wear shields if the actors were on the set because their masks were off. I wore goggles so I could at least operate the camera.”

Baker elucidates that one logistical difficulty they faced was in the use of extras, because large crowds of people gathered together wasn’t an option. “We couldn’t pick someone on the day and say, ‘Alright, we’ll put you in the shot,’” Baker says. The creative solution they found was crowd duplication, wherein they would lock off a frame and then shoot the extras, move them to various places, shoot them again, combining the two images to double the size of the crowd.

“I had forgotten how much I missed movies,” Brooks says. “The lights dimmed down, I got chills, goosebumps on my arms, and immediately, I felt at home … It’s so immersive, and to be right there with Usnavi (Anthony Ramos) when he first turns, looks at the camera and says, ‘Hey, y’all, good morning,’ it is an invitation to be part of the movie, to be a character in the movie, to experience the movie as a member of the community. It just doesn’t feel the same way when you’re watching it on a TV.”

One of Baker’s biggest concerns, in terms of presentation, is that the majority of televisions aren’t configured to showcase a film in the way the artists intended. “One thing having a film in a cinema did give you was that there were some technical standards that projection would have to fulfill,” Baker says. “And you would hope that when you went into a cinema anywhere in the world, you were going to see an image that was pretty close to what the filmmakers had made and intended for the audience.” Baker worries that when people are watching films for the first time on devices set to factory specifications like high frame rates and motion smoothing, the filmmaker’s vision is lost.

“One thing having a film in a cinema did give you was that there were some technical standards that projection would have to fulfill.”

Baker’s next project, The Burning Season—set to star Naomi Watts and Sophia Lillis—is on an indefinite hold due high COVID levels in Madagascar, the movie’s setting. But there is still a lot of hope in the industry that movies can weather the storm. Riege believes that in the long run, film sets may actually benefit from the experience.

“It’s that resilience of our industry,” Riege says. “Now that we’ve gone through these pandemic challenges, we’ll incorporate some of the things we’ve learned along the way, and we’ll continue moving forward in an even more efficient and safer manner.”

A lot of uncertainty remains. The rise of the delta variant has brought on returning restrictions on indoor venues in Los Angeles, combined with the return to masks indoors—even for the vaccinated, which is fueling worries about further decreases in moviegoing. Meanwhile, on the production end, the door has been recently opened for individual productions to require mandatory vaccinations. While some may balk at such a step, mandatory vaccinations could prove essential to getting big budget films made and kept on schedule as it will greatly decrease the need for daily tests to prevent the spreading of germs on set.

“Now that we’ve gone through these pandemic challenges, we’ll incorporate some of the things we’ve learned along the way, and we’ll continue moving forward in an even more efficient and safer manner.”

The difficulties aren’t over by a longshot. At the same time—after professionals such as Brooks, Baker and Riege have learned how to safely adapt to necessary restrictions—there is no question that the need for entertainment, escape and the power of art is stronger than ever. We don’t just want movies; we need them, and for many of us, the light at the end of this long tunnel is coming from the flickering glow of a projector, welcoming us back to a world of dreams and endless possibilities.