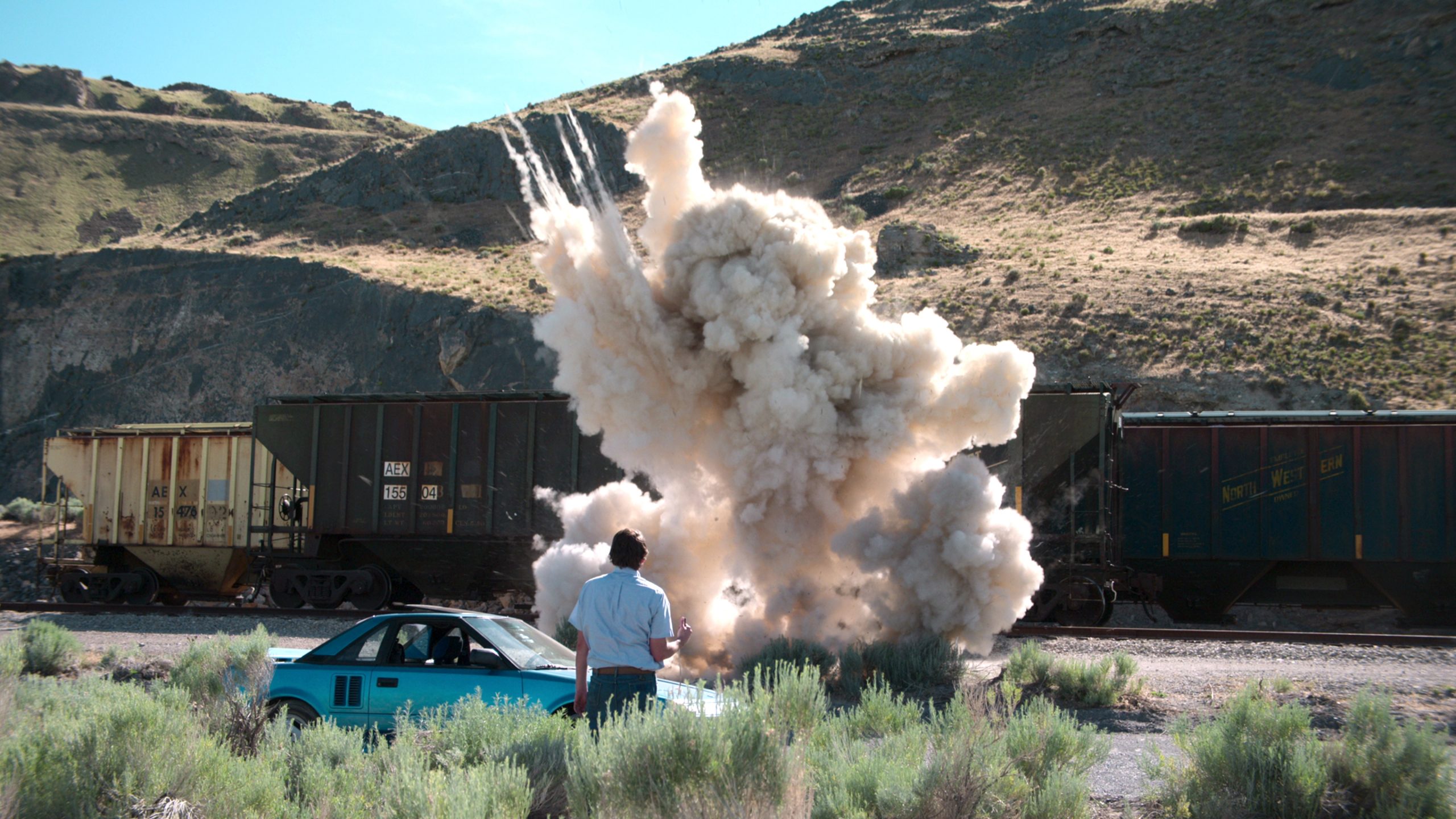 In the fall of 1985, Salt Lake City was rocked by three mysterious bombings that left two people dead and a third severely injured. The plot thickened when a trove of early-Mormon letters and diaries were found destroyed in the vehicle of the third victim, Mark Hofmann, a renowned collector of rare documents, including some sensitive and controversial documents pertaining to the history of The Church of Jesus Christ of Latter-Day Saints, which even church leaders—including the church’s later President and prophet, Gordon B. Hinckley—believed to be genuine. When the documents were all determined to be forgeries, everything came crashing down. Hofmann had planted pipe bombs in an apparent attempt to cover his tracks. The story, which culminated in the conviction and life sentencing of Hofmann for forgery and murder, is well-remembered by those of us who were children in Utah during the ’80s. It’s the subject of a new Netflix true-crime documentary series, Murder Among The Mormons, from filmmakers Jared Hess and Tyler Measom, who both grew up in the LDS faith in the ’80s and were instantly drawn to the subject.

“Tyler and I are both true crime buffs, and this is a true-crime story unlike anything out there,” Hess says. The director of Napoleon Dynamite and Nacho Libre, Hess is known for his comedies, and a movie about murder and religion seems a bit off-brand on the surface. Although, he did confess that his 2015 film, Don Verdean, which starred Sam Rockwell as a phony “Biblical Archaeologist” was “100%” inspired by the Hofmann case. For Measom, a documentary filmmaker whose films include An Honest Liar and Sons of Perdition, this project was right up his alley.

“I caught wind that Jared was interested in it as well,” Measom says. “So we had a sushi lunch, and right there at that time, we said, ‘Let’s do it together.’”

The filmmakers wanted to tell the story of Murder Among the Mormons from the point of view of those who were there. “That was the most important aspect,” Hess says, “being able to interview the people that were there on the day of the bombings, that lived and worked with Mark, in the years before, just explain how they were deceived and they were affected and how their livelihoods were destroyed.”

Those interviewed in depth included Hofmann’s ex-wife, Dorie Hofmann-Olds, as well as Shannon Flynn, a close friend and business partner of Hofmann who was a suspect at one point in the investigation, and Brent Metcalfe, a research assistant who introduced Hofmann to collector Steven Christensen, who was killed by the first bomb. All three were duped by a man they realized they didn’t really know.

“For a lot of these individuals, this was the first time they’d really talked in depth about this particular pain that occurred,” Measom says. “And so for many of them, it was very difficult to get this out, and to tell these stories and to rehash this pain and suffering that they went through … So it was both difficult for us and them, but I think also cathartic for them in many ways.”

Murder Among The Mormons features extensive local-news footage from the time of the bombings, most of which was taken from VHS recordings of television broadcasts, including one tape from the day of the first two bombings supplied by Dorie Hofmann-Olds, which may have been recorded by the killer himself.

“It has a movie of the week playing, and then all of a sudden, it cuts in, right in the middle of it, and you see the bomb news happening,” Measom says. “So someone was recording that bomb stuff while it was happening.”

The mini-series—which consists of three episodes, each approximately one hour in length—is both entertaining and sobering. It combines interviews with dramatized reenactments, a technique popularized in the Erroll Morris film The Thin Blue Line, and allowed Hess and Measom to combine their individual strengths in storytelling. It also allowed them to accurately portray the ingenious methods that Hofmann used to forge these documents.

There are many reasons why the tale of Mark Hofmann left such a strong imprint on the psyche of so many Utahns, both Mormon and otherwise, but one of the strongest just might be the fact that the concept of a young man presenting documents of great religious significance is one that strikes a chord for those familiar with the history of the church.

Hess, meanwhile, remains a believer, and it’s his assertion that the details of this story are only a problem for church members if they think that the organization and its leaders are infallible. Hess views the Hofmann story and the church’s role in it from an entirely human perspective, one that merely illustrates that no one is immune to deception. That’s the perspective from which the filmmakers chose to tell the story of Murder Among the Mormons. Measom also views it as a cautionary tale, reminding us all to ask questions.

“There are snakes in the grass anywhere,” Measom says. “It can be a religious group, or the history of a religious group, or a used-car salesman or a reality-TV President. There is always going to be somebody who is trying to sell you a faulty bill of goods … I think all of us need to look around and say, ‘OK, am I believing something that may not be true?’ And that’s really one of the ultimate themes of Murder Among The Mormons.”