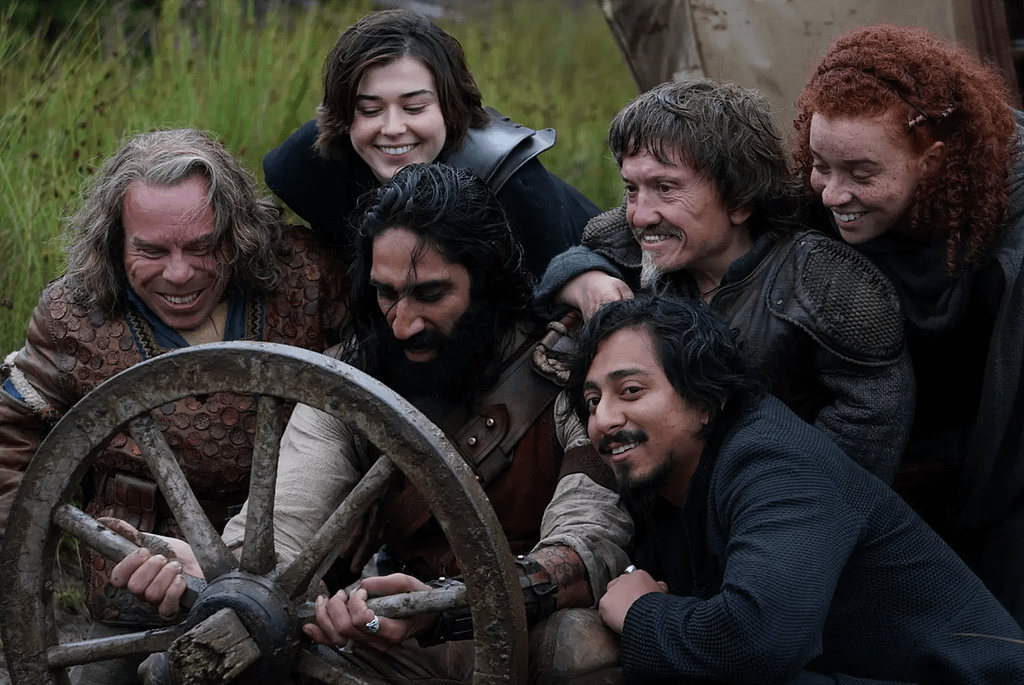 Jonathan Kasdan On the Magic of Willow

It’s the time of year to look back on holiday memories. For filmmaker Jonathan Kasdan, a yearly gift from a magical man with a beard is at the top of this list. “A box would come from Lucasfilm,” Kasdan says of his childhood Christmases., “We’d open it up, and inside would be two of every action figure they released that year—one for me and one for my brother.“ The magical man was, of course, George Lucas, and Jonathan still plays with toys that Lucas gave him, albeit in different ways. Kasdan co-wrote Solo: A Star Wars Story along with his father, Lawrence Kasdan, who wrote Return of the Jedi and Raiders of the Lost Ark. Now, Kasdan serves as the creative force behind Willow, a new Disney+ series that serves as an extension of the beloved 1988 fantasy-adventure film of the same name.

Willow picks up nearly 20 years after the events of the original film. The kingdom of Tir Alsleen is now ruled by Queen Sorsha (Joanne Whalley), who must protect the realm from a mysterious new threat. The only hope she has is in her old friend, Willow Ufgood (Warwick Davies), a sorcerer of diminutive stature and extraordinary heart.

“Those two things—the Force in Star Wars and magic in the Willow-verse—are deeply connected.”

Jonathan had always held a special love for Willow and found himself in the position of working with its director, Ron Howard, when the Oscar winner stepped in to direct Solo. “He and I sort of instantly had a friendship,” Jonathan says. They both had grown up on movie sets, with Jonathan often visiting the sets of the movies his father directed and Howard working as a popular child actor. As the two men worked on Solo, they kept coming back to Willow, Jonathan’s love for the material and the possibility of another chapter in that story. “At the time, the idea of a show was just not where our heads were at,” Jonathan says, “but the moment that Mandalorian was announced and we realized that streaming was where a lot of this was headed, it was Ron that very clearly and instantly saw that this was the way we could spark this thing back to life.”

Jonathan wanted to embrace the creative and spiritual connection between Star Wars and Willow, which is prominent in the second episode, “The High Aldwin,” wherein Willow himself describes magic as “an energy that flows through all living things.” If it sounds like Willow is describing the Force, that parallel is purely intentional. “I do think of all of these stories as inhabiting a singular reality,” Jonathan says. “Those two things—the Force in Star Wars and magic in the Willow-verse—are deeply connected. They’re connected … in George [Lucas’s] soul and philosophical outlook, and I thought they should remain connected between these projects.”

Whether or not the series has achieved its goal of capturing the spirit of the original while introducing more modern sensibilities has been a subject of debate, as the series has a Certified Fresh rating of 84% from critics on Rotten Tomatoes yet the same site lists an audience rating of only 25%. Jonathan has learned to take a Zen approach to online venom. “After you’ve sort of been through it once on Solo, you sort of come to see, you know, here’s people with deep convictions and deep love for a thing,” Jonathan says, “If you can try to see it entirely in terms of the depth of passion for Willow, then I can really relate to everyone and to feeling strongly about something.”

“Anything we could do to make this … distinct and different and sort of swaggery in that Ron Howard way, we should try to do.”

The series takes the material in new directions, which includes the use of popular music under the ending credits of each episode. “We were entering into a period [of television] where there’s going to be a lot of fantasy,” Jonathan says, referring to Lord of the Rings: The Rings of Power and House of the Dragon, among others. “Anything we could do to make this … distinct and different and sort of swaggery in that Ron Howard way, we should try to do.” Jonathan says the guiding star for having fun with the out-of-place genre elements was actor Val Kilmer’s performance as Madmaritgan in the film, which brought a distinctly modern-American flavor into what otherwise felt like a medieval European fantasy world.

Season one of Willow will continue dropping new episodes every Wednesday on Disney+ until Jan. 1, though Jonathan has no intention of stopping there and hints at big plans for the future. If the success of Willow holds, we might be able to look forward to opening a big box of magic every year, courtesy of Lucasfilm and Jonathan Kasdan.