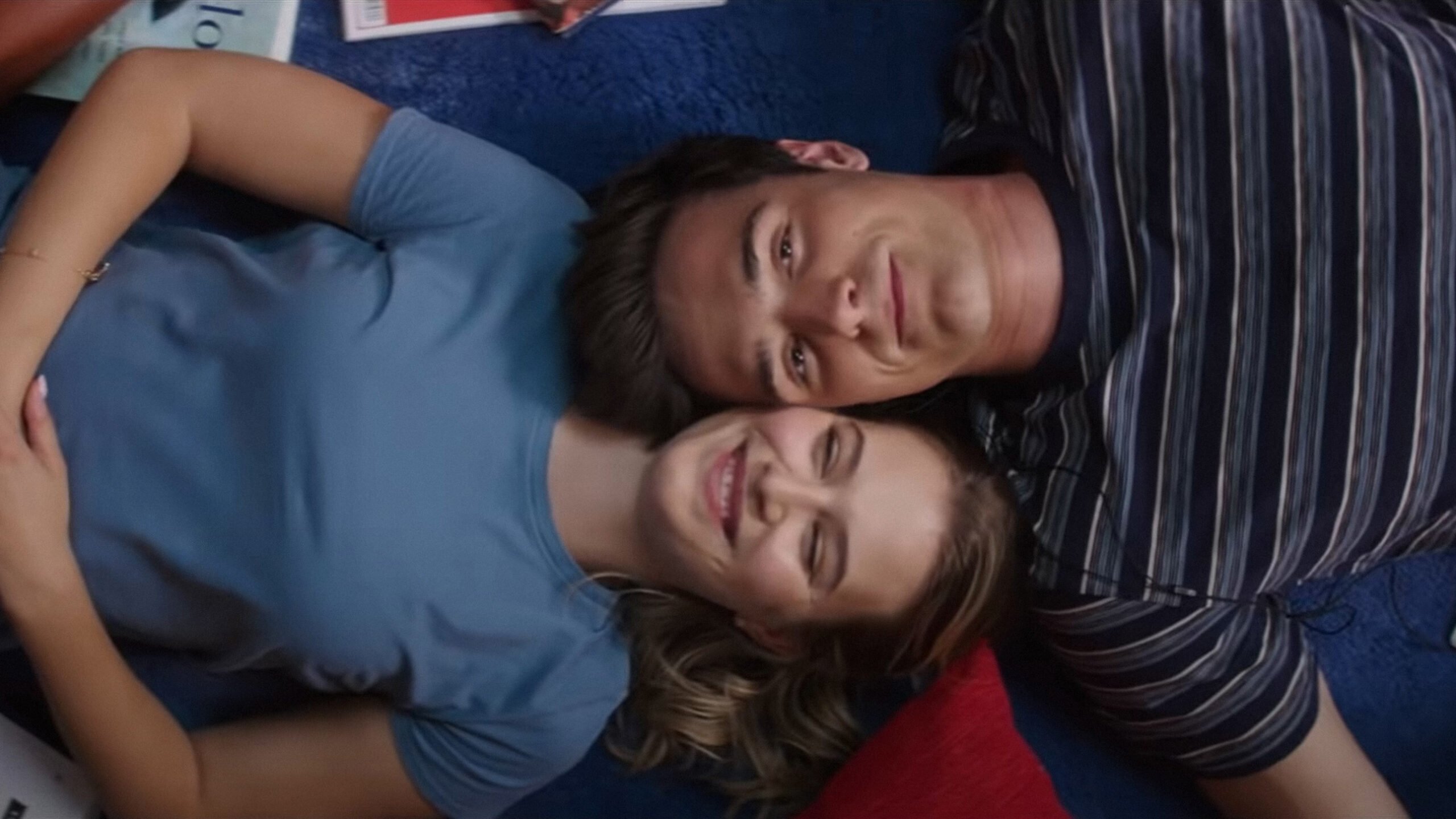 To ask critics to review 2 Hearts by holding it to the standard of other films that play in first-run movie theaters feels somehow like asking a court to try an 11-year-old as an adult. It doesn’t possess the emotional maturity to fully understand what it’s done, and no matter how much outrage we might be feeling toward it, nothing is going to change what happened. The important thing is not punishing anyone but figuring out the best way to make sure this never happens again.

2 Hearts is a “based-on-a-true-story” inspirational tear-jerker docudrama which follows two seemingly unrelated stories about two very different men. Chris (Jacob Elordi, The Kissing Booth), who narrates the film through a god-like voice over, is a big dopey lug of a college freshman who falls head over heels in love with Sam (Tiera Skovbye, Riverdale, Once Upon a Time), the first girl he sees on campus. Jorge (Adan Canto, Designated Survivor, Narcos) is the wealthy heir to a Cuban rum dynasty and suffers from cystic fibrosis. Jorge also falls in love, with a flight attendant named Leslie (Radha Mitchell, Pitch Black, Man on Fire). One minute we are watching Chris adorably stalk Sam at the expense of his grades, and the next we see Jorge and Leslie as they cavort and frolic on his yacht, or on the beach or any other location wherein one can cavort and frolic in such a way as to indicate wealth in a film that is made on a limited budget.

As Chris and Sam get more and more serious, Jorge’s disease begins to take its toll in the form of liberally applied gray make-up and a tendency to insert mild coughs that sound like Yoda before he disappears. But what could these two stories possibly have to do with each other, and why are they recurring references to the fact that Chris doesn’t have a driver’s license? And when he finally gets one, why is such a big deal made of his choice to be an organ donor ... oh, okay.

I probably should have included the words “spoiler alert” in there somewhere, but the only way I can truly ruin 2 Hearts for you is by convincing you to see it. Besides, the title was a dead giveaway that it was leading up to ... wait, a lung transplant? I must say, you have to give them credit for the fact that when you break it down, the title really just sucks on so many different levels.

Director Lance Hool (Missing in Action 2: The Beginning), producer Conrad Hool (Cabo Blanco, Man on Fire, Club Dread) and co-screenwriter Robin U. Russin (On Deadly Ground) are certainly trying something different with their careers, turning to the faith-based market for their last movie—if there is a God, this will be their last film—but the religious elements manage to be self-consciously muted and yet unbearably heavy handed at the same time. And while I’m a card-carrying proponent of donating organs and consider it to be a personal cause, the writing and direction play so much more like a coffee commercial than anything else.

The acting is at best semi-competent, at worst embarrassing, and the cardboard characterizations make it impossible to become invested in any bit of 2 Hearts, because not for one moment does any of it feel real enough to even seem like a honest to goodness movie, much less a true story.

The opening and ending sequences are based around scenic shots looking on to an island paradise, and it's a great location, which is probably why Steven Spielberg used it as Isla Sorna, aka "Site B" in The Lost World: Jurassic Park—as if the narrative device lifted from American Beauty wasn't enough to make you feel distracted thinking of better films.

To a certain extent, this movie does have its heart in the right place, it's just that it's head is shoved so far up the wrong one that it doesn't matter. 2 Hearts plays like the collective work of naïve amateurs, not people who have been actively working in the industry for more than 40 years. To call it the worst film of the year feels like elevating it to a level of legitimacy that it just doesn't deserve. –Patrick Gibbs