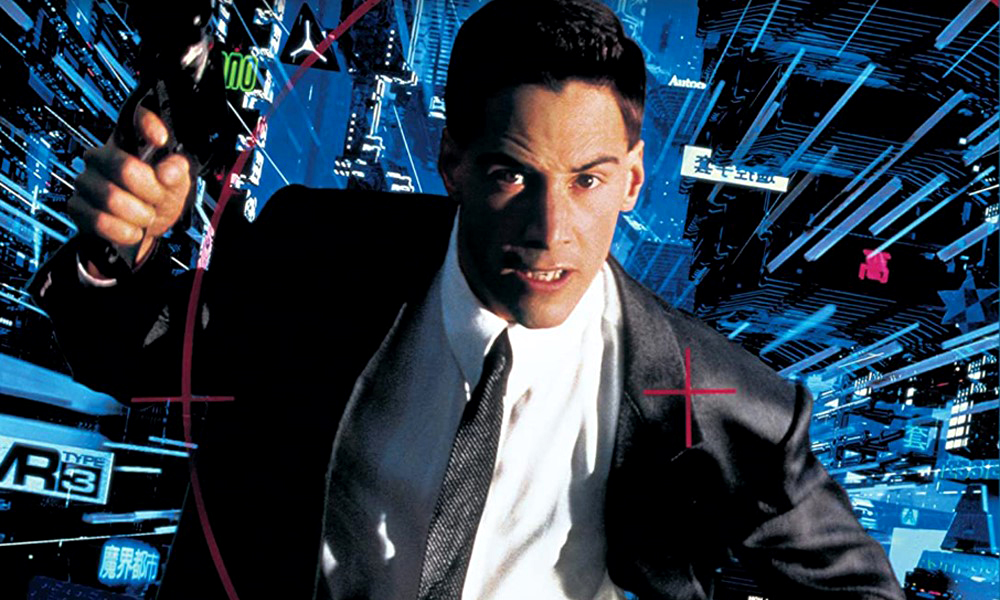 Whatever happened to The Future? You’re living in it (sorry for the mess—we weren’t expecting company). Just clear a spot among the discarded red hats and empty Mountain Dew liters and have a seat, because we’re going to talk 1990s cyberpunk cinema.

Back in the ’90s, we had a different vision for The Future (aka the 2000s). Yes, it was also dystopian AF, but at least it looked cool and the tech was awesome. Instead of sleek,black-leather suits and flying cars, what do we have in 2021? Neon Crocs and Bluetooth butt plugs. Lame.

Here are nine movies from the 1990s that predicted The Future, both boldly and brainlessly. They don’t all fit within the critically determined “cyberpunk” genre, but we were certain that critics would have been erased from the bloodline by now, so don’t sweat it. 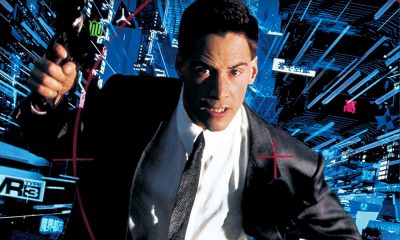 Cyberpunk O.G. Johnny Mnemonic holds up almost as well as star Keanu Reeves 26 years later. Johnny (Reeves) is a courier who transports data between corporations via a storage implant in his brain (eight whole gigs!). When a job goes sideways and Johnny learns he has the cure for a disease the pharma cabal doesn’t want released (how very now), he finds the anarchic Lo-Teks (Ice-T, Henry Rollins and … a dolphin) to extract it. BTW: Johnny Mnemonic is set in 2021. 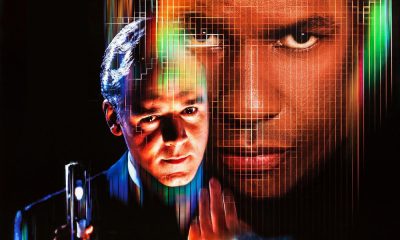 Virtuosity is simultaneously Denzel Washington’s worst movie performance and Russell Crowe’s best—Traci Lords’, too. Washington plays an L.A. cop tasked with taking down Crowe’s SID 6.7 (Sadistic, Intelligent, Dangerous—ha!), a virtual-reality serial killer who’s now hamming it up IRL. SID 6.7 is a composite program of history’s worst scumbags (Hitler, Manson, Hannity, etc.) and Crowe is obviously having a blast as a cutthroat cartoon. The rest of the movie? Virtual shit. 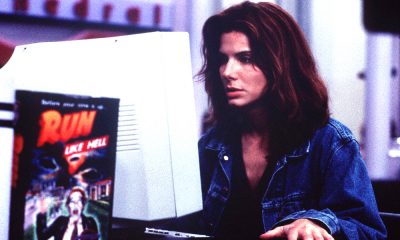 What’s a more evergreen plot than a woman endangered by the internet? Tele-shut-in coder Angela Bennett (Sandra Bullock) discovers a backdoor entrance into classified government files on the World Wide Web (hey, it’s 1995) and is sucked into a keystroke caper that’s equal parts De Palma, Lifetime, and the Macworld swimsuit edition. The Net is ridiculous, but it presaged online takeout, identity theft and the aforementioned cyberstalking. Yay? 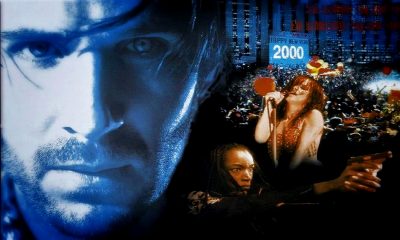 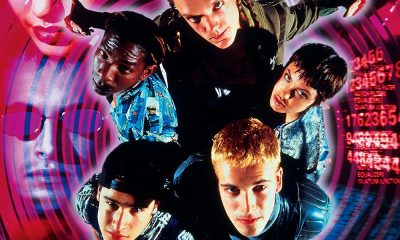 Hackers is so ’90s it hurts. Teen computer hackers “Zero Cool” (Jonny Lee Miller), “Acid Burn” (Angelina Jolie), “Cereal Killer” (Matthew Lillard) and others are caught breaking into a corporate supercomputer for kicks. This alerts—these fucking nicknames—“The Plague” (Fisher Stevens), an evil hacker who had nefarious plans for said supercomputer; soon, the gang is on the run, skateboarding and keyboard tapping like the wind. Floppy disks were never so sexy. 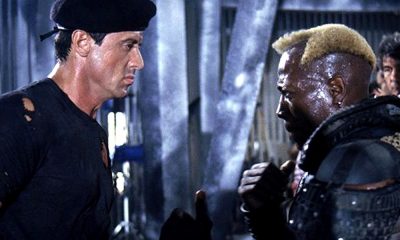 America 2032 is a crime-free utopia where all restaurants are Taco Bells. Sounds great—until 1996 psycho-criminal Simon Phoenix (Wesley Snipes) escapes cryo-prison, grabs some museum guns and starts shooting shit up (this flick is an NRA wet dream). Soon, unfrozen ’90s cop John Spartan (Sylvester Stallone) is dispatched to fight ultraviolence with ultraviolence, because that’s always the answer. D-U-M-B, but Demolition Man is as prescient a comedy as Idiocracy. 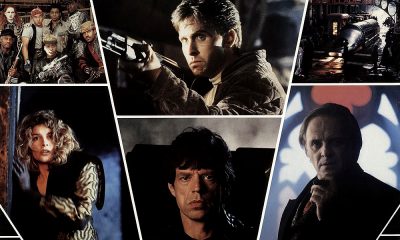 In the distant future of 2009(!), rich fat cats achieve immortality by purchasing new bodies prior to their past deaths via time travel—just go with it. Racecar driver Alex Furlong (Emilo Estevez) is snatched right before a 1991 crash by body-napping mercenary Victor Vacendak (Mick Jagger), but escapes, thus becoming a “Freejack” (lest you thought this movie was about pity handjobs). If you buy all 98 pounds of Mick Jagger as a threatening villain, I’ll go on. No? Cool. 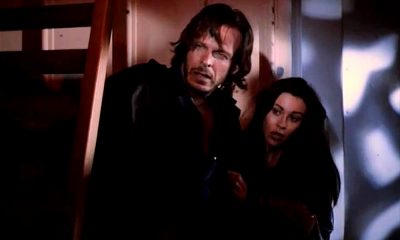 Robot hookers and Marc Singer? How did this escape the ’80s? Los Angeles is underwater, Phoenix, AZ, is a coastal capitol in 2077 (sounds about right), and bounty hunter Jack Ford (Singer) has been tasked with tracking down four female “pleasure droids” who’ve gone missing between Jupiter and the undersea New Angeles, now an ultra-Christian stronghold. Yup. Cyberzone looks like it was filmed over a weekend for $700, but at least there’s gratuitous ’bot nudity. 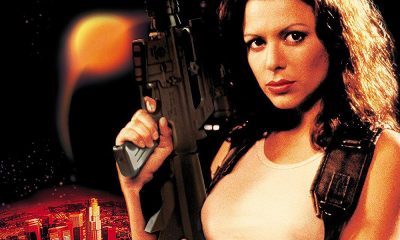