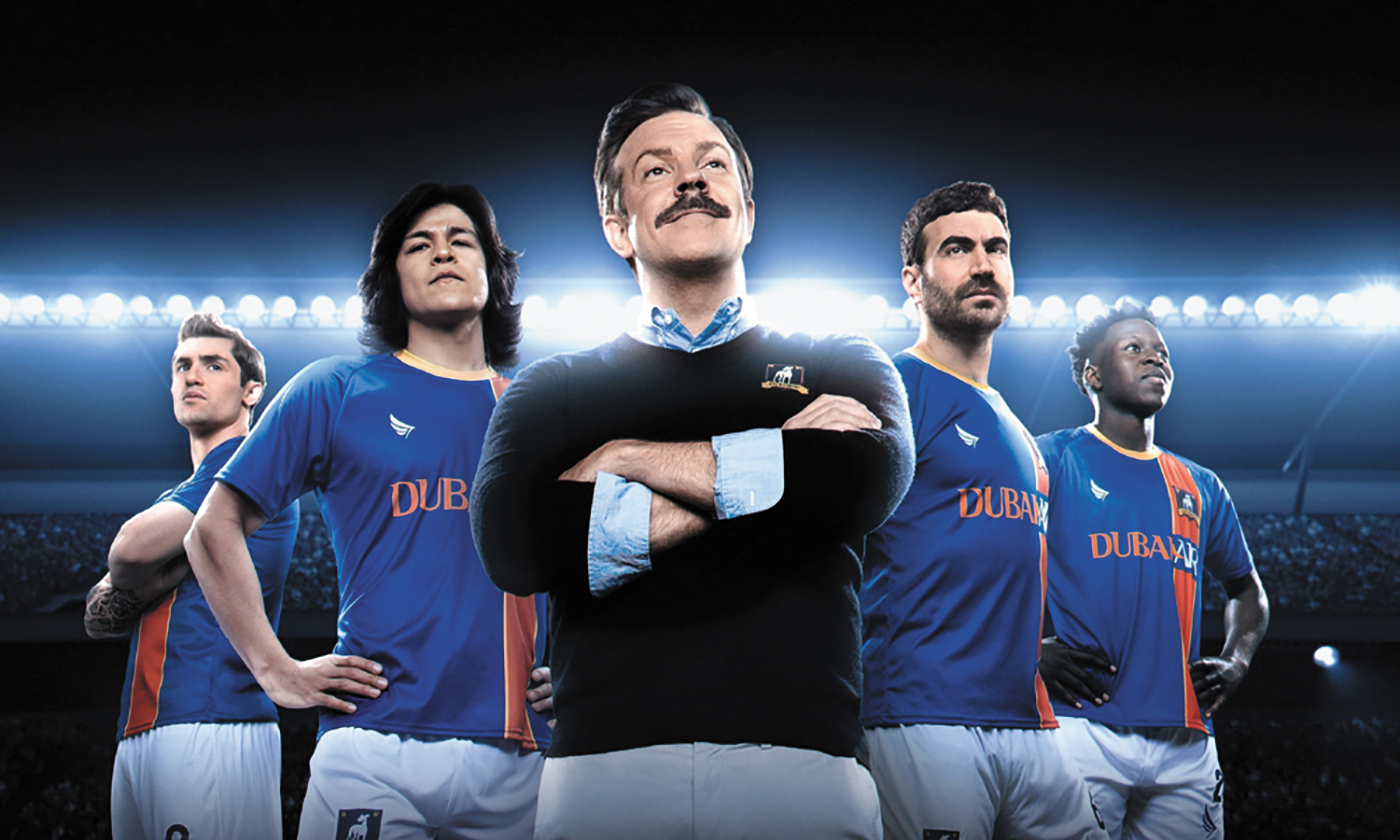 It’s not time to flush 2020 just yet: Entertainment critics (aka inessential workers, or last responders) must weigh in with their picks for the “best” of the year. You’ve suffered through slightly worse over the 68 months of 2020; the least you can do is indulge us.

Me? I’m focusing on TV series that debuted—and in some cases, ended—in 2020. We’re all aware that AMC’s Better Call Saul continued to be fucking fantastic, and I won’t bore you with the details of how Showtime’s Shameless is currently killing in its 11th and final season (or maybe I will, next time). This is all about the first-seasoners.

Here are 10 new series that made splashes in 2020, some larger than others. 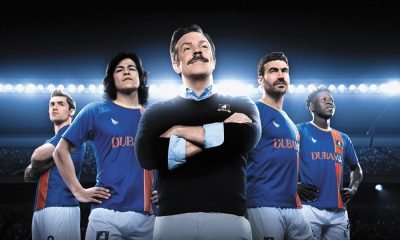 American college football coach Ted Lasso (Jason Sudeikis) is recruited to train a dysfunctional British soccer team. Besides being a subtle symbol of American unexceptionalism, Sudeikis’ Ted is also a big-hearted optimist who transforms a one-joke show into the absurdist, 10,000-watt beacon of “It’s gonna be OK” that 2020 needed. You don’t even have to care about sports to be sucked into Ted Lasso—it’s about people, not points (there’s your pull-quote, Apple TV+). 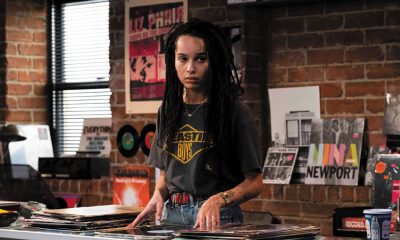 This smart-but-breezy update of the 1995 book and 2000 movie premiered in February and was canceled sometime later in the ’20 Co-void—it all blends together. Brooklyn record-store owner Rob (Zoe Kravitz) is a music and pop culture-devoted “cool chick” with several complicated twists, and her friends/employees are just as messy and three-dimensional. Besides a great soundtrack, High Fidelity delivered an authentic take on the Millennial blues. WTF, Hulu? 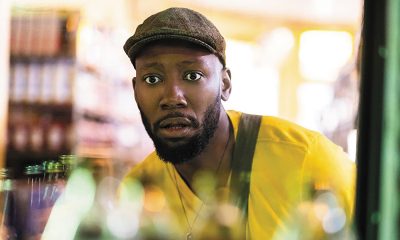 Sadly, comedies about racism may always be timely. Woke is based on the life of cartoonist Keith Knight (The K Chronicles), starring Lamorne Morris (New Girl) as Keef, a Black artist who sidesteps politics and social issues in his work, that is, until he’s beaten up by cops for EWB (Existing While Black), and his cartoons come to life and hilariously force him to finally take a stand. Unlike with High Fidelity, Hulu made the right call here and gave Woke a second season. 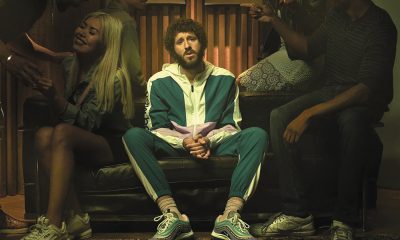 A white, Jewish rapper pushing 30 believes himself to be the future of hip-hop, straight outta the suburbs. Minor YouTube star Lil Dicky (Dave Burd) plays Dave like Curb Your Enthusiasm in the shallow end of the music biz, taking a seemingly thin premise deeper with each episode while hinting at legit mic skills (spoiler: he has legit mic skills). Burd is simultaneously arrogant and sympathetic, and Dave’s hilarious first season will easily lead into more. Watch out, Kanye. 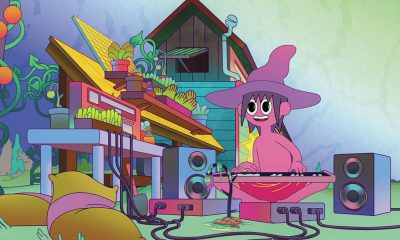 The Midnight Gospel is uniquely enlightening, meshing the deep-brain interviews of The Duncan Trussell Family Hour podcast with psychedelic animation from Pendleton Ward of Adventure Time. Trussell voices Clancy, a “spacecaster” who visits nigh-apocalypse worlds through the multiverse for enlightenment, kicks and content. The mashup of intellectual dialogue and acid-trip visuals should be overwhelming, but The Midnight Gospel is surprisingly soothing. 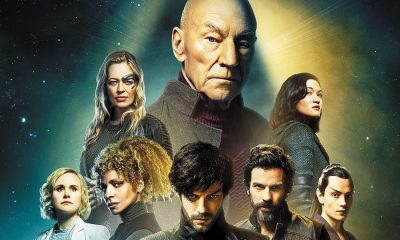 Where recent Star Trek movies are stuck on cosplaying the Trek of the past, shows like Star Trek: Discovery and Picard (and even the cartoon Lower Decks) are reinventing the franchise. Star Trek: Picard is particularly subversive in playing former StarFleet commander Jean-Luc Picard (Patrick Stewart) as a disillusioned rogue with nothing left to lose on a mission (but still charming, of course). Star Trek: Picard is the most “adult” of the Trek series and is all the better for it. 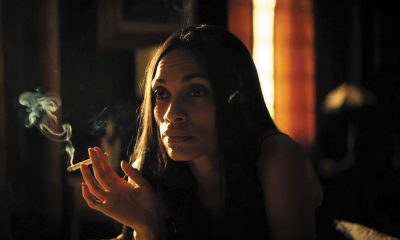 Private detective Allegra Dill (Rosario Dawson) returns to her small Texas hometown to investigate the murder of her sister, who was apparently dealing with some shady locals. Since the entire town is populated by shady locals straight out of Twin Peaks/Tarantino/Fargo central casting, the hunt gets weird. Dawson is cooler than the other side of 10 pillows here, but it’s Jay R. Ferguson (Mad Men) who almost steals Briarpatch as a coked-up cowboy from hell. 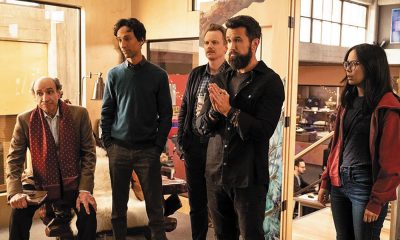 Like Veep set at a video game company, Mythic Quest: Raven’s Banquet (co-created by and starring Rob McElhenney of It’s Always Sunny in Philadelphia) exposes the chaos behind the slick public image. McElhenney leads—or attempts to lead—a volatile team of creatives (Charlotte Nicdao, Danny Pudi, David Hornsby and F. Murray Abraham) through the launch of a new multiplayer game expansion, which is a war in itself. MQ:RB is smart, sarcastic and even sweet. 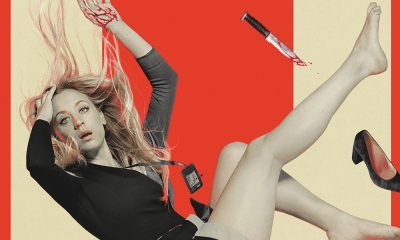 Kaley Cuoco blows away her The Big Bang Theory sitcom image with Cassie, a hard-partying flight attendant who wakes up from a one-night stand next to a bloody corpse and with no idea of what happened. The Flight Attendant is part murder mystery, part dark comedy and all terrible decisions—Cassie goes through ill-advised clue chases like vodka sodas (half the show’s budget must be mini-bottles). It’s funnier and more tense than your last family holiday gathering.