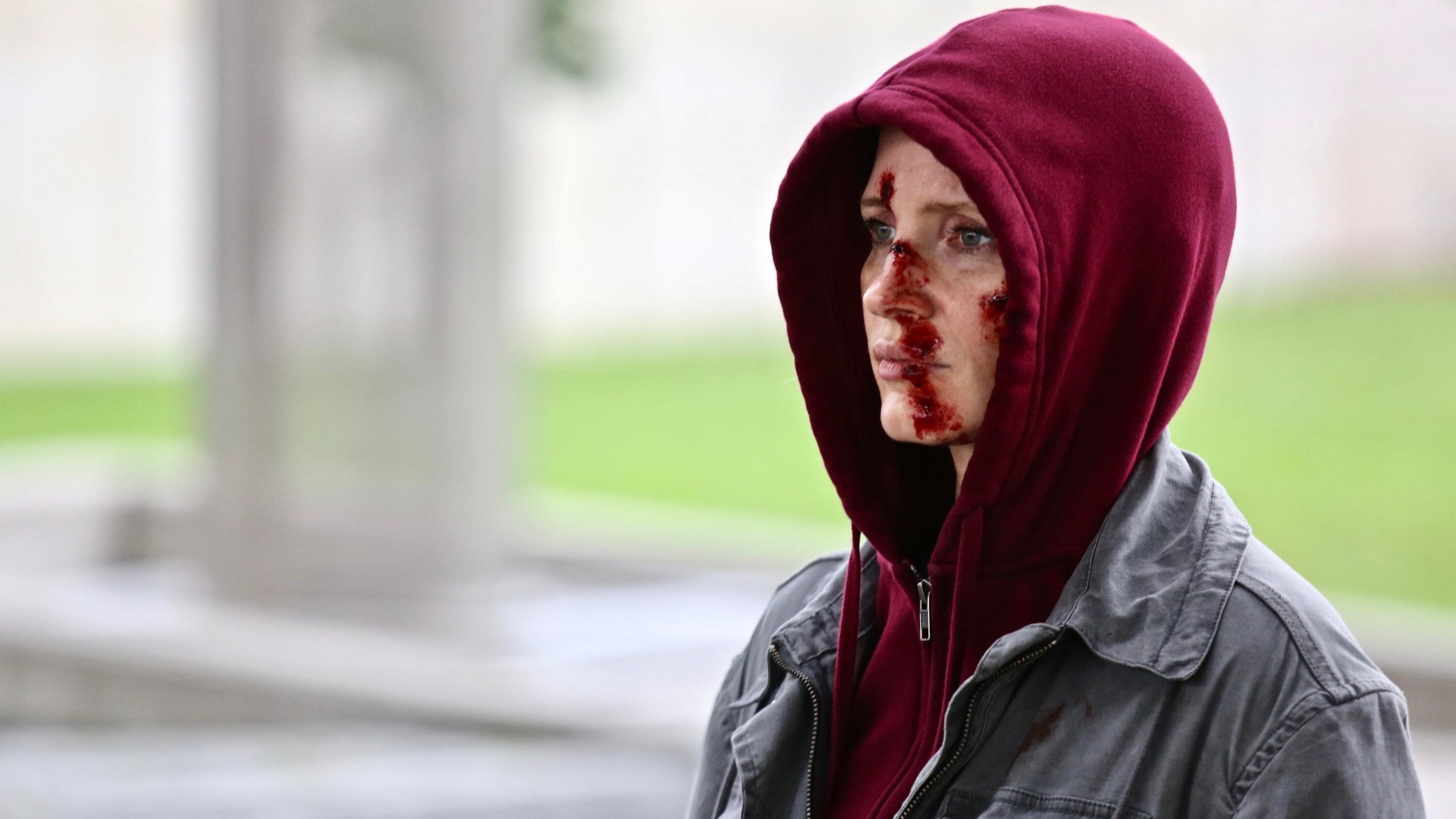 Voltage Pictures and Freckle Films
In Theaters and Streaming on Video on Demand: 09.25

There are times when expectations are everything. When I went to see Tenet, the build up and the sense of urgency to getting this movie in theaters, the people traveling from state to state just to see it, the implication that it was going to be an experience worth risking exposure to COVID-19 for … Well, I have to be honest: While Tenet wasn’t bad, it was still—for me—one of the most overhyped and underwhelming event movies since the Matrix sequels. On the other hand, what few reviews that are out there on Jessica Chastain‘s new spy thriller, Ava, had me going into it fully expecting it to barely be watchable, which no doubt played a factor in my enjoyment of it as an old-fashioned, turn-off-your-brain action picture.

Ava Faulkner (Chastain) is a trained assassin, one of the very best, having been recruited while serving in the military and having spent years immersed in a new world and new identity. But she has started talking to her targets, trying to get them to explain what exactly they did to make someone want them so emphatically eliminated before she kills them. It’s against protocol, and it’s alarming her superiors, including her mentor, Duke (John Malkovich), and Simon (Colin Farrell), another of Duke’s proteges who has risen to a senior level in the organization.

Meanwhile, when Ava learns that her mother (Geena Davis) has had a heart attack, the prodigal daughter returns home for the first time in eight years. It seems that the Ava her family knew was an out-of-control drug addict and alcoholic who split town with no explanation after a falling out with her father. Ava tries to reconcile on some level with her family but can’t share any details about what she has been—or is currently—doing. And after an assignment goes terribly wrong, she learns that she might be in danger.

Director Tate Taylor (The Help, Get On Up) is—excuse the pun—a hired gun director, and he’s on board here because Chastain recruited him. That being said, he does a good job with the Bourne-style action and pacing, and however much The Help might have fallen out of favor (and not without reason) for being one of many movies about people of color that is entirely too focused on the white savior character, Taylor has never gotten enough credit for his consistently strong work with actors, even if casting is an important part of it.

Chastain flat out rocks as a female John Wick or Jason Bourne, and she’s easily enough reason to see the movie, bringing emotion and more depth than the script gives her and physicality that is reminiscent of Charlize Theron. Malkovich, who has really gotten his groove back, gives a very entertaining performance, and I’ll watch Farrell in almost anything, even when he’s a little over the top, as he is here. But the most fun bit of casting is Davis, who gives a more dramatic performance but has been cast as sly, not to her brief action heroine phase, in particular the pulpy and outrageous cult favorite The Long Kiss Goodnight, which is one of my guiltiest guilty action flicks.

Now, I’ve been focusing on the positive. Ava is riddled with cliches; the plotting is both flimsy and rather soapy at times, and it’s also a bit too rushed to allow the better attempts at character relationships. The most interesting idea here, by far, is the exploration of who someone like this was before they erased their past. Jess Weixler (Teeth, The Disappearance of Eleanor Rigby) doesn’t feel like a strong enough presence for the role of Ava’s estranged sister—Bryce Dallas Howard would have been a best case scenario—though in fairness, Weixler isn’t given a lot to work with. But the two characters could have had a very memorable dynamic.

Ava is very much a B movie and shouldn’t be confused for anything more, but as someone who has a weakness for the espionage genre, not to mention tense action thrillers, I found it to be an entertaining time killer. It’s not always on target, but it’s also not the total misfire it’s being made up to be. –Patrick Gibbs