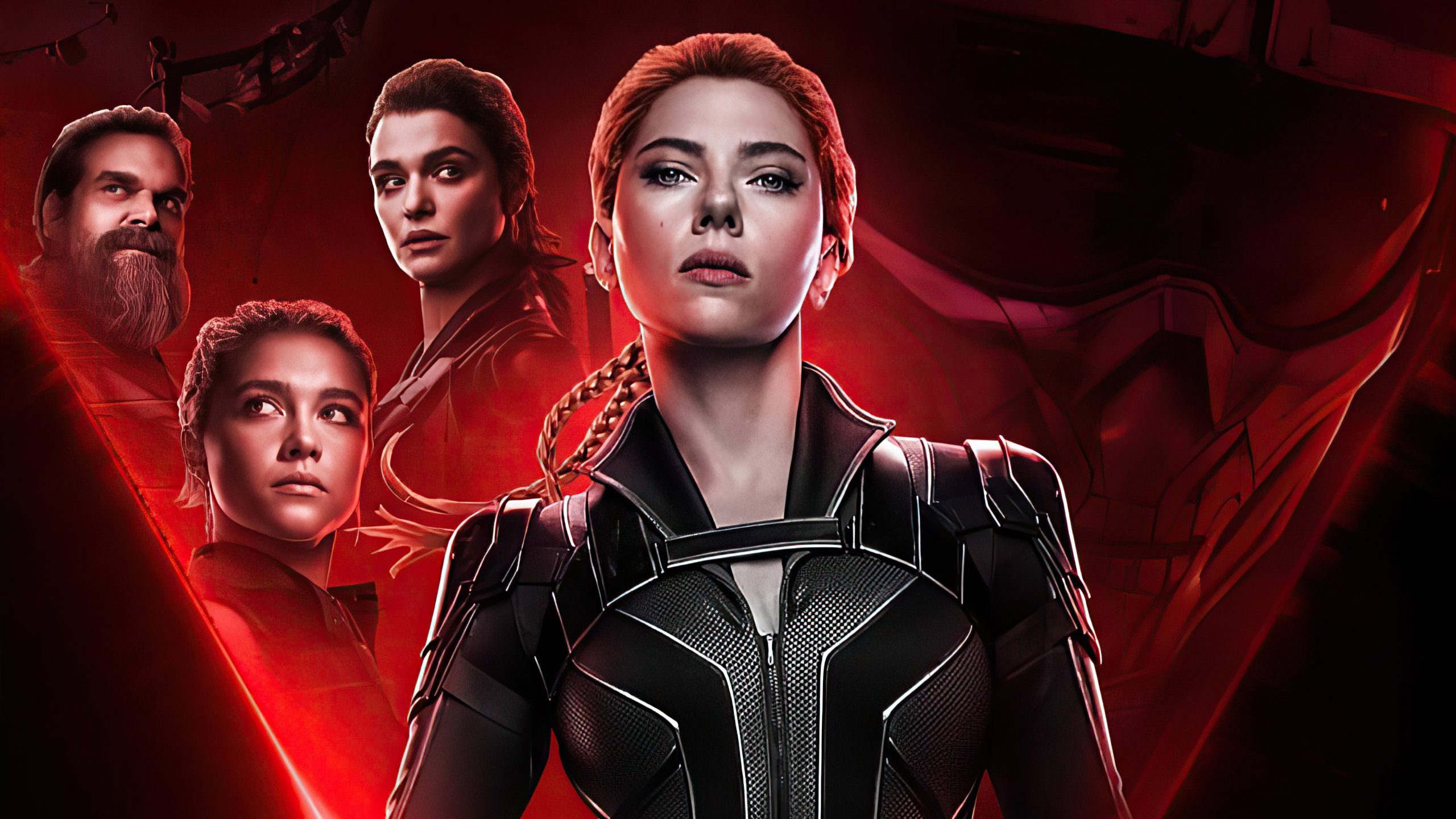 Marvel Studios
In Theaters and Streaming on Disney Premium 07.09

It took a global pandemic to make Marvel Studios go an entire year without releasing a new film. I’ve stated before that I actually believe the break was much needed because the one thing Marvel couldn’t do up to that point was make us miss them. But now, Black Widow has a lot riding on it in terms of quenching the audience’s thirst, even with their third Disney+ offering of the year airing right now. Fortunately, she was always the strongest Avenger.

In Black Widow, which takes place between Captain America: Civil War and Avengers: Infinity War, Natasha Romanoff (Scarlett Johansson, Marriage Story), is on the run from the US government and from Col. Thaddeus Ross (William Hurt, Kiss of the Spider Woman). She must finally confront the infamous “red in her ledger” when a dangerous conspiracy comes to light that’s tied directly to her checkered past. Pursued by a force that will stop at nothing to bring her down, Natasha must return to Russia, where the dark secrets of her previous life and the people she left behind have been waiting for her. She must also face the biggest threat of all: the growing fear that too many trailers may have spoiled the movie.

Fortunately, while that fear was a valid one, for me, it wasn’t the case. Director Cate Shortland (Somersault, Berlin Syndrome) and screenwriter Eric Pearson (Thor: Ragnarok, Godzilla vs. Kong) have been tasked with delivering what is really a spy thriller as much or more than it is a superhero movie, but making it satisfy hungry Marvel fans. While the do a stellar job in doing so, the most crucial element to that is Johansson, who brings a star power and screen presence that is second to none.

Natasha has come a long way from the butt-kicking eye-candy character from Iron Man 2, and may be the most layered and complex character in the MCU, even if she has always been relegated to second or third fiddle. This solo film is long overdue, and Johansson, knowing that it’s a one-shot deal, makes the most of it and then some, delivering a knockout performance. It helps that she’s surrounded by a terrific supporting cast, and the teaming of Johansson and Florence Pugh (Little Women, Midsommar), who plays Yelena, a fellow member of the Widow program, could not be better.

The chemistry between them is electrifying, whether it’s a fight scene, comedic banter or a tender character moment. David Harbour (Stranger Things) is so entertaining as Alexei, a Russian agent also known as The Red Guardian, that I wouldn’t be at all surprised if dark horse Oscar buzz starts to build for him in the Best Supporting Actor category. It’s a no-brainer that Rachel Weisz (The Constant Gardener, The Favourite) is excellent in her first action role in over a decade. If there’s a weak link in the cast, it’s Ray Winstone (The Departed, Beowulf) as the villainous Dreykov, and even then, it’s not so much his acting that comes up short as it is his Russian accent.

Shortland directs the action with a deft hand, and it’s spectacular, but she also dares to let Black Widow go for long periods concentrating on character drama and story. It’s a decision that pays off handsomely. In many ways, Black Widow is one of Marvel’s darkest films, but this isn’t Batman v. Superman: Dawn of Justice.

The darkness here has a purpose and a sense of intelligence that is closer to the Bourne films, with a touch of the movie Red Sparrow might have been if it had managed to work on any level. Although, Black Widow certainly takes place in a more fantastical world than either of those. In some ways, it’s comparable to one of the crazier Pierce Brosnan Bond films, but played with a Daniel Craig edge to it. Shortland is aware of this fact, and she slyly references both Bond and Mission: Impossible.

The reality is that you were either going to see Black Widow or you weren’t, and my review isn’t likely to have much impact on that. But as a longtime sucker for the espionage genre, I couldn’t have been much happier with it, and I would rank it among Marvel’s most interesting films. It may catch some people off guard, but it’s meant to do just that, and I welcomed the change of pace. When it comes to the question of seeing it on the big screen or paying the $29.99 premium fee to add it on Disney+, I, for one, look at it like Gonzo trying to pick between the yellow and the green balloon for his chicken, and I’ll take both. –Patrick Gibbs