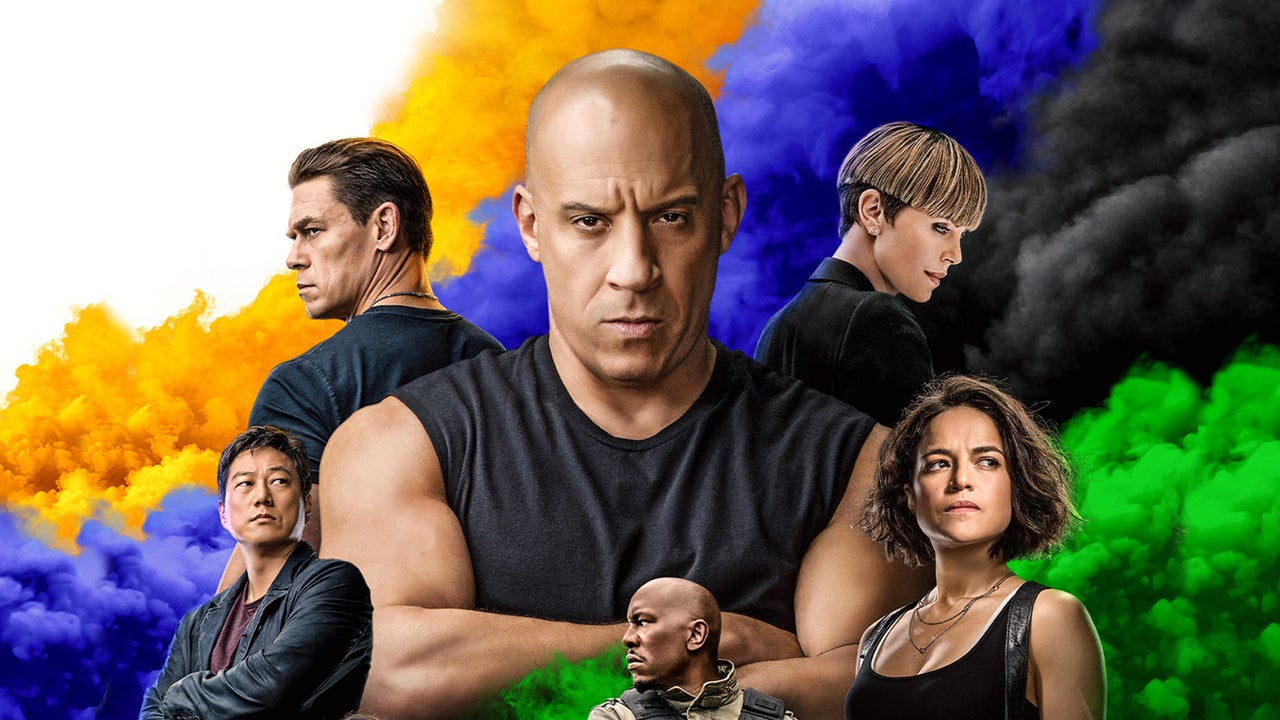 Photo Courtesy of One Race Films and Perfect Storm Entertainment

One Race Films and Perfect Storm Entertainment
In Theaters: 06.25

If there is ever a live action or CGI Roadrunner movie, I really hope that Justin Lin directs it. This is for two reasons: First, his skill at staging outrageous action sequences is up there with the very best, as we see in F9: The Fast Saga; second, he could really benefit form working with a character as interesting and well-rounded as Wyle E. Coyote.

In F9, which sounds like it should followed by “shift, alt, delete,” Dominc Toretto (Vin Diesel) is leading a quiet life off the grid with Letty (Michelle Rogriguez, Avatar) and his little son, enjoying peace and quiet and waiting for the laxatives he took in 2004 to finally kick in. But Letty knows that this life does not represent who they are—I mean, you don’t get killed in one movie in order to be resurrected with amnesia two movies later without learning a few things about yourself.

Danger always lurks just over their peaceful horizon due their complicated past as drag-racing, international thieves/soldiers of fortune–turned-government-sanctioned, all-purpose badass whatchamacallit-type thingies. This time, Dom and his crew join together to stop a nefarious plot led by the most skilled assassin and high-performance driver they’ve ever encountered: Dom’s black sheep brother, Jakob (John Cena, Bumblebee, Blockers).

The most intrepid team of eventual GED holders ever assembled once again takes it to the next level. They traverse the globe from London to Tokyo, from Central America to Edinburgh, and from a secret bunker in Azerbaijan to the teeming streets of Tbilisi, and eventually to … No, I’m not going to say it. Even if it wasn’t a spoiler, you’d only think I was joking.

This is Lin’s glorious return to the franchise after being gone for the last two installments, and it’s a triumphant moment of glory. It’s not him coming back with his tail tucked between his legs because Star Trek: Beyond wasn’t the career breakthrough he was hoping to use to move on to better things, so get that out of your head right now. He approaches F9 with gusto, making it the biggest and most absurd entry in the series. When Lin is having fun, it’s hard for the audience not to do so as well, even if the story is dumber than a bag of hammers and the characters are all made out of cardboard.

But considering the flimsiness of it all, F9‘s 145-minute runtime is a bit bloated. The somberly serious flashback sequences are only bearable because Vinnie Bennett (Good Grief, Ghost in Shell) makes for such a convincing young Vin Diesel that I kept waiting for a German sniper to take him out. Finn Cole (Dreamworld), who plays young Jakob, is a far better actor than Cena, though I’m not saying this to take a cheap shot at the WWE star, who works perfectly fine in the role and has grown on me a lot as an actor.

The rest of the cast gives basically the same performances they always do. Although, Diesel is more lively than he was in The F8 of The Furious, and he seems to be a lot more comfortable and having fun again knowing that Dwayne “The Rock” Johnson is gone and he is once again the biggest, baddest, baldest behemoth on set. But what Oscar winners Charlize Theron and Helen Mirren are doing in these films is beyond me.

F9: The Fast Saga is a hard movie to sum up for a review because it’s so big, loud and dumb that it makes Face/Off look like a documentary. If you were to make up an over-the-top set piece for a Saturday Night Live parody of one of these films, you couldn’t get sillier than what they have Ludacris and Tyrese Gibson doing here. In order to top it, the 10th movie will have include either time travel or challenging Satan to a knife fight. But the fact remains that fans are going to eat it up.

Lin’s great accomplishment is the fact that he made The Fast & The Furious into the only major movie franchise in history to actually gain respect by actively making the choice to make the movies a lot stupider and wear said decision as a badge of honor. On a certain level, I even count myself a fan, though it would be nice if by the 10th and final installment, they are able to make me care about even one of these characters or feel invested in the so-called plot for even a glimmer of a moment—but you can’t have everything. The bottom line is that F9 is both fast and—dare I say it?—furious enough to make its target audience happy. And frankly, everyone else always has the option of reading a book. –Patrick Gibbs