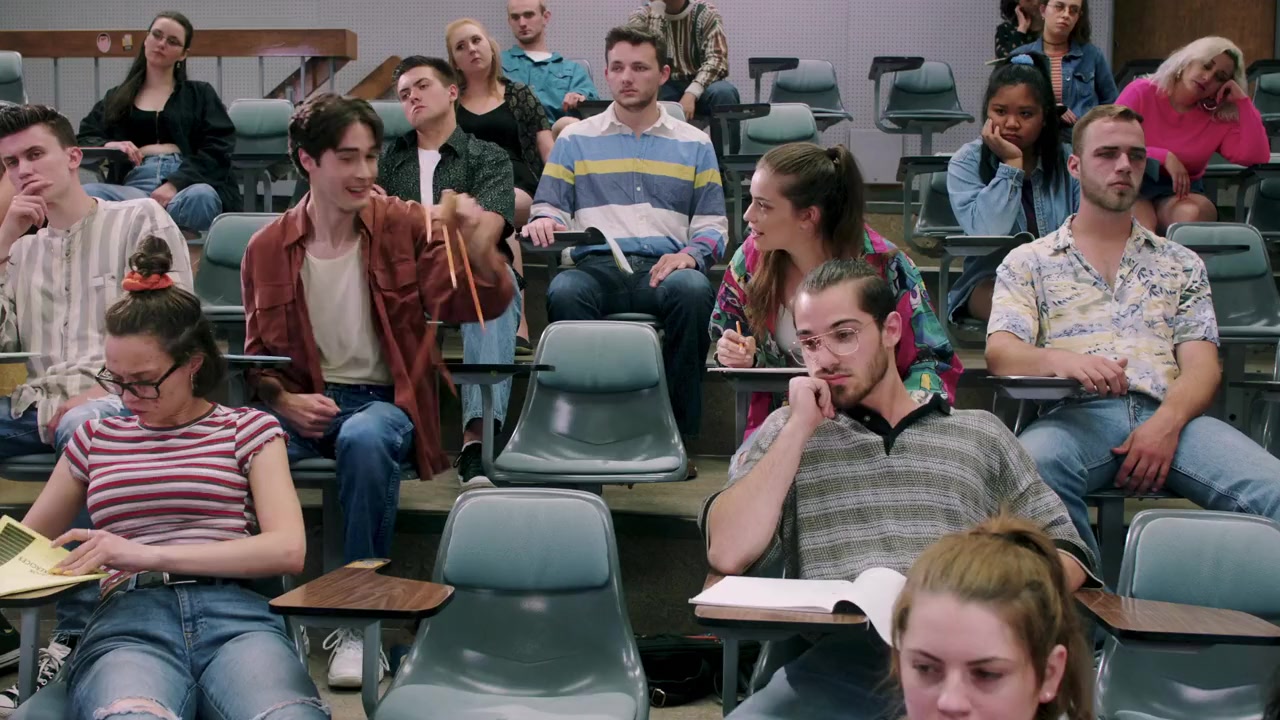 I could spend an entire paragraph of my review of Boys vs. Girls just ripping on how obnoxious the animated opening credits sequence is. Given the fact that it seems to last longer than a number of short films, maybe I should, but I won’t—not when there is so much else to complain about in this mystifying and abyssal cinematic dung heap. The summer camp movies of the ’80s—typified by Meatballs, one of Bill Murray’s breakout roles—were never great and didn’t need to be revisited, but there’s potential for something relatively entertaining, so long as three simple words are kept in mind: Know your audience.

Boys vs. Girls takes place in the summer of 1990 at the beloved but run down Camp Kindlewood, which has always been a girls camp in July and a boys camp in August, but is forced to go co-ed for the first time in its 70-year existence. Roger (Colin Mochrie, Whose Line Is It Anyway?), the camp director, tries to convince both sides that this is a great idea in an effort to keep the camp off the corporate chopping block, but the teenage camp counselors are enraged at having to share because, of course, the last thing that a bunch of hormonal teenagers want to do is spend the summer living among the opposite sex away from parental supervision in a place where there is a swimming pool.

After head counselors Dale (Eric Osborne, Degrassi: Next Class) and Amber (Rachel Dagenais, The Birder) have an awkward encounter at a party, all bets are off. Both Dale and Amber rally their sides in an attempt to win back their camp and gain dominance over what they feel is rightfully theirs. This battle of the sexes sets off a series of pranks and mischief, fueled by camp caretaker Coffee (Kevin McDonald, The Kids in the Hall), as the boys and girls fight for their summer.

The premise of Girls vs. Boys is flawed to say the least, but it’s made so much by a total lack of awareness as to who exactly it’s trying to entertain. Writer-director Mike Stasko tries to alternate between being an innocuous and sweet tween movie and an extremely profane, edgy slob comedy, relying on the swears to do most of the work for him rather than actually trying to be clever. The movie is filled with jaw-dropping moments, such as the sequence when the girl counselors improvise a faux striptease to entertain the kids (I’m not making that up), the running gag that the teens somehow think the word “co-ed” refers to is two girls kissing, the uncomfortable interaction between Roger and the girls, and a near constant preoccupation with menstruation that is literally never funny.

As if all of the weren’t enough, the acting is strictly amateur hour all the way, with Mochire giving exactly the same overly-energized-mug-for-the-camera performance he would if this were an an improv sketch, and the majority of the young stars coming across as if this is their first time trying out this whole “acting thing.” Osbourne, the male lead, has a modicum of charisma that comes through in the rare moments where his character makes some sort of sense, but Dagenais seems to be flailing, and most of that needs to be blamed on the director. The supporting players are broadly drawn stock characters, such as the horny fat kid (Jesse Camacho) and the Wednesday Addams–esque psycho goth girl (Michala Brasseur).

The best I can say for Boys vs. Girls is that it eventually settles into a groove where it becomes slightly less painful to watch—if only, for no other reason, because you realize you’re getting closer to the end—but most viewers won’t make it that far. It’s completely inappropriate for kids and too poorly made to entertain even the most immature of adults. Hopefully, it will just be ignored as the noxious specimen of revolting waste that it is because we all deserve better, and the people who work on this should be genuinely embarrassed and ashamed to have their names attached to this inconceivable mess. –Patrick Gibbs