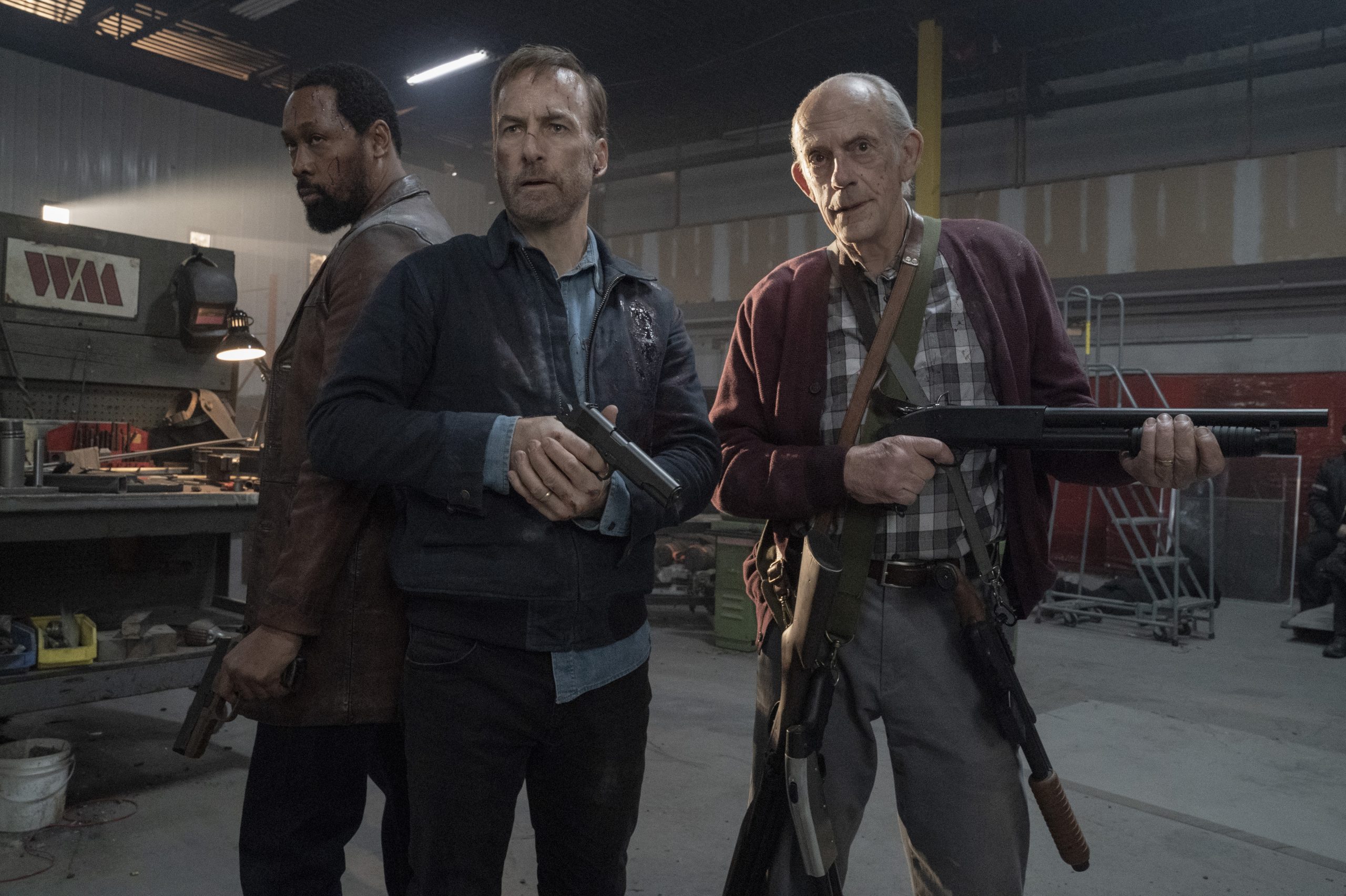 I’ve always had a weakness for action movies. While I really do quite enjoy most superhero films, I often find it frustrating that they’ve taken over the genre to such an extent that what little we get in terms of more traditional action films are mainly confined to the cookie cutter, poorly made, straight-to-video, on-demand Bruce Willis movies of the week. So the arrival of Nobody—the new action thriller from screenwriter Derek Kolstad, creator of the John Wick franchise—was definitely on my radar.

The title of Nobody refers to a man named Hutch (Bob Odenkirk, Better Call Saul, The Post), an average suburban father leading an average suburban life. But when burglars break into his suburban home at night, he declines to defend himself or his family, hoping to prevent serious violence. Hutch’s teenage son, Blake (Gage Munroe, The Shack), is disappointed in him, and his already distant wife, Becca (Connie Nielsen, Gladiator, Wonder Woman), seems to pull only further away. The aftermath of the incident strikes a match to Hutch’s long-simmering rage, triggering dormant instincts and propelling him on a brutal path that will surface dark secrets and lethal skills.

The premise is rather simple, really a mix of John Wick and A History of Violence, but director Ilya Naishuller (Hardcore Henry) deftly handles the nearly relentless barrage of intense and intricately staged fight scenes. Any way you look at it, this is an exceptionally well-made action movie. But even with the teaming up of Naishuller, Kolstad and David Leitch (director of John Wick, Atomic Blonde and Deadpool 2) producing, the reason that Nobody stands out as a memorable and immensely enjoyable movie much comes down to a certain somebody, and his name is Bob Odenkirk.

If the studio had insisted on a bankable, leading-man type for this role, it would just be a pretty generic film made with skill but little sense of inspiration, and would be quickly forgotten. But the crux of the film’s success is in the casting of one of Hollywood’s premier average guys. Odenkirk transitioned from comedy to drama, has never even been a supporting player in an action film before and is known for ability to make being a somewhat dull guy something endearing, yet he makes Nobody into one of the most refreshingly different and gleefully entertaining genre films in years.

Odenkirk is fantastic in the role, playing it straight, giving the character nuance and trusting that the sheer fact that he seems so unlikely as the lead in this kind of movie lends a disarming level of comedy but that he’s also a good enough actor to be surprisingly credible. It’s likely to remembered as one of his signature performances. When you add to that the great cinematic treasure that is Christopher Lloyd as Hutch’s father and RZA in an amusing role as Hutch’s brother, it’s just so utterly goofy, and for that reason, it’s almost impossible not to grin all the way through the mayhem.

Nobody is quite violent, though it’s not particularly graphic. Still, it’s an unapologetically R-Rated and in-your-face movie that’s not meant for everybody, but will really hit the spot for the crowd that needs a wickedly antisocial guilty pleasure with a tongue-in-cheek sense of dark comedy once in a while, and it couldn’t be much more satisfying on that level. It’s the kind of movie that helps you blow off steam after a bad day, and it will likely be embraced as a cult classic, as long and Odenkirk doesn’t ruin it by using it to try to turn into an action star. The “just this once” nature of the film is more than half the charm, and I can’t remember the last time I’ve hoped a movie I liked this much would not get a sequel. –Patrick Gibbs