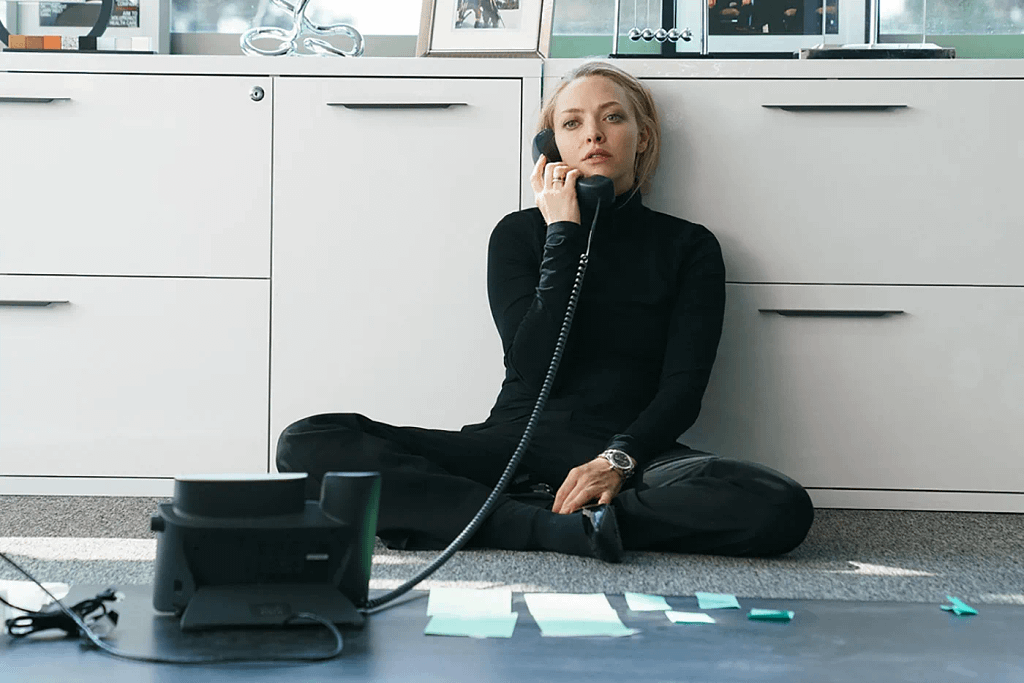 Flashy reenactments of real-life events are everywhere—Here are 10 recent crime docudramas that committed serial criminal cosplay, some better than others. Photo Courtesy of Hulu

Content Shifter: 10 True Crime Docudramas to Stream (or Not)

True crime docudramas, flashy reenactments of real-life events starring overly good-looking actors, are everywhere. True crime is glutting streaming TV … with shows based on podcasts. Much too long, these docudramas run six to eight episodes, hours longer than needed to cover a movie-length story. Here are 10 recent docudramas that committed serial criminal cosplay, some better than others. 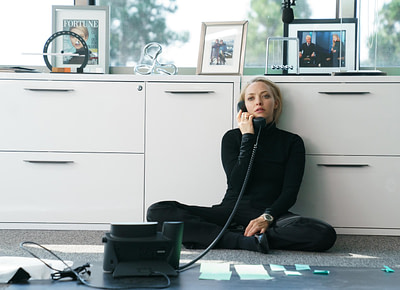 To get how perfectly Amanda Seyfried nails the bizarre voice and mannerisms of Theranos CEO Elizabeth Holmes, watch the HBO documentary The Inventor before diving into The Dropout. The story of how Holmes built a $9 billion company on nothing but smoke and Yoda quotes is so ridiculous that The Dropout plays like a dark comedy. Cameos by comic actors like William H. Macy and others only add to the quasi-sitcom vibe of The Dropout, which is easily one of the best of the true-crime wave. 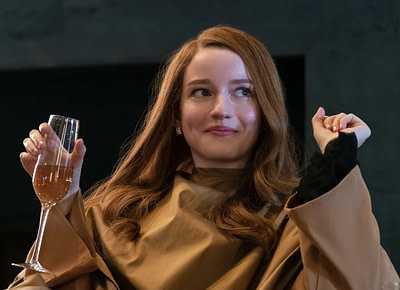 Another oddly-voiced grifter, fake German “heiress” Anna Delvey (played by Ozark’s Julia Garner) scammed NYC elites and banks out of millions to support her (brief) lavish lifestyle. Inventing Anna should feel tenser than it does: Delvey’s compulsive fraud fantasy threatens to collide with reality at every turn, but the series bounces along like an expensive vacation video with a bottomless wardrobe budget. As determined as Garner is, the real MVP of Inventing Anna is Anna Chlumksy as the journalist working to expose her. 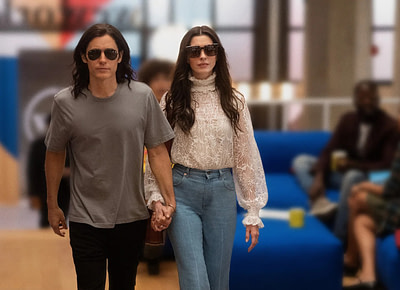 If you’re among those of us who believe Jared Leto’s overacting method should be relegated exclusively to Joker roles, WeCrashed isn’t going to change your mind. WeCrashed, the tale of WeWork founder Adam Neumann’s (Leto) infamously failed office-space startup, is carried entirely by Anne Hathaway as his equally narcissistic wife, Rebekah. WeCrashed captures the walls-closing-in tension missing from Inventing Anna, as well as the real-life consequences skirted by The Dropout … but that Leto problem, though. 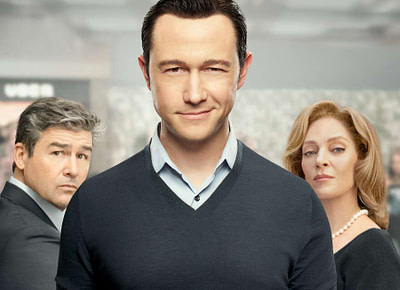 Super Pumped: The Battle for Uber

Maybe Adam Neumann should have been played by Joseph Gordon-Levitt, who coasts through the role of Travis Kalanick, the hyper-douchey rideshare CEO, in Super Pumped: The Battle for Uber. The seven-episode series never fully commits to drama or comedy; not even the stunt casting of Hank Azaria as Apple CEO Tim Cook or Uma Thurman as Ariana Huffington make much of a splash. Still, Super Pumped does feature some boardroom drama to rival Billions, and Kalanick’s white-hot hatred of rival Lyft is hilarious. 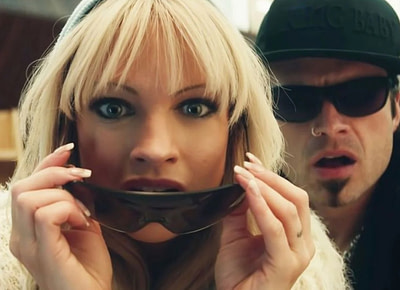 Pamela Anderson and Tommy Lee were exploited without consent or compensation in the ’90s by a disgruntled employee who stole and distributed their private sex tape. Likewise, neither participated in Pam & Tommy, a comic account of the scandal co-produced by Seth Rogen, who also portrays the tape-swiper. So … justice? At least Pam & Tommy rightfully casts Anderson (played by Lily James) as a devastated victim and Lee (Sebastian Stan) as the rich assclown drummer for Mötley Crüe. 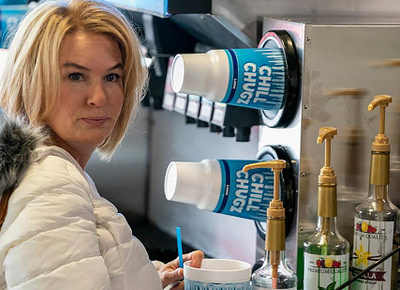 The Thing About Pam

This Pam isn’t quite as sympathetic. In 2011, suburban Missouri housewife Pam Hupp (played by Renée Zellweger) was the last person to see Betsy Faria (Katie Mixon) alive before she was found dead by husband Russ Faria (Glenn Fleshler). Despite the recent transference of Betsy’s $150,000 life insurance policy from Russ to Pam, Russ is convicted and jailed for the murder. This show stretches Dateline segments into five hours to endure frumpy, Slurpee-sucking Pam, despite the best efforts of co-stars Judy Greer, Josh Duhamel and their respective wigs. 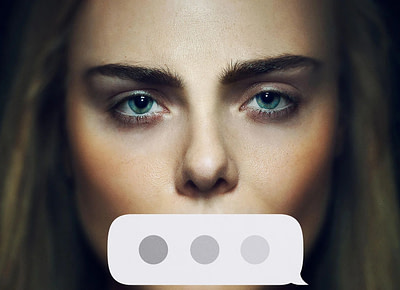 The Girl From Plainville

In 2014, 18-year-old Conrad Roy committed suicide in the parking lot of a Massachusetts Kmart after being coerced over text by his 17-year-old girlfriend, Michelle Carter. Carter served less than a year in jail for involuntary manslaughter, by which time a Dateline episode, an HBO documentary and a Lifetime movie had been produced about the case. The Girl from Plainville adds to the overkill, with Elle Fanning as Carter, Colton Ryan as Roy and Chloë Sevigny as Roy’s mother. This series doesn’t let Carter off the hook, but also doesn’t paint her as a total monster. 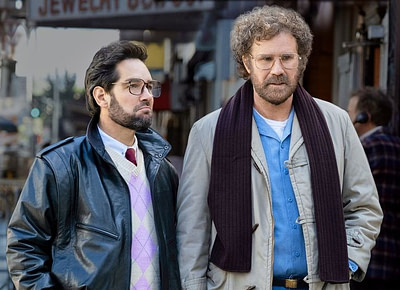 The Shrink Next Door

The Shrink Next Door is “inspired by true events,” which is nearly as scary as having Chloë Sevigny as your mom. Psychiatrist Dr. Ike (Paul Rudd) slowly insinuates himself into the life of his longtime patient Marty (Will Ferrell). Besides Rudd and Ferrell’s wildly normcore grooming and eyewear choices, this dark, bizarre comedy also stars Casey Wilson (Black Monday) and Kathryn Hahn (WandaVision) as their respective spouse and sister, and is partially directed by Michael Showalter, who also had a hand in The Dropout and The Eyes of Tammy Faye. 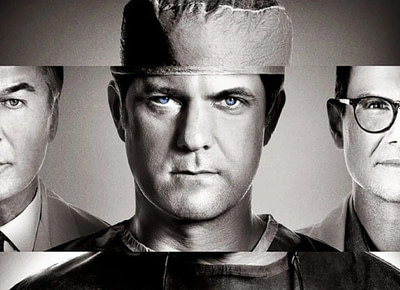 Like The Dropout, WeCrashed, The Thing About Pam and The Shrink Next Door, Dr. Death is based on a true-crime podcast. Dr. Death tells the terrifying true story of Dr. Christopher Duntsch (played by Joshua Jackson), a Texas neurosurgeon who purposefully maimed and killed nearly 40 patients between 2011 and 2013. How did he get away with it for so long? Because he was a handsome, narcissistic psychopath with a medical degree—if he hadn’t been stopped, Duntsch probably would have replaced Dr. Oz on daytime TV. 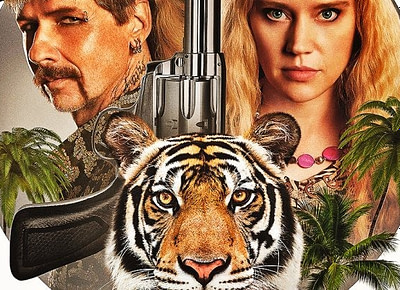 If you thought Tiger King and its various sequels were a clusterfuck, wait till you see the dramatized Joe vs. Carole. Big cat enthusiasts/mortal enemies Joe Exotic (played by John Cameron Mitchell) and Carole Baskin (Kate McKinnon) trade insults and lawsuits in what was maybe(?) intended to be a serious Lifetime-level drama but ends up as exaggerated performance-art camp. Sure, the CGI tigers are mildly impressive, as is the endless parade of mullets and wavering Southern accents, but Joe vs. Carole should be buried with all things Tiger King.