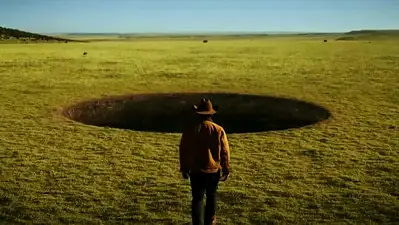 It’s not easy being the nation’s foremost TV reviewer. I watch and recommend hundreds of shows here and for my corporate gig (lest you thought Content Shifter pays the bills … or even for beer), and all I hear is, “There’s nothing to watch!” (there is) and “Why didn’t anyone tell me about this show?” (I did). Yet, I persevere. Please clap.

Here are nine new series that premiered over the past four months that you might have missed. Feel free to post ’em on your social feed as your own discoveries—I still get paid the same. 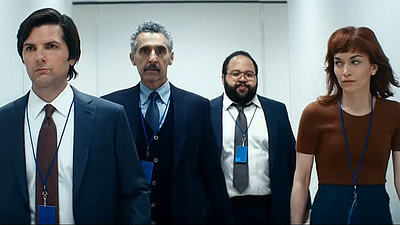 Workers at a mysterious (and crushingly drab) office sign up for a “Severance” program wherein their memory of the outside world is wiped at the door and their work self is erased when they clock out—the work/life balance taken to the extreme. Severance is terrifyingly tense sci-fi that’s both bizarre and plausible (Amazon warehouses would probably jump on this tech in a second), serving up puzzle after puzzle for increasingly suspicious Mark (Adam Scott) and his coworkers. If you already have anxiety about going back to the office, skip Severance. 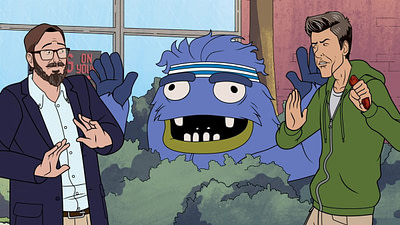 Like a middle-aged Encyclopedia Brown, former boy detective John Hunchman (voiced by John Hodgeman) continues to solve mysteries in his hometown of Richardsville (a.k.a. Dicktown). Even sadder, he only works for teenagers and his sidekick is his old school bully, David Purefoy (David Rees). Dicktown is a way adult cartoon loaded with profanity and seedy situations that outdoes the similar Mike Tyson Mysteries with dense plotting and sheer gonzo spirit. Mike would never take on a case of deducing why a strawberry field is littered with used condoms. 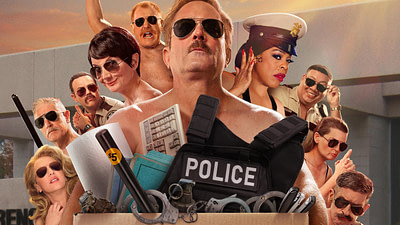 Cop comedy Reno 911! originally ran for six seasons on Comedy Central between 2003 and 2009 and was revived for a seventh by now-dead streamer Quibi in 2020. The Roku Channel now owns all Quibi content and smartly sprung for an eighth season, Reno 911! Defunded. Against all odds for such a long-running comedy series, Defunded is fresh, fast, and funny AF—it might even be the series’ best season ever (it’s at least tighter than last year’s Hunt for Qanon movie). Bonus: Guest star “Weird Al” Yankovic’s portrayal of Ted Nugent is psycho perfection. 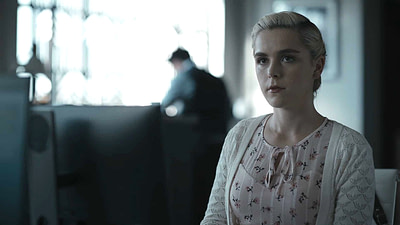 Swimming With Sharks
(The Roku Channel) 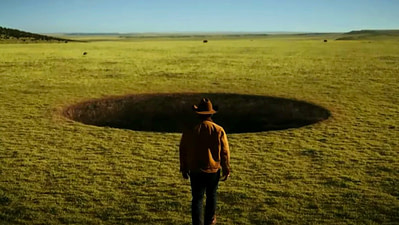 Wyoming rancher Royal Abbott (Josh Brolin) has problems with family drama, the looming seizure of his land, an oddball hippie (Imogen Poots) camping on his property and now a mysterious black void on his west acre. Is it a product of aliens, demons or—worst of all—the government? Outer Range plays like a mashup of Yellowstone, Twin Peaks and The X-Files, with Brolin turning in a performance that’s as understated as Poots’ is wily and mercurial. The rural dream state of Outer Range feels like a single season show, but it’s a compelling one. 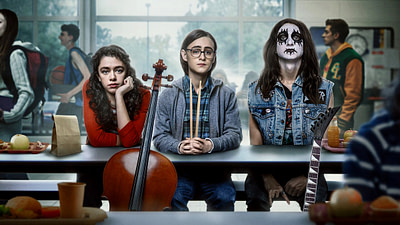 Metal Lords is a movie, not a series—but what’s the difference between films and TV shows these days, anyway? (Movie critics hate it when you say that, ha!) Written by Game of Thrones’ D.B. Weiss with music supervision by Tom Morello, Metal Lords follows high-school guitar shredder Hunter’s (Adrian Greensmith) quest to form a metal trio and win the school’s battle of the bands. He recruits nerd Kevin (Jaeden Schlieb) on drums, who recruits—and falls for—cellist Emily (Isis Hainsworth). Metal Lords is a headbanging teen romcom with a hilarious climax. 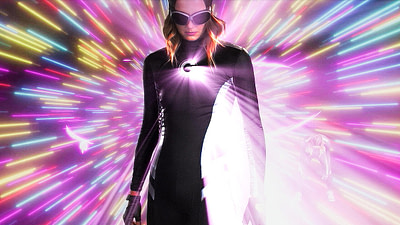 Like Justice League on super-psychedelics, Guardians of Justice is a mixed-media explosion of animation styles, DC Comics tropes and propaganda breakdowns that has to be seen to be believed. Alien superhero Marvelous Man defeats Robo-Hitler and ends World War 3, resulting in 40 years of global peace until the “immortal” hero mysteriously dies. Now, it’s up to grizzled Knight Hawk (Diamond Dallas Page) and idealistic heroine The Speed (Sharni Vinson) to stop World War 4 … but does Knight Hawk have his own nefarious agenda? Of course, he does. 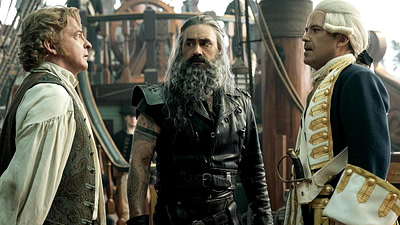 Stede Bonnet (Rhys Darby) leaves behind a pampered life of wealth to become a “gentleman pirate,” sailing the ocean with his newly purchased ship Revenge and its motley crew. Stede soon learns how ruthless the bad seas of the 18th century are thanks to unpleasant run-ins with real pirate Blackbeard (Taika Waititi) and the British Royal Navy. Our Flag Means Death shares a silly comedic vibe with What We Do in the Shadows and adds an underlying gay element that’s sweetly romantic (Darby and Waititi are the cutest pirate couple ever). 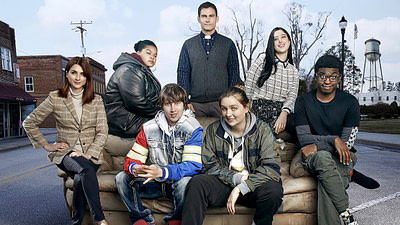 A documentary film crew chronicles life in small-town Flatch, Ohio, a town full of eccentric characters that almost rivals Parks & Recreation. Among the townsfolk are former couple Cheryl (Aya Cash) and Joe (Seann William Scott), a journalist and a pastor who broke up right after relocating from Minnesota. The real stars of Welcome to Flatch, though, are hooligan teens Kelly (Chelsea Holmes) and Shrub (Sam Straley), delinquent cousins who the documentary crew spends more time with than seems logical. Welcome to Flatch is dumb, but it’s a smart dumb.