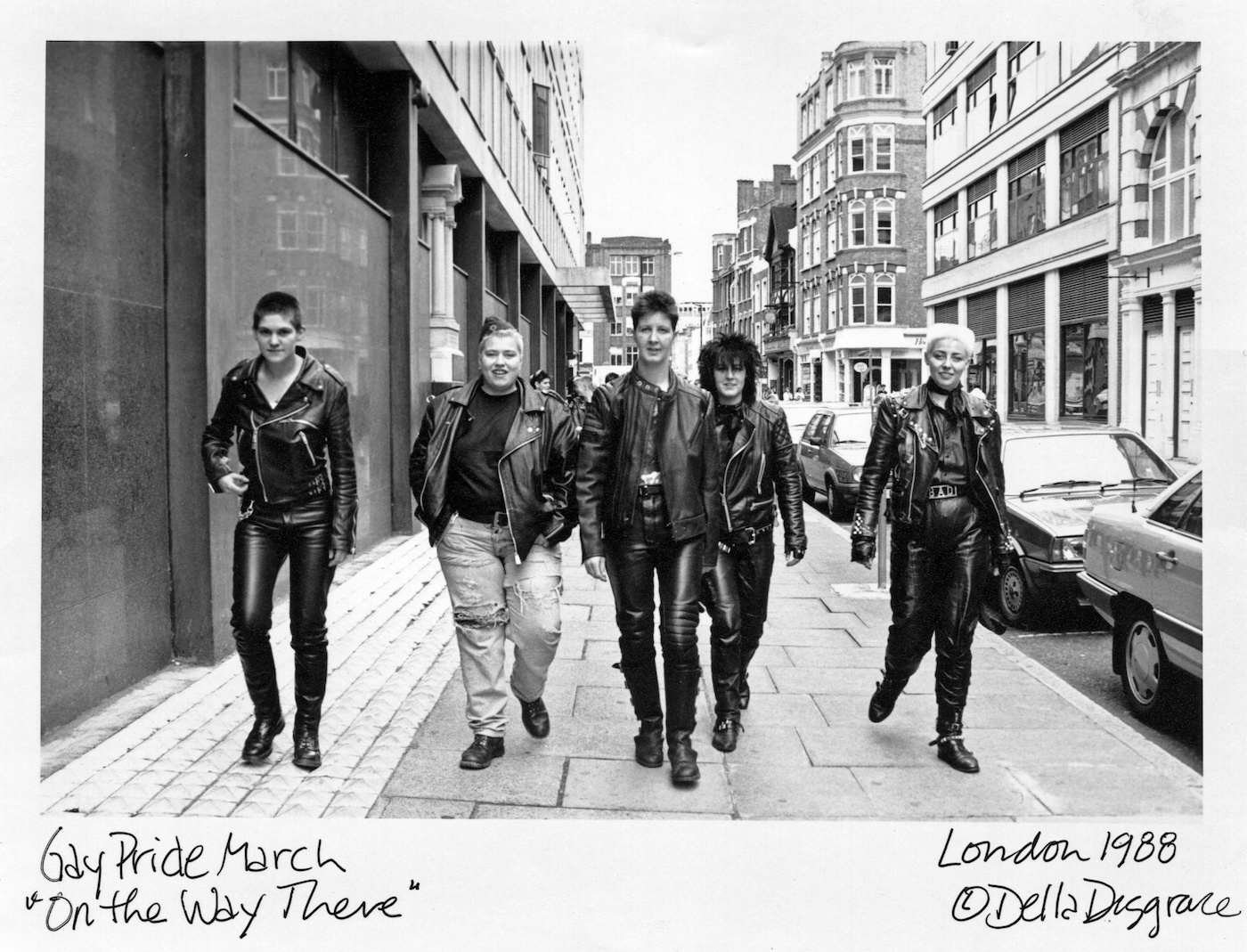 In the underground of undergrounds, Rebel Dykes follows a breakaway squad of young lesbians as they champion sexual freedom from the iron grip of a Thatcher-gagged London. After abandoning the limited scope of ’70s peace-camp feminism, these punks gathered in communes of their own, squatting amongst the abandoned shells of urban sprawl and forming a tight-knit community that finally granted them the space to explore their artistic visions and carnal fantasies.

Told through current-day interviews and an eclectic assembly of historical footage, directors Harri Shanahan and Siân A. Williams weave an intimate account of these rebel’s journeys of self-exploration and political activism. The film explores its subject with a level of precision uncommon in most modern documentaries as the directors, being members of the scene themselves, address each event in the film as if it were a favored memory. Exploring the BDSM nightclubs the rebels hosted is a clear standout both for them and for the viewer, as a palpable excitement emanates from the stories of exotic fetishism present in the cabaret nights or the mud wrestling debauchery.

More than just an exploration of the good old days, Rebel Dykes is at its best when diving into the many conflicts that arrose as result of these punk’s sexual explorations as well as their political action, such as invading the BBC newsroom to advocate for LGTBQ+ rights. The film discusses the passionate debates held around how a queer woman should behave and how our titular leather dykes sought to distrupt any attempt to create more confining boxes. Its explorations of gender roles and power dynamics in lesbian partnerships spark some fascinating conversations which have been largely underexplored in modern media.

At its weakest points however, Rebel Dykes often follows tangents too long as a result of the emotional attachments to events from both directors and interviewees. More time could be spent exploring transitions away from the scene and into the modern day instead of the awkward detour about an LCD-laced sexual encounter with a Christmas turkey. Unable to fully carry over the tenets of counter culture across the decades, the documentary nearly squanders the stories of these punks by constraining them to the tired formula employed by every historical documentary you’ve seen in the last 10 years: Windows Movie Maker-esque transitions, Ken Burn’s tired-and-true photo zooms and the where-are-they-now-during-the-credits schtick. In addition, the documentary invests a lot of screen time to clunky animated sequences which feel cheesy and out of place next to such captivating historical footage.

Regardless of its flaws, Rebel Dykes stands as an invaluable cultural log of queer women’s history, and memorialising these movements while their participants are still with us is a key functionality of documentary. Whether gay, punk, interested or all of the above, do your school work and study up on these radical queers. –Aidan Croft