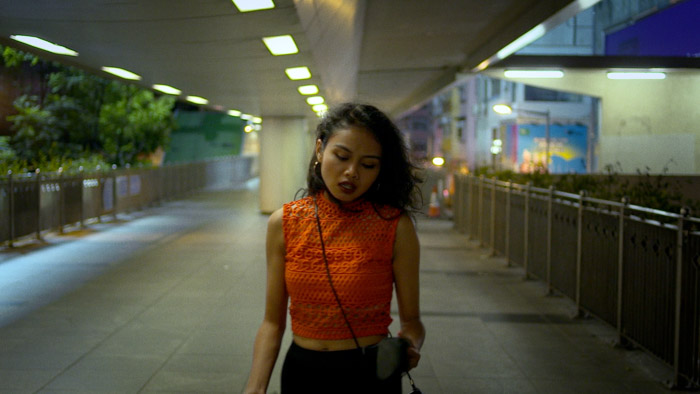 As advancements in technology are continuing to afford creatives more access to filmmaking tools, the range of stories from all social classes across the world—particularly from those with minority status—are progressively finding their way to the light. Using the tools available to the best of their advantage, these new artisans of the digital frontier are creating a totally new and revolutionary cinematic language that’s microscopic and hypervigilant, expansive and inclusive, insurgent and anti-capitalist, pixelated and glitchy. Dea is a picturesque microcosm of this new wave, exemplifying each of these defining tenets.

At the end of a nine-month acting workshop in Hong Kong, a group of Indonesian women, who are migrant domestic workers and survivors of domestic violence, assembled a script that would become the film. With such a vast well of experience to draw from, this debut feature from Alberto Gerosa is an intimate look into the arduous lives of these women. We follow the titular character as she leaves rural Indonesia and joins a domestic worker agency in Hong Kong so that she can provide for her family.

With a plot that is no challenge to follow, Dea shines in its specificity, giving its audience access to worlds that most are unfamiliar with. One of the more intriguing of these insights is in the domestic worker agency itself and the ways in which these women are trained for their work. It feels uncomfortable—if not slightly dystopian—to see the ways the agency prepares these women with its call-and-response lessons, group dances and training exercises. It’s like watching an alien computer’s idea of what an education might be. The film’s vigilance also offers a window into the day-to-day work of Dea and the continual abuse she receives from the family she works for.

If these were the only elements present in the film, it would be more than enough for an intriguing feature. But what really captivates are the choices Dea makes and the slow reveal of her character throughout the film’s narrative. These choices complete the film and elevate it to a place outside of what would otherwise feel like just a documentary. Dea becomes a living human being as we see her desires, dreams and rebellions. With a fantastic performance from Dea Panendra (Marlina the Murderer in Four Acts) it is difficult not to care deeply for this character as she enters into such a formidable environment.

Shot on what I can only assume is either a cellphone or a DSLR (or both), Dea often radiates with an unrealistic HD texture that you’ll be extremely familiar with if you watch a lot of YouTube. Presenting this look in a cinematic form heightens this online video aesthetic and delivers, especially to younger viewers, a familiar and grounded mis-en-scène.

With all its striking qualities, the runtime is Dea’s most disappointing quality. A short feature of just over an hour, the film isn’t lacking in content but it does leave me hungry for more of this story. The result is that this almost feels like watching a short film with a lot of promise, and I really want to see the fully realized version. But having their audience eager for more is definitely not a bad place to leave things until hopefully another feature releases from either Alberto Gerosa or this inspiring group of women. –Aidan Croft