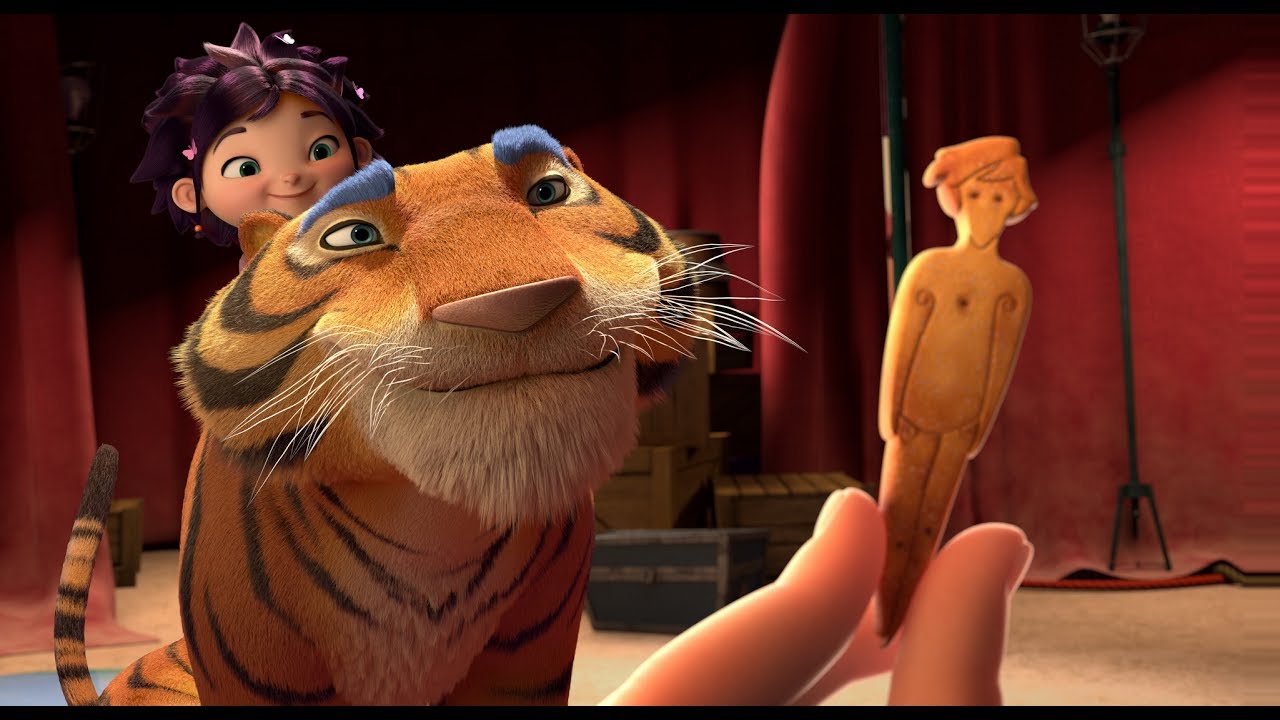 When a movie sits on the shelf for a couple of years before being released straight to streaming, there's a natural tendency to see this as a red flag. When Regency Studios ran into financial issues with Animal Crackers in 2017, the film sat in limbo until it was finally given new life by Netflix. But was it saved by grace alone, or did it earn its resurrection? Well, you might be pleasantly surprised by the answer.

The story begins with The Huntington Brothers, Bob and Horatio (voices of James Arnold Taylor and Ian McKellan), who run a traveling circus together, despite having very different personalities and ambitions. But when a beautiful young woman named Talia (Tara Strong) catches the attention of both brothers, Horatio issues an ultimatum to Bob to choose between Talia and their partnership. Bob decides to marry Talia, and on the day of their wedding, her aunt gives the couple a mysterious box as a gift. This present allows for them to open a new circus—Buffalo Bob's Rootin' Tootin' Animal Circus, known for their magical animals that perform defying stunts.

Years later, Bob's young nephew Owen falls for a girl named Zoe during a performance at the circus. When they grow up, Owen (John Krasinski) proposes to Zoe (Emily Blunt) and takes a job as a taste tester at her father’s dog biscuit factory. When an unexpected fire under the big top nearly destroys the circus, killing both Bob and Talia, Bob leaves the circus to Owen instead of Horatio, much to the old man’s incredulity. But while Owen initially balks at the idea of running things, everything changes when he learns the secret to Uncle Bob’s spectacular success: a magical box of animal crackers that causes you to turn into whatever animal you eat.

The animation quality here is not Pixar level, but it’s good enough, with its own style and sensibilities and lots of colorful imagery. The voice cast, which also includes Danny DeVito, Patrick Warburton, Gilbert Gottfried and Sylvester Stallone, is delightful, with Krasinksi and Mckellan standing in the center ring the whole time (though Mckellan's two irrelevant and awkward musical numbers fall to the ground with no safety net). Still, Animal Crackers' goofy premise allows for some very fun moments that are a blast for kids. My four-and-a-half-year-old nephew thoroughly enjoyed this movie, found the animal transformations to be hilarious, and it kept his attention most of the time. This is definitely one to watch with the kids.

Animal Crackers is not up there with Klaus or The Little Prince in terms of the very best animated films that Netflix has released, but I'd stack those two up with Disney's best of the decade. This one is closer to lower-tier DreamWorks, but better than Minions or even Pixar's The Good Dinosaur. It's entertaining and heartwarming, and I'm pretty sure I'll watch it again with my little nephews ... or just maybe even without them. –Patrick Gibbs