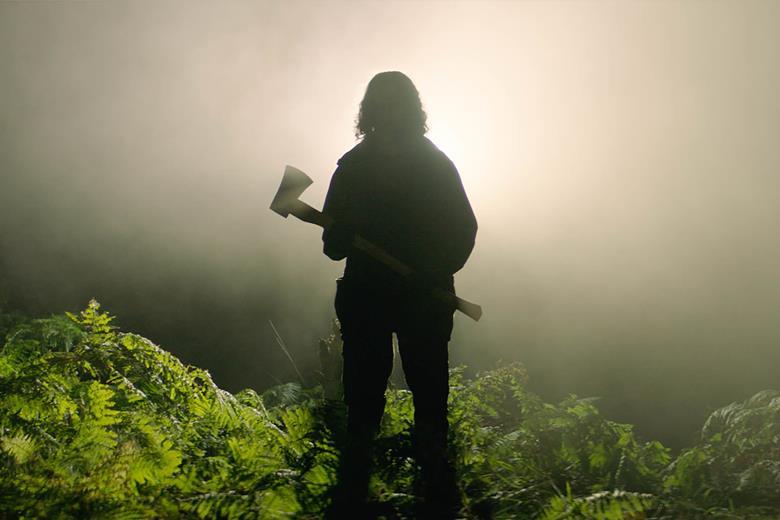 Film Review: In The Earth

In The Earth
Director: Ben Wheatley

It’s difficult to know where to begin in a review of a film like In The Earth because the words “I want an apology” would pretty well cover everything, but it wouldn’t be much of an article. I actually had a reserved virtual seat for this film at Sundance in January and had multiple chances to watch it, in theory, but every time I got close, I thought of director Ben Wheatley’s last film, the Netflix remake of Alfred Hitchcock’s Rebecca, and decided that there were other films playing at the Festival that I wanted to take advantage of seeing while I could do so. In fairness to Wheatley, no one considered Rebecca to be a good match to him or indicative of him and as a filmmaker, and I tried to put it aside when finally viewing his new film.

In The Earth takes place after a pandemic has severely altered the world as we know it, playing off of COVID-19 in a way that is opportunistic but not at all interesting. Martin Lowery (Joel Fry, Game of Thrones, Love Wedding Repeat), a microorganism specialist, arrives at a research facility near the Arboreal Forest, looking for a researcher, Dr. Olvia Wendle (Hayley Squires, Call the Midwife, Southcliffe) who was last known to be conducting experiments nearby. A woman named Alma (Ellora Torchia, Midsommar, Crisis) is assigned to guide Martin through the woods, and the two set off in search off in search of the film’s plot—which, sadly, they never find, though they do find a loner named Zach (Reece Shearsmith, The League of Gentlemen), who seems to be a few PEZ shy of a full a full dispenser, if you get my drift.

That’s about as much of the setup as I can share, partially to avoid spoilers and also because, frankly, it took some effort to piece that much together after the mind-numbing delirium, boredom and resentment that overtook me during the 1-hour, 40-minute runtime life and had me sobbing uncontrollably and appreciating Wheatley version of Rebecca on a whole new level. Wheatley (Sightseers, Kill List, Free Fire), whose work appeals to a specific taste, and I realize that I’m not in that target audience. But this is the kind of pseudo-psychological horror film that desperately wants to convince you that no, it wasn’t a waste of time with an incoherent story and nothing to say; you just “didn’t get it.” I have virtually no tolerance for this type of pretentiousness.

The acting is pretty strong, especially from Torchia and Sheersmith, who both have a lot of presence, but as a character, Zach isn’t particularly interesting. He doesn’t come across as smart enough to be psychologically scary or commanding; he’s just a buffon with an ax. Fry is believable but rather dull, and Squires’ creepy routine just felt like something that we’ve seen a thousand times before. The cinematography by Nick Gilliespie (Summerland) is great, and this is almost a strong an argument for why he should work steadily shooting films, as the movie he just directed, Paul Dood’s Deadly Lunch Break, left me desperate to seem him kept as busy a possible for the rest of his life as a cinematographer to the point where he never has time to do anything else.

If you are into psychedelic, weird-for-weird’s-sake horror, well, In The Earth may still be too thin for you, but you’ll probably like it better than I did. It’s a movie made for a certain audience, and I can respect that to an extent, but I still say that this emperor not only has no clothes, but tries to cover that up by pretending to be timely. It has plenty of atmosphere—I’ll give it that—but nothing else, particularly not another minute of my time. –Patrick Gibbs