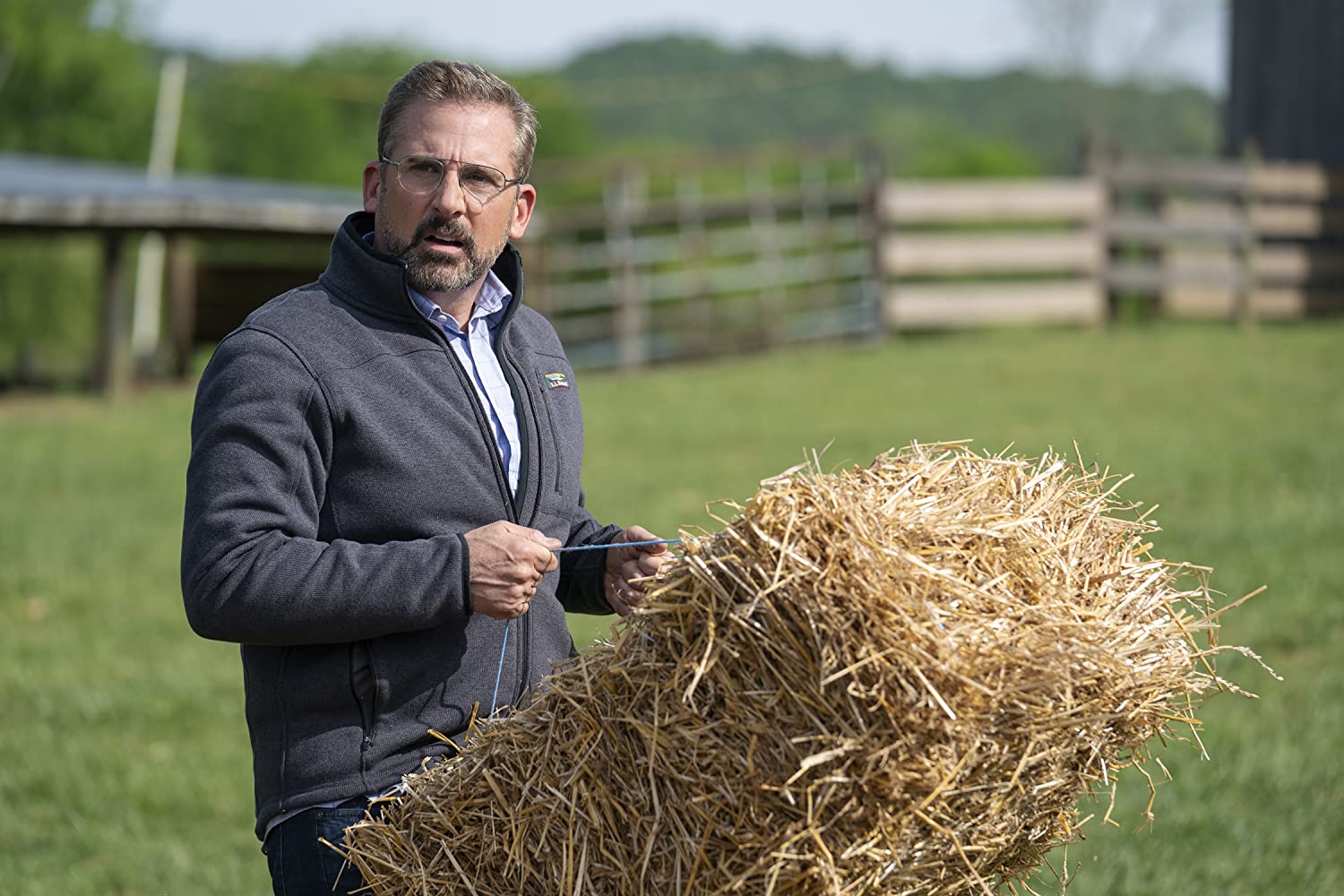 Photo courtesy of Plan B Entertainment and Busboy Productions

Plan B Entertainment and Busboy Productions
Streaming on Video on Demand: 06.26

The big gamble that Focus Features is taking on Irresistible, the new dramedy from former Daily Show host Jon Stewart, is on whether anyone who is stuck at home right now will really be in the mood to spend $19.99 to rent a fictional movie about American politics. I’m a political junkie, and even I had some uncertainty about whether I wouldn’t rather be watching something that was a little more escapist in nature.

Irresistible begins when Gary Zimmer (Steve Carell), the DNC’s top strategist, sees a video of retired Marine Colonel and Deerlaken, Wisconsin, resident, Jack Hastings (Chris Cooper) take a stand at a town meeting by speaking up in defense of the undocumented workers who live in the community.

Paying an unscheduled visit to Hastings’ dairy farm, Gary persuades the largely apolitical Colonel to run for mayor. Initially, Gary relies on Jack’s very capable daughter, Diana (Mackenzie Davis) and a team of volunteers. But when the GOP counters him by sending in his 2016 campaign rival, Faith (Rose Byrne), this local race quickly becomes a fight for the future of America.

Irresistible has Stewart written all over it, showcasing both his biting wit and his bleeding heart. Its tone is somewhere in between Mr. Smith Goes To Washington and Wag The Dog, and it manages to skewer both sides of the aisle without feeling watered down or mean spirited, which is a pretty impressive feat. Some of the funniest moments come from the competing campaign ads put together by Gary and Faith. They might seem too broad if it wasn’t for the fact that they’re still subtle compared to some of the real ones out there right now.

Carrell is great as Gary, leaving any traces of Michael Scott behind and reminding us that he can be a lot more low key and real and still be funny. Cooper continues his hot streak after shining so brightly last year in both A Beautiful Day in the Neighborhood and Little Women, and Byrne really gets to show off her versatility. But it’s hard to deny that Mackenzie Davis steals this movie. I’m an unabashed fan, I will admit (I even own a copy of Terminator: Dark Fate), but her character is really the glue that holds this movie together, and no one else would have felt right in the role.

Stewart has picked a good, strong candidate here, and it’s a surprisingly light and pleasant film that has a very strong point to make. It mostly avoids getting too ham-fisted with its presentation, though I did feel that Stewart gave in just a little bit to a sense of smugness and self-indulgence during the ending credits. Still, Irresistible is a highly enjoyable movie that offers some good surprises, plenty of laughs and a lot of heart. –Patrick Gibbs