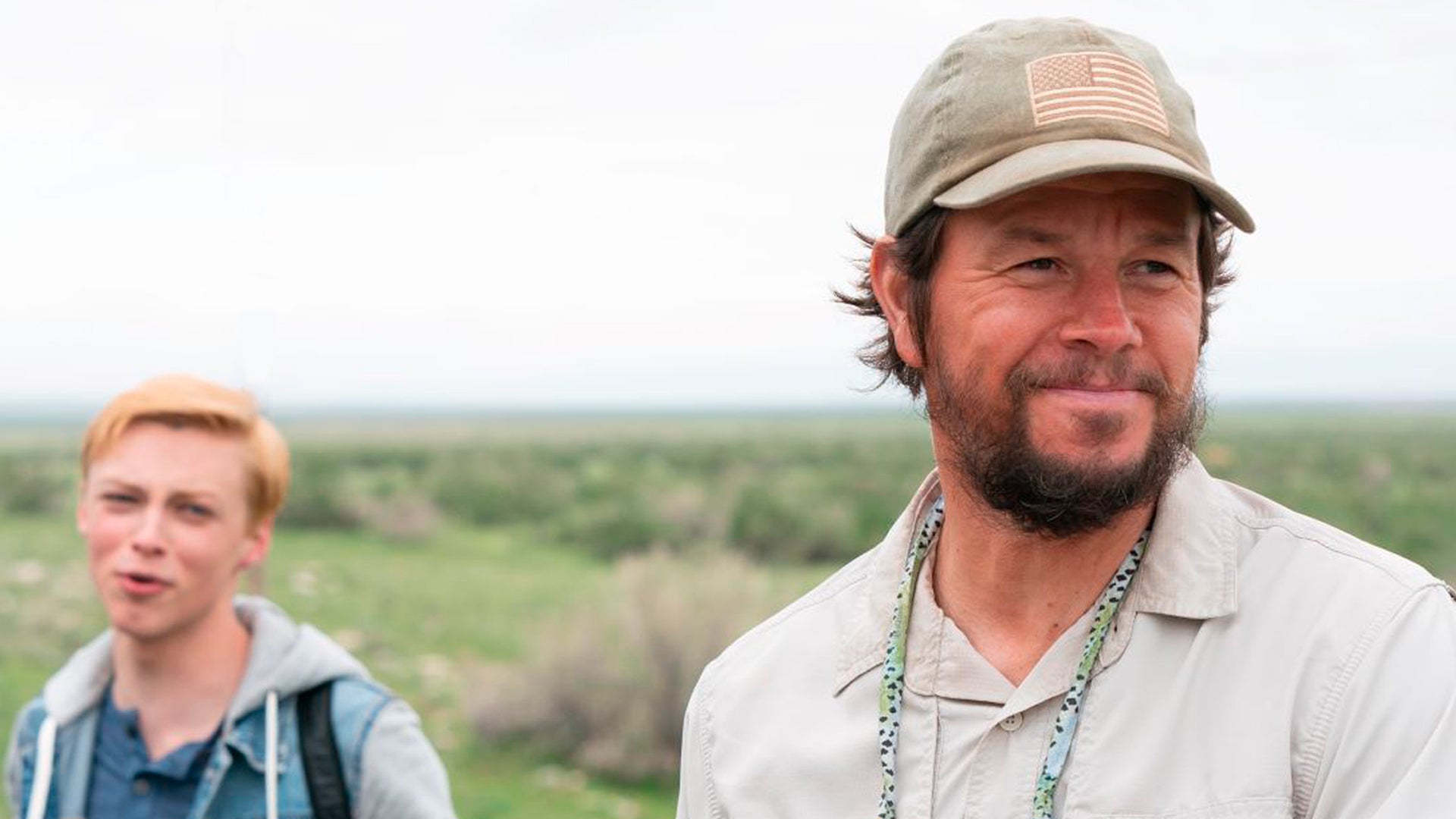 In 2005, the late Larry McMurtry and his wife and co-writer, Diana Ossana won an Oscar for the groundbreaking screenplay for Brokeback Mountain, which set out to shatter narrow notions of what it means to be a man, and to explore what it’s like to be gay in rural America. 16 years later, the duo tries to return to some of those same themes with Joe Bell, a well-intentioned, fact-based film that has its strengths but just doesn’t live up to the sum of its parts.

Mark Wahlberg (The Departed, Infinite), is Joe Bell from Le Grande, Oregon, who is walking across the country to raise awareness of the negative effects of bullying, speaking at school assemblies or to anyone else who will listen. He is doing so in tribute to his teenage son, Jadin (Reid Miller, You, Schriver), who walks alongside him. Jadin is gay and out of the closet, with a flamboyant and endearing personality that is hard not to love.

Jadin’s also dead, having hung himself when the bullying at school got to be too much. That’s not a spoiler—the fact is not exactly hidden in the advertising or any brief synopsis you’ll read of the film. Even director Reinaldo Marcus Green (Monsters and Men, the upcoming King Richard) knows that it’s no surprise, though he seems to be taking a pretty uncertain approach by wanting to play it as a twist while knowing he can’t, and that’s exactly where this movie suffers: It’s goals are often too lofty and too simple at the same time, waffling on what it wants to be. Like its protagonist, the movie is more focused on keeping moving than on where it is going.

After a tepid reception at the Toronto International Film Festival in September 2020, where it played under the title Good Joe Bell, Solstice Studios obsessed over what they could do to repackage it and decided on a title change. Rather than going with Just Okay But Still Desperate For An Oscar Joe Bell, which was more accurate but too unwieldy, they went with just Joe Bell. And for better or worse, that’s what the film is: it’s just Joe, and just his story; that of an angry, closed-off and flawed man who loved his son but couldn’t tell him that he accepted him devoting his life to a “healing walk” that is supposed to be about Jadin but is too often about Joe and his demons.

The movie is compelling in the sequences of Joe and Jadin walking together or when we see glimpses of what Jadin was experiencing at school. Miller gives one of the most touching and fearless performances we’re likely to see this year, and Wahlberg, who has always had presence to spare but remains a fairly limited actor, is  good as long as he’s playing off of Miller. Gary Sinise is nice to see in a small role as a policeman, though he is given by far the film’s corniest line.

McMurtry and Ossana’s script tries very hard, but it’s not their best work, mainly because it struggles to find a clear perspective. Overall, I found myself coming out of Joe Bell with a lot of mixed feelings. I get that Joe’s story is more marketable than Jadin’s, but the movie does exactly what Joe derides himself for doing—letting the far-less-interesting father steal his son’s spotlight far too often. When it focuses on Jadin through Joe’s eyes, it paints with broad, stereotypical strokes; when it tries to tell Jadin’s own story through flashbacks, it feels coldly detached. The film prioritizes observing the action over taking us inside it, which was likely a deliberate choice based on the narrative structure and the sad fact that in all likelihood, no one knew the real Jadin well enough to do him justice. Meanwhile, Joe is a character who is still trying to work through what he thinks and feels, and the attempt to appeal to the sympathetic but not entirely accepting mindset is problematic.

Joe Bell isn’t great, and it’s very much a gay movie from a straight point of view. It’s a movie with its heart in the right place, and it sincerely hopes to do some good in the world, even if it’s not as boldly progressive as we’d like it to be. This isn’t a movie for “woke” people—it’s a cup of hot coffee for those who are groggily lying in bed with a vague feeling that they should get up at some point but feel unmotivated to do so.  I can’t bring myself to be as dismissive as the harshest detractors, because it’s not a truly bad film, just one a very conventional one that comes up short. I think that Joe Bell has some real strengths and it’s a stepping-stone movie that might do some good for those who aren’t ready for something bolder, but it is a prime example of the difference between a film that deserves awards and one that just desperately wants them. –Patrick Gibbs