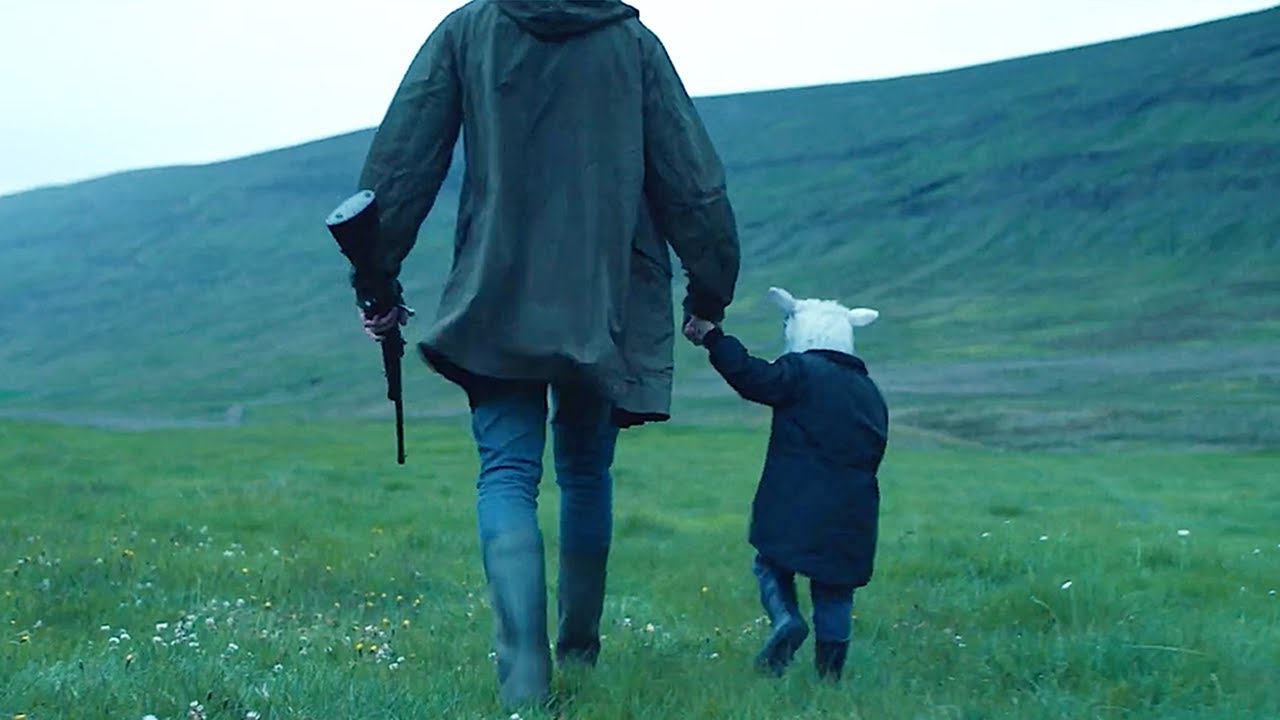 Photo curtesy of Go to Sheep and Boom Films.

Go to Sheep and Boom Films
In Theaters 10.08

Whenever I see a film at a screening, I’m asked by a studio representative to give my initial thoughts. Sometimes it’s easy, and sometimes it’s much more difficult. Lamb is definitely a film that falls into the latter category, and it took some time for me to process what I’d just seen.

Lamb is the story of an Icelandic farming couple, Maria (Noomi Rapace, The Girl with the Dragon Tattoo, Prometheus) and Ingvar (Hilmir Snær Guðnason, A White, White Day), who have suffered a great loss but try to keep going with their lives. When they discover an extraordinary creature who defies everything they have ever known, they make a fateful decision to raise it as their child, naming it Ada. It’s not long before Ada becomes a beloved member of the family, but when Ingvar’s brother, Pétur (Björn Hlynur Haraldsson, Eurovision Song Contest: The Story of Fire Saga) shows up for a visit, he is alarmed by the unnatural situation, and questions are raised about the choices that this couple has made.

Director Valdimar Jóhannsson and cinematographer Eli Arenson have created a visually striking film that has a quiet, peaceful but vaguely unsettling beauty to it. An Icelandic-language film with English subtitles, Lamb is an often confusing combination of surrealism and straightforward storytelling, leading most viewers to ask themselves, “What the hell am I watching?” more than once. It is a movie that takes patience, an open mind and then some, but often it’s a bewitching fable about the dangers of messing with the natural order of things—a chilling metaphor about humankind’s arrogant belief in their superiority and dominion over animals and nature.

Rapace gives a terrific performance as the impossible-to-read Maria, a woman with a lot of love to give but also a grim determination to have it all costs. Guðnason as Ingvar—who bears such an astonishing resemblance to the late John Ritter that I frankly spent entirely too much of Lamb thinking about it—is both charming and as oddly unsettling as his devout wife. Haraldsson is an intriguing presence as the visiting relative determined not to let the happy couple pull the wool over his eyes (rimshot), and Lamb is often most interesting when it’s focused on the things that these three characters are not saying to each other.

I’m hardly trying to make a case for Lamb as a perfect film. To be honest, I left the theater having largely written it off as a gimmicky failure. But the next day, I found that everywhere my thoughts went, Lamb was sure to go, and I couldn’t stop thinking about it. Yes, It takes an inordinately long time getting going—to a point where, by the time the thrust of the plot is revealed, some members of the audience may have let their minds wander and others may have even left to buy concessions or to see if they can change auditoriums and see a different movie. The ending is also too abrupt. But there’s just something so strangely mesmerizing about it, and while its message may be severely lacking in subtlety, if you give it some time to sink in, it packs quite a bit of force behind its punch. The odd juxtaposition of disturbing and goofy-as-hell makes for a singular moviegoing experience.

Lamb is a film that is certainly not for all tastes. I’m sort of on the fence about it (rimshot) myself, but it earns a lot of points for being a unique and deeply atmospheric film that stands out as unlike anything that’s hit theaters all year. And even when it wasn’t quite working for me, I found myself admiring the sheer gutsiness of it all. –Patrick Gibbs