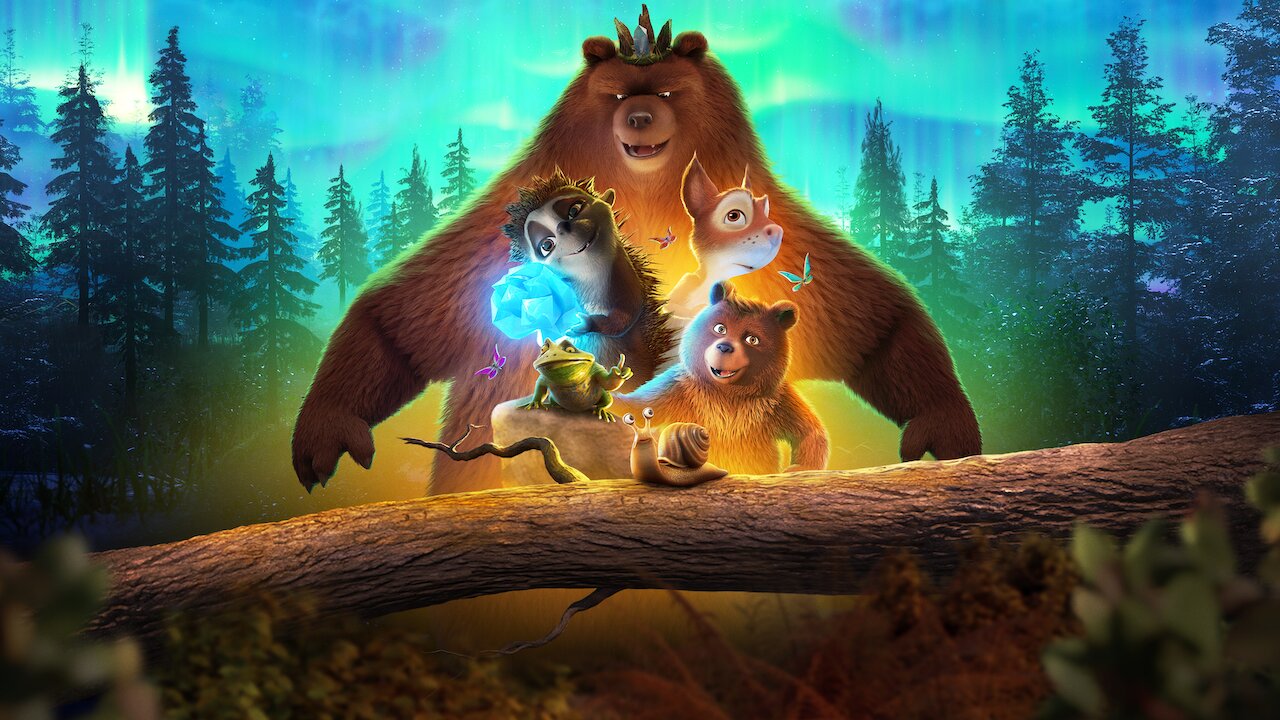 When I was growing up, in terms of animated films, there was Disney and then there was everything else—and the gap between the two was a big one. While the House of Mouse and Pixar still hold the number-one spot, there are a number of good animation studios around now, and a lot choose from when picking a feature for the kids. But when I’m reviewing an animated film, one factor I take into consideration is the question, “Would I have enjoyed this when I was little?”

Latte and the Magic Waterstone (or Latte Igel und der magische Wasserstein) is a German import that has been dubbed and lightly tweaked for American audiences and released under the Netflix banner. It follows the journey of a young hedgehog named Latte (voiced by Ashley Borenstein), a spunky and spikey little misfit who lives among the other animals in the forest, but is never accepted as one of them. She claims to be a Princess, and insists that one day her father, the King of the Hedgehogs, will return. But no one believes her, least of all the young squirrel Tyum (Cameron Hastings), whom she is always antagonizing.

The forest these critters inhabit is facing a drought, and when Latte’s antics cause the small water supply to be emptied, a panic ensues. When a bird tells the other animals the tale of a magic waterstone that was once the source of all water in the forest, only to be stolen by the Bear King, Latte decides to bring back the stone, and Tyum is assigned to join her on this quest. The bickering duo must learn to work together as these unlikely heroes find themselves on the most challenging adventure of their young lives.

The animation here varies a bit in quality, and some characters almost appear as if they haven’t been fully rendered. While the overall quality is only slightly above the level of a morning show on Disney Jr., the characters are cute and kids won’t mind. The larger problem lies in the surprising lack of humor, which I attribute in large part to the fact that this was made as a German-language movie and the English dialogue has been designed with the top priority of syncing up with the original mouth movements. By the final third, we start to spot signs of attempts to be amusing, but any jokes are on the same level of sophistication as the ones my four-year-old nephew writes, and without his impeccable sense of comic timing.

It was somewhere in this final third, which thankfully picks up the pace on the action, that I really asked myself the above question “would I have enjoyed this when I was little?” The answer that I came back with was that, as a child, I enjoyed some animated movies that were not nearly as good as this one. But back then, in the days of hand-drawn animation, our choices were a lot more limited. In the CGI age, it’s not at all difficult to find something your little ones haven’t seen. You can certainly do worse than Latte and the Magic Waterstone, but you can also do a lot better. The film is pleasant, cute and innocuous enough, but it’s less a question of whether it will make for good repeat viewing than whether you and your kids will stick with it all the way to the end the first time around or simply go back to rewatch a classic on Disney+. –Patrick Gibbs