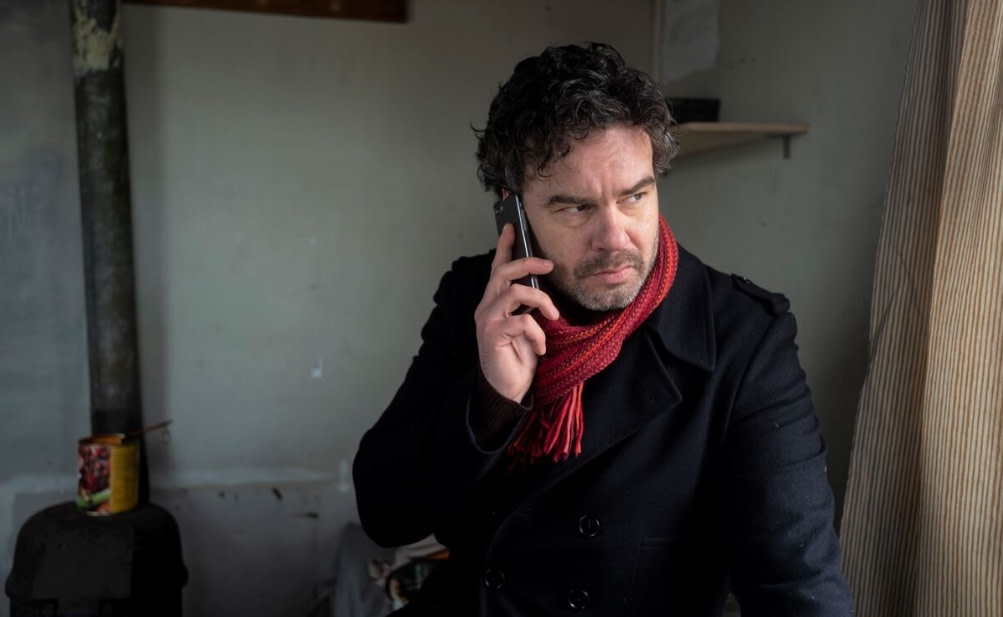 There are some mysteries too big to be solved, and there are some that are solved for us. Nr. 10 wants to tell you about both. The film, mostly in Dutch, follows a somewhat grumpy middle-aged actor, Günter (Tom Dewispelaere), as he prepares for his latest stage performance. Due to some difficulties involving Günter’s intimate relationship with the director’s wife and an actor that can’t seem to memorize his lines, the play isn’t running smoothly. Unbeknownst to Günter, he’s being followed by his daughter and monitored by some Catholic priests. What happens next is nearly impossible to predict, and it certainly won’t be expected.

Instantly recalling old Twilight Zone episodes, Nr. 10 is without a doubt an interesting film. Like the famous show, the tone is eerie. The lighting is dark, some of the dialogue is suspiciously mysterious. Even before the twist, the relationships between the characters are watchable, if somewhat bizarre and out of place. Günter’s actions at first seem normal, but slowly decline into insanity, beginning with a refusal to visit a doctor’s office and ending with an alarming act of violence towards a co-worker. Director Warmerdam is particularly apt at leaving Hitchcockian clues for the viewer throughout the film. Slight utterances of unclear yet obviously significant dialogue abounds.

Warmerdam wants you to guess what’s about to happen next, but there’s almost no way to figure it out until you’ve seen it. The film is neither too subtle nor too obvious in crafting his story, but it nevertheless feels a bit disjointed, because the first half is so entirely different from the last. The end of the film is abrupt and occurs without explanation, but is nevertheless haunting and thought-provoking, just like The Twilight Zone. While the beloved tele-mystery walked a fine line between too little exposition and not enough sinister mystery, Nr. 10 doesn’t replicate the true genius of its predecessor. However, the film still provides enough food for thought that makes it worth the watch.

In interrogating the past of his main character, Warmerdam cleverly invites the rest of us to examine what we think we know to be true, which is perhaps the greatest mystery of all. The film is essentially about where Gunter comes from, but where exactly that is beyond his (and the viewers!) wildest expectations. Likewise, Warmerdam wants us to ponder the fact that the mysteries of the universe may be too big for the human race, but even so, the film suggests that the human race itself is the more important mystery. Nr. 10 understands what it means to be a sci-fi film, even if it has some trouble connecting the dots. –Mickey Randle