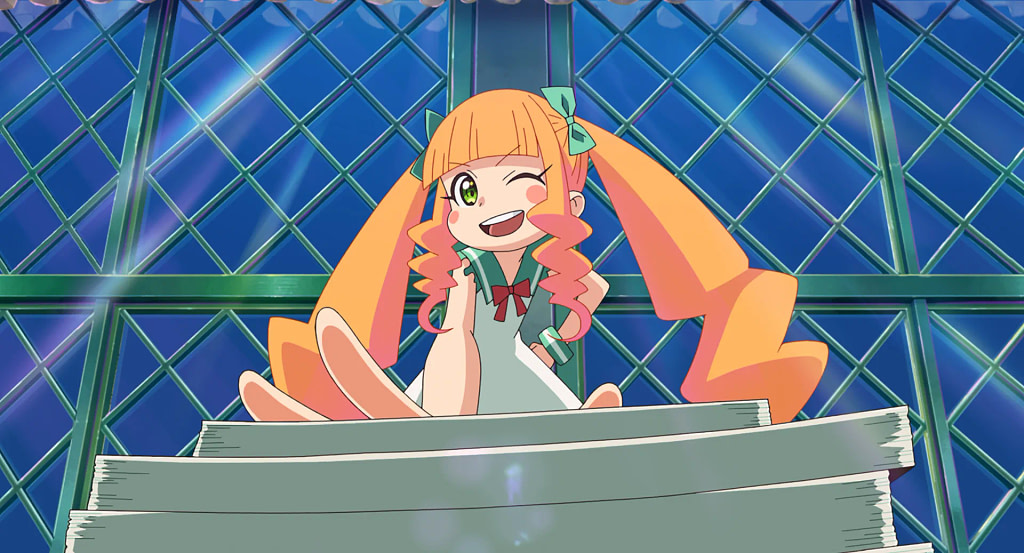 The fan base of the original manga would indicate there's an audience for Pompo: The Cinephile, but its appeal and audience feel specific and niche. Photo Courtesy of Clap Animation Studio.

If there are two genres in particular that require an “if you like that sort of thing” epithet, those would probably be anime and movies about making movies. As such, Pompo: The Cinephile, an anime film about the power of moviemaking, is hardly going to be for all tastes.

Pompo: The Cinephile, based on a popular manga series of the same name, takes place in “Nyallywood,” which is apparently the moviemaking hub of the entire world. The titular character is a bizarre, perky, little blond waif who is part Pippi Longstocking and part Jerry Bruckhiemer. Joelle D. Pomponette, aka “Pompo,” is the most powerful mogul in Nyallywood, having been entrusted by her loving grandfather to run the family movies studio. The lovable little sprite with golden locks is known for making big bucks with blockbusters full of bangs, booms and busty bikini babes with bodacious bods bouncing on the beach and blasting baddies (Pompo only makes “B” movies).

One day,  Pompo decides to play fairy godmother to her young production assistant, Gene Fini, when she chooses him to direct her new script: a grand, serious work of art called Meister. It seems that Pompo can tell that Gene is special because there is no “sparkle” in his eyes, which means he’s miserable, a true artist. Pompo hires Martin Braddock, the self-proclaimed “greatest actor who ever lived”—who is clearly modeled after Marlon Brando—and starts Gene on his path to destiny. But will Gene succeed? Does he really have the soul of a filmmaker? Is Pompo a ten year moppet or some sort of weird, ethereal ageless Polly Pocket? And what exactly is her relationship with the bevy of scantily clad beauties she gleefully ogles and orders around?

Director Takayuki Hirao throws you into the deep end of weird for weirdo’s sake anime wackiness and tells you to swim, but once you start to get the hang of a few basic strokes, Pompo: The Cinephile is surprisingly buoyant. There are sequences of Gene visualizing and editing his film—imagining himself as part orchestra conductor, part samurai—that are beautiful and inspired, and sure to speak to anyone who makes movies. The visuals are sumptuous throughout, and I found myself caught up in the story.

I also found the conceit that pain and sacrifice are prerequisites for being a true artist to be cursory and simplistic to the point of being worrisome. Yes, hard work and focus are required to succeed, sometimes at the expense of friends and family. And there’s no denying that some of the brightest light shines from a place of darkness. Still, Pompo: The Cinephile comes dangerously close to glorifying mental health issues and asserting that self-centered narcissism is not only justified but admirable. It’s a bit like watching Willy Wonka tell Charlie, “Just don’t take your meds, and for heaven’s sake, don’t let yourself love or be loved by anyone, and all of this chocolate can be yours!”

Pompo: The Cinephile has a lot going for it, and it’s a great movie to screen and discuss in film classes, Still, it may be too heavy on the anime sensibilities for some, and it’s almost certainly too laser focused on the Hollywood system and the filmmaking process to connect with anyone who doesn’t already have a strong interest in the subject. The fan base of the original manga would indicate that there is an audience for Pompo: The Cinephile, but I can’t picture it truly appealing to anyone outside of its very specific niche. –Patrick Gibbs