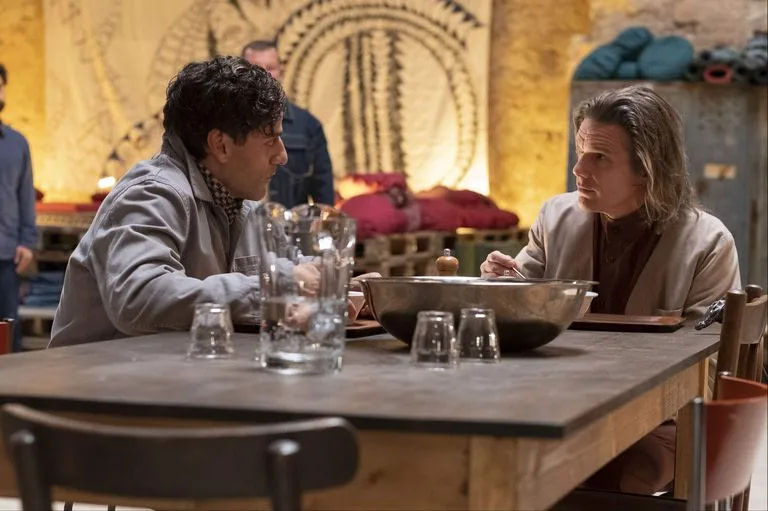 Moon Knight stands as something new and exciting in a way that nothing since WandaVision has been able to accomplish. Photo Courtesy of Disney+

Created for Television by Jeremy Slater
Premiering on Disney+ 03.30

The television forays into the Marvel Cinematic Universe have stayed in mostly familiar territory, or at least given us protagonists with whom we are already well acquainted, in cases such as Loki or WandaVision. There are no such safety nets for Moon Knight, the bold new six-episode series starring Oscar Isaac—it’s a surprisingly marvelous change of pace.

Moon Knight introduces us to Steven Grant (Isaac), an unremarkable man who works at a museum gift shop and has a somnambulistic sleep disorder that requires him to shackle his legs to the bed at night. As it turns out, Steven’s blackouts and memories of what he believed to be dreams are actually symptoms of dissociative identity disorder: It seems that “Steven” shares a body with a mercenary called Marc Spector, who is tied to a deadly mystery involving Arthur Harrow (Ethan Hawke), a cult leader and follower of the Egyptian god Ammit. Harrow seeks to  “heal the world” and sees Marc, who as it turns out, has yet another alter ego, as an obstacle in his path.

Moon Knight is often dark and intense, with a surreal and existential quality that requires your full attention. It’s also quite funny and has a light, infectiously fun side that is almost whimsical. This really shouldn’t be a big surprise coming from Marvel, yet it is barely hinted at in the trailers. Series creator Jeremy Slater, who also developed The Umbrella Academy for television, sets a wild and frenetic tone that somehow manages to be accessible, in part due to the excellent direction by Mohamed Diab (Cairo 678, Eshtebak), who helmed the four episodes made available to critics. The visual style is slick and artful, and the story structure is creative and intelligent, jumping from action to comedy to mild horror so expertly that it’s intriguing without being off-putting or jarring.

Isaac, who spent far too long as one of Hollywood’s greatest, most underappreciated actors, is brilliant as Steven, Marc, et al., and Moon Knight a perfect vehicle for both his versatility and charisma. The choice to deliberately portray Steven with a consistent but never entirely convincing English accent is a risky one that pays off and makes him endearing while establishing his true nature. A lesser lead could have easily prevented Moon Knight from working as well as it does, and it’s a performance that may be an Emmy contender. Hawke, who can be counted on to be brilliant in anything, is mesmerizing and powerful, making Harrow one of the MCU’s scariest villains.

Pairing the stars of Paul Schrader’s last two films is a strong indicator of how uniquely challenging and ambitious the material is, and Moon Knight has the potential to find a fan base among people who don’t normally watch superhero stories. There’s a touch of the very best works of Terry Gilliam combined with a bit of Indiana Jones by way of Robert Ludlum, and it all makes for thrilling and engrossing entertainment that left me eager for more when each episode came to a close.

Moon Knight stands as something new and exciting in a way that nothing since WandaVision has been able to accomplish, and anyone who wants to see Marvel stepping outside their comfort zone while still managing to keep many of the elements that have put them on top has every reason to feel exhilarated by this smart and wild ride. –Patrick Gibbs