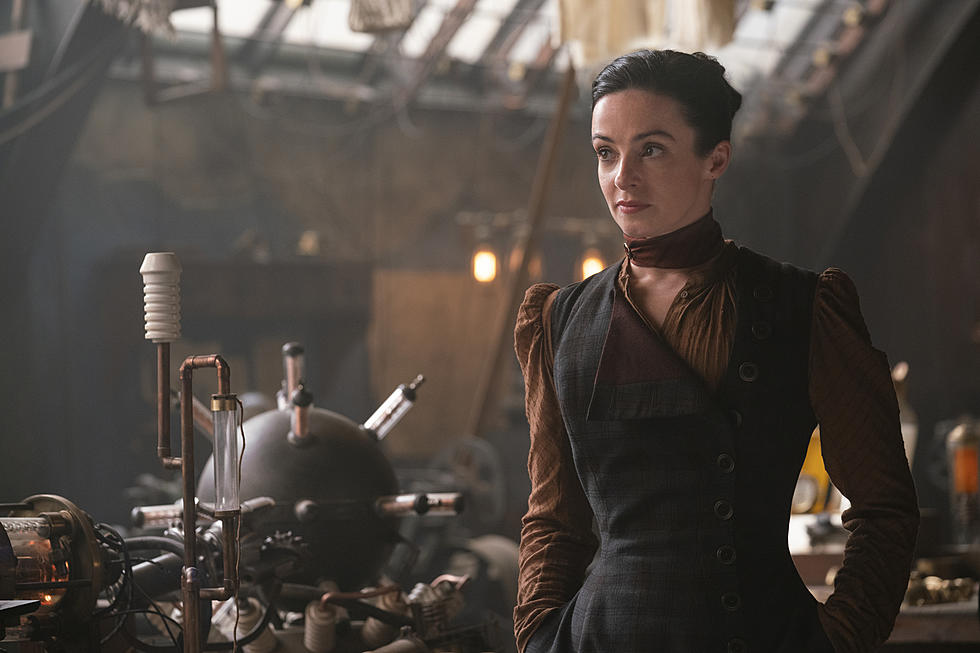 The Nevers
Created by Joss Whedon

Riddle me this: What do you get when you cross X-Men with Wild Wild West and Guy Ritchie’s Sherlock Holmes, and toss in plenty of Game of Thrones debauchery, blood and pus for good measure? Well, if you’re Joss Whedon, you get fired. Oh, I know that the official story behind Whedon’s exit from The Nevers was that he stepped back because he was exhausted, and trying to do a show on this scale was too stressful during a pandemic. Bullshit much?

As a fan of Firefly since long before it became fashionable, I really wanted to just be excited about this show. But the seriousness of the allegations of toxic behavior by Whedon, including sexual harassment, verbal and emotional abuse and racism, are impossible to brush aside. In light of Charisma Carpenter’s statements, Ray Fisher finally being able to come forward and speak his truth in detail this week, as well as the statements of people backing them up, the shadow that is cast over the show is a large one, and a very dark one. As an artistic endeavor and a piece of entertainment, The Nevers is something that warrants review, but not without emphatically stating that we in no way endorse Whedon or his actions, or wish to downplay their severity.

The Nevers takes place in 1899, in the last years of Victoria’s reign, when London is rocked by a supernatural event that gives certain people, mostly women, abnormal abilities, each one unique and never described as a mutation because that would verge on copyright infringement. The “Touched” form a new underclass of society who’s feared and hunted. Among them are Amalia True (Laura Donnelly, Outlander), a mysterious, quick-fisted widow, and Penance Adair (Ann Skelly, Vikings), a brilliant, young inventor. Together, these heroines protect and shelter the gifted, but to do so, they must face brutal forces who are determined to annihilate their kind. Meanwhile, Inspector Frankie Mundi (Ben Chaplin, The Remains of the Day, The Thin Red Line, The Dig) investigates a series of grisly murders at the hands of a supposedly Touched— and highly dangerous—serial killer.

The central performances are strong. Donnelly has a “big damn hero” presence in the best tradition of Whedon protagonists, and her chemistry with the utterly charming Skelly is a treat. Eleanaor Tomlinson (Jack the Giant Killer) is enchanting as Mary Brighton, who possesses a super-powered gift of song, and the ever reliable Chaplin really sinks his teeth into the role of the Inspector. But James Norton (Flatliners, Little Women), a fine actor, is downright tedious as Hugo Swann, a wealthy pansexual gadabout whose main purpose in the story seems to facilitate a steady stream of topless women who are in his company, along with the occasional man who is just there so Whedon can play the “woke bae” card and claim this isn’t about objectifying women; we just don’t get it.

Swann allows for a level of Whedonism hedonism that, while it was always a part of his brand, is dialed it up to 11, since he’s working for HBO. I’m all fine with sexy for sexy’s sake, but here, most of it goes well beyond sensuality into just feeling tawdry and uncomfortable for no good reason, and it’s off-putting, to say the least. And then there’s the matter of Olivia Williams’ character, Lavinia Bidlow, a society matron whose charity work includes a secret “orphanage” as a haven for the Touched—including a preteen giant and a girl who speaks in tongues—and Lavinia doesn’t let the fact that she’s confined to a wheelchair slow her down. Sound familiar? There’s also a character who has to wear gloves all the time so she won’t hurt anyone, though her backstory is much darker than Rogue’s.

Whedon wrote for X-Men comic books in the not-too-distant past, and this is all, no doubt, supposed to be a clever nod, but it’s about as subtle as if Nathan Fillion’s Firefly character had just been called John Loner, Captain of The Millennial Condor. I was almost as confused by Nick Frost’s intrusive baddie Declan Orrun. In my head, I can’t help but imagine that Whedon told Frost that he was auditioning for the role of Fagin in Gangs of New York, and when Frost responded, “But Fagin is from …” Whedon snapped back with, “Oh, just snarl, be fat, say ‘fuck’ and stab things. I don’t take notes from anybody.” When The Nevers gets dark, it gets so dark that it feels like it’s about to stub its toe on the way to the toilet.

There’s really not much in the way of originality here, but originality has really never been Whedon’s strong suit. Firefly was never particularly original, but it was overflowing with so much personality that it just didn’t matter. At its best, The Nevers taps into that kind of charm quite nicely. It’s pretty hard not to get swept up into action sequences with Amalia and Penance speeding around London in a sleek, steampunk hybrid of the Batmobile and Chitty Chitty Bang Bang, and there’s a good amount of quotable dialogue, especially from the two leads.

The fight scenes are well-staged, and Donnelly throws herself into them with a ferocious gusto that’s thrilling to watch. Cinematographer Seamus McGarvey—who shot the first Avengers film for Whedon and is serving as director of photographer on Atonement, The Greatest Showman and other high-profile features—and production designer Gemma Jackson (Game of Thrones, Aladdin, King Arthur: The Legend of the Sword) create a sumptuous visual feast, though it’s one that’s on a bit of a budget.

There’s a lot that I really enjoyed about The Nevers, but it’s all over the place and frequently struggles to find its footing. In terms of where it stands as a one of Whedon’s works, it’s certainly better than Dollhouse, but it has a long way to go to reach Buffy and Firefly levels of inspiration. The four episodes that were screened were enough to make me look forward to seeing the fifth and sixth, but I’m not exactly going to be on pins and needles.

Beyond that, if the show is going to successfully keep going after Whedon’s departure, while I hope that it retains the elements that make it magical and exciting, I also hope it learns from his mistakes and corrects course from some of his worst decisions and tendencies. All things being equal, The Nevers has potential, but as it stands, it’s not quite where it needed to be, and since all things are far from equal right now, that’s a big problem. As to whether this is the last new series we see from the legendary creator, it’s a bit hard to root for a comeback when we have yet to hear even a halfhearted “I aim to behave.” –Patrick Gibbs